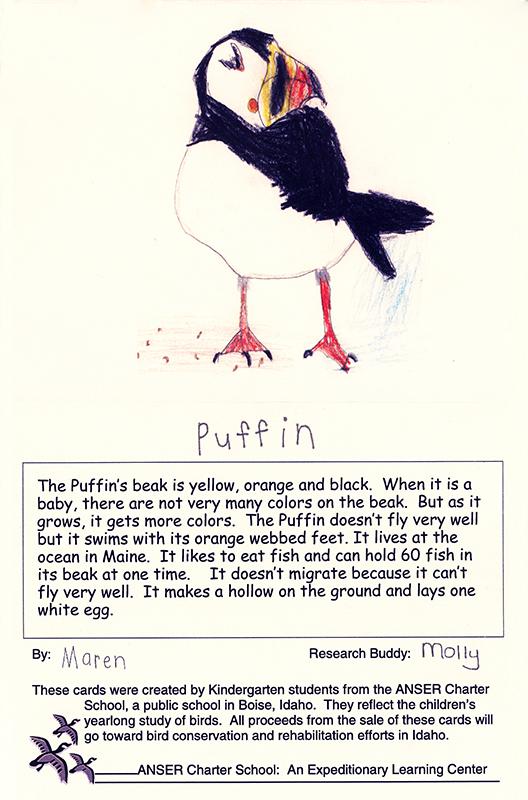 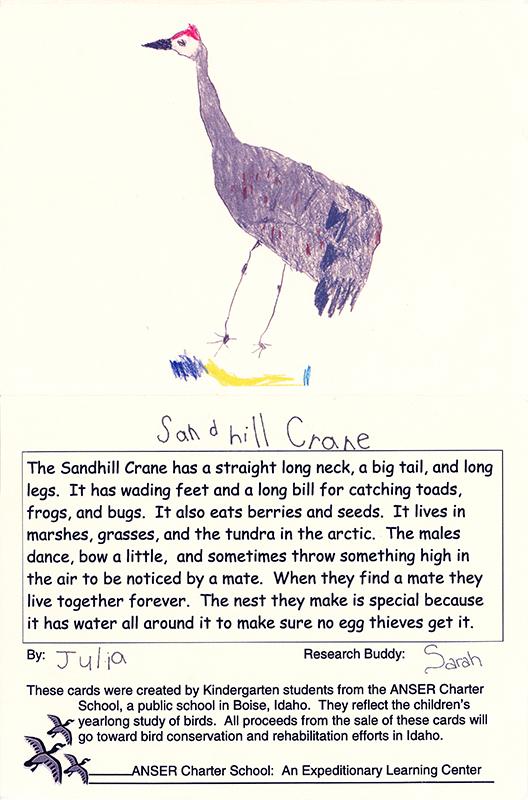 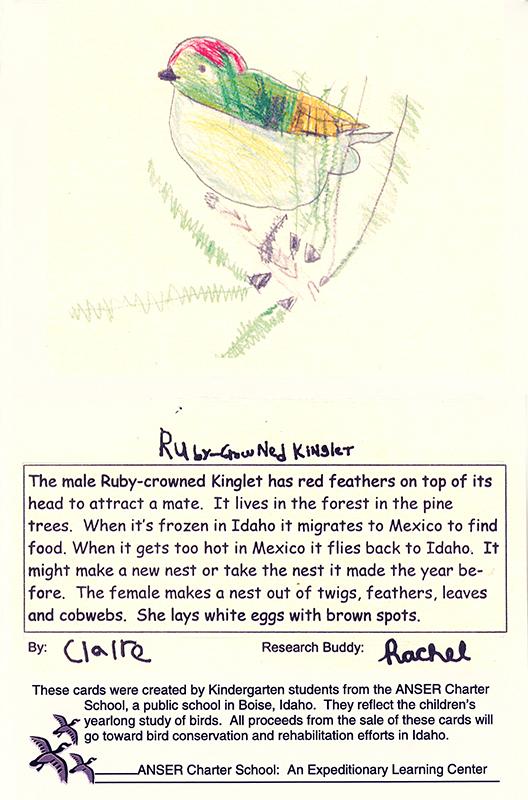 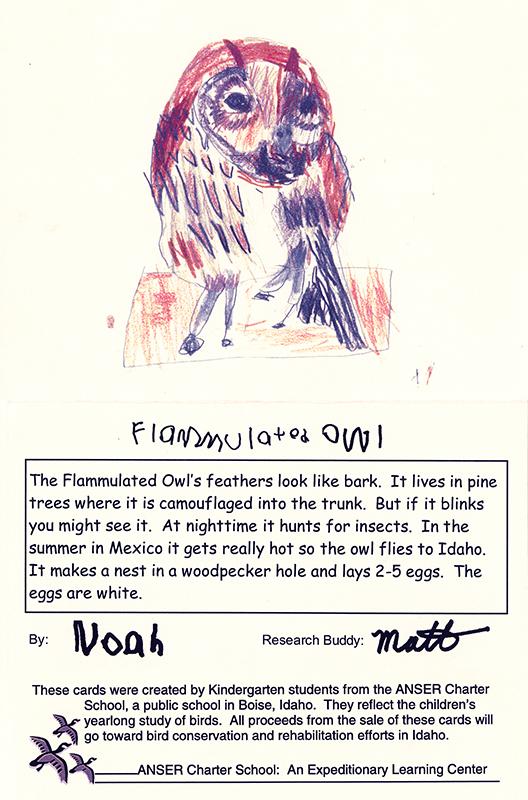 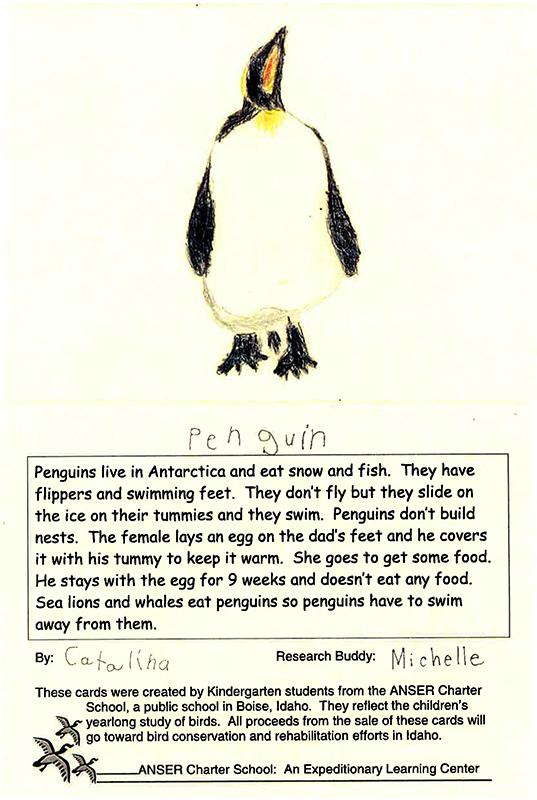 This set of note cards was created by kindergarten students from the Anser Public Charter School in Boise, Idaho as part of a year-long Learning Expedition on birds. The blank note cards were packaged in sets for sale to the public; among other settings, they were made available for sale at rest stops on Idaho highways. In collaboration with locally-based experts, and online birders from around the world, each student became a specialist in his or her specific species of bird. Through this process students became familiar with the extensive network, and mildly obsessive world, of “birders.” Each student also had a research buddy – an older student from his or her school, supporting research and writing skills.

On the front of each card is a scientific drawing that each student did of his or her bird. On the back is a student-written description of the bird that includes information such as visual identification, habitat, range, diet, and mating characteristics.

Both the scientific drawings and the written text progressed through multiple drafts. Rubrics for quality illustration and writing were co-created with students, and these were used to guide group and informal peer critique. For students who were emergent with writing skills, peer critique was done through “icons” in which students looked at each other’s drawings and gave feed by taking a post-it with a simple diagram on it (such as a beak) and placing it on the area they thought needed attention.

The note cards were sold as a means of generating revenue for “bird conservation and rehabilitation efforts in Idaho” and thus was also a service-learning project for students.