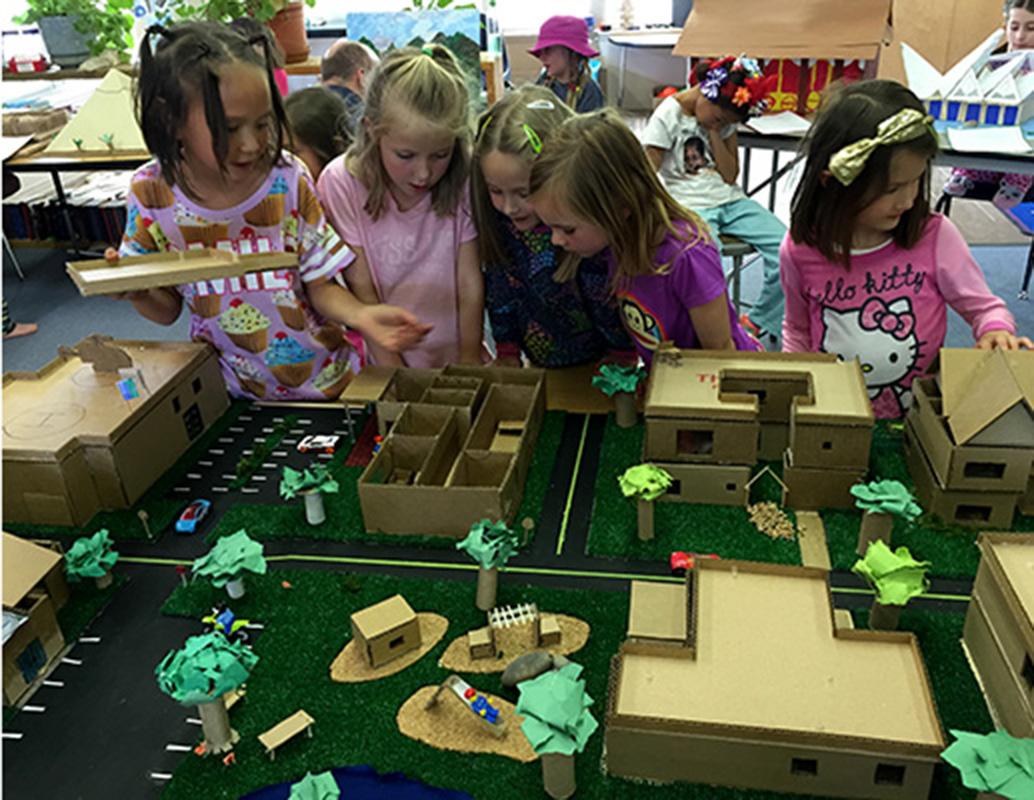 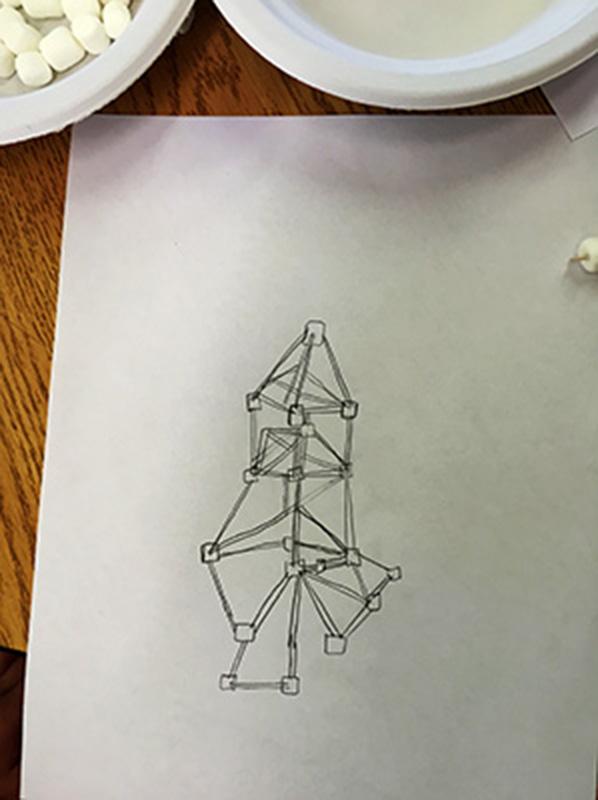 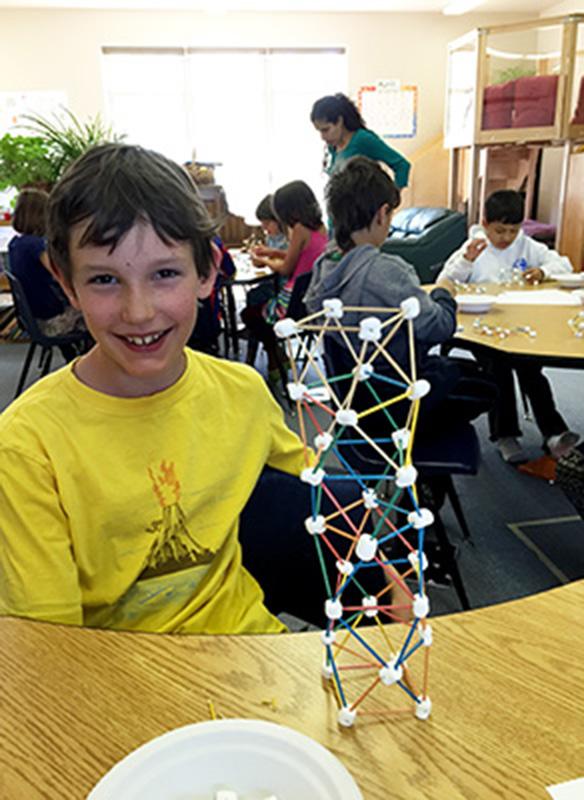 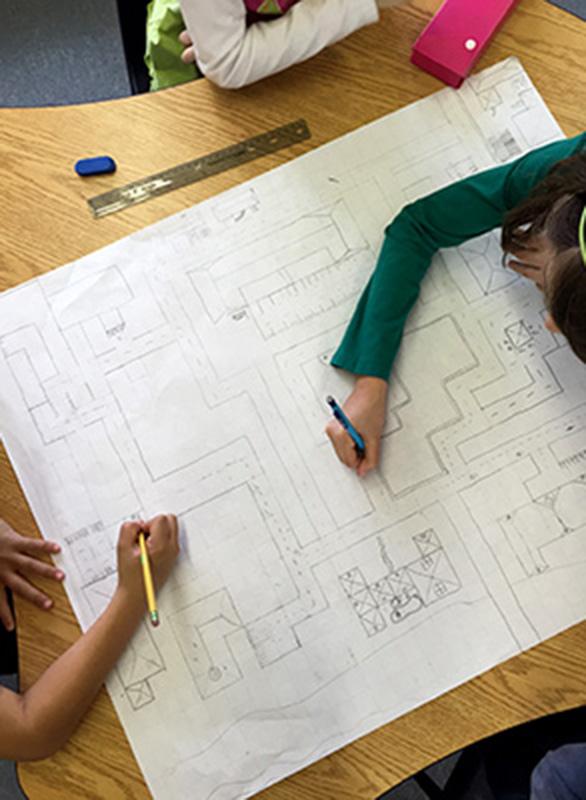 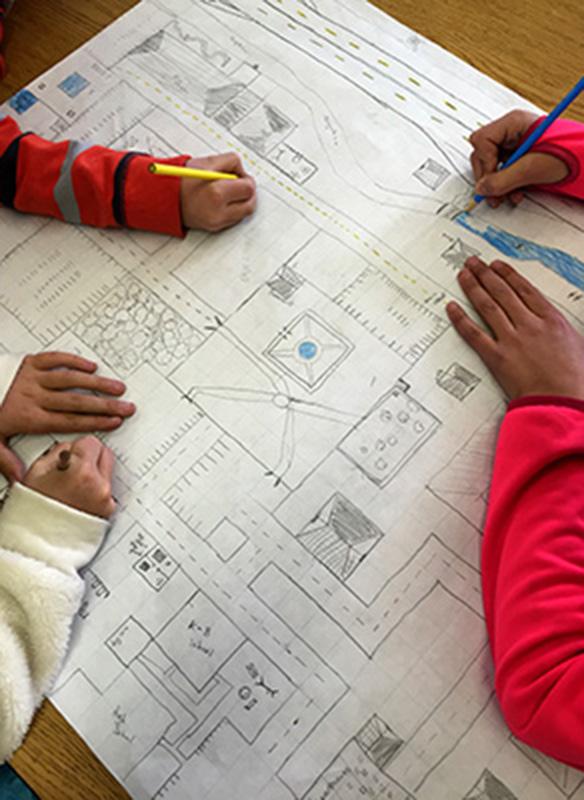 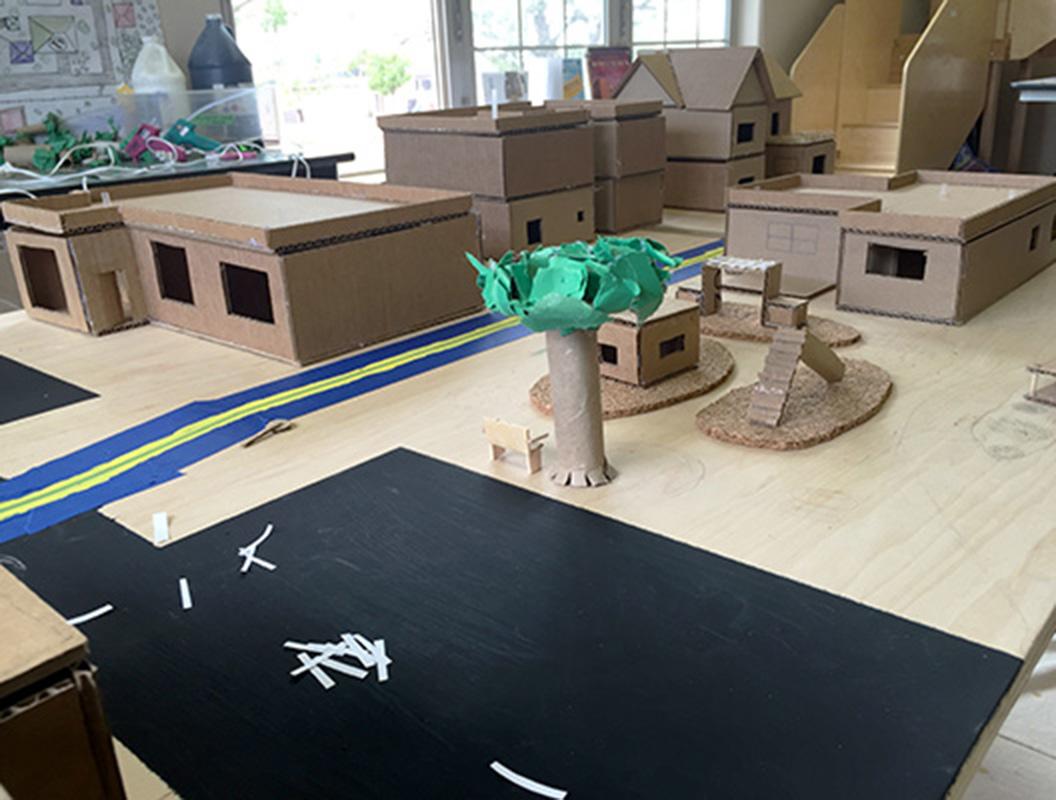 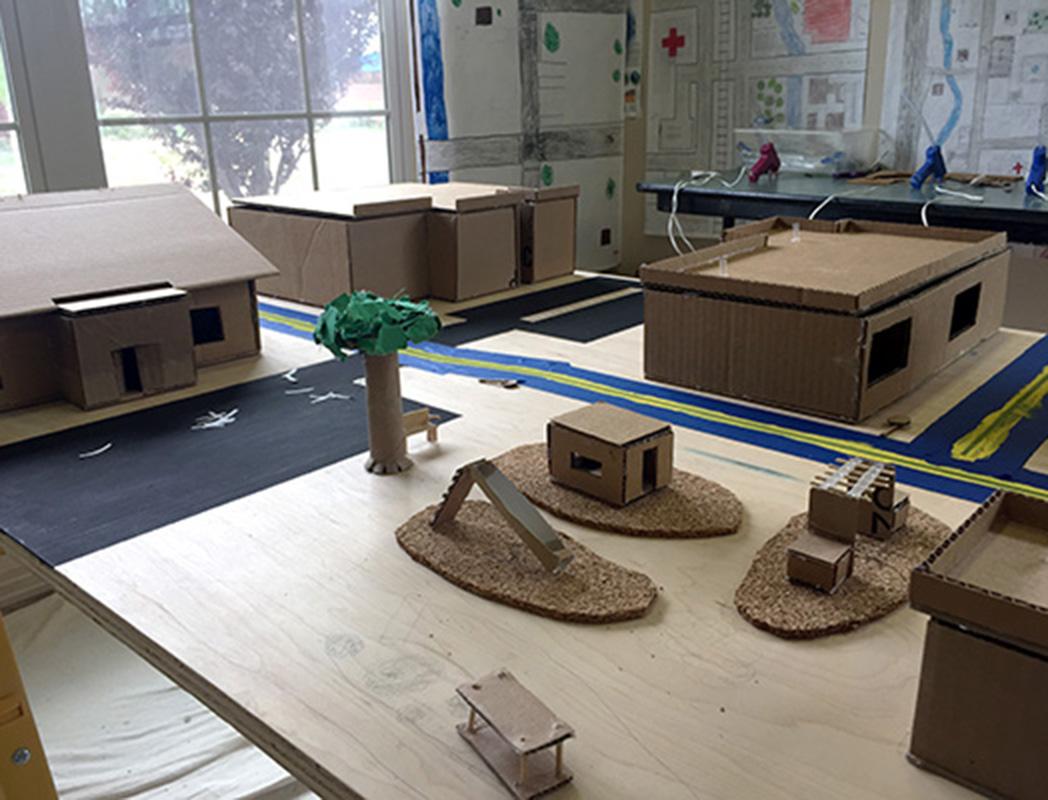 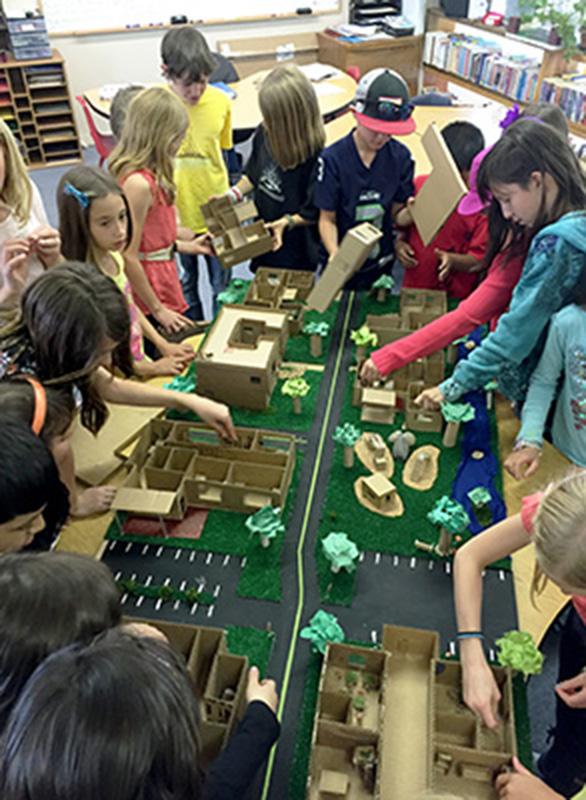 During a yearlong expedition, the 3rd and 4th grade students at Santa Fe School for Arts and Science explored animal habitats. They started with the question, "What do animals need to survive?" During the first semester. students learned about habitats in the animal kingdom culminating with a transformation of the classroom into six different habitats/biomes for an evening museum.

In making the transition from animal habitats to human habitats, the class looked at a few different examples of animal construction. The two case studies were spider webs and honeycomb. Webs were abundant around campus and the school’s beehive was used for an in-depth investigation into comb design, materials, and construction. They harvested and tasted some of the structure as well!

As they moved into forming their ideas and conceptions around building and structures in the human world, many children saw a connection between the webs, the honeycomb, and some man-made structures. This was evident in several of their initial structure designs that were done with mini marshmallows and toothpicks.

When they came to the building of Centaurtown, they realized that these connections, although not evident from an external view, did exist internally. Students saw polygon designs and similar angles in roofs and bracing. They noticed these were most apparent in the construction of bridges, towers and spans.

After finding some similarities between the rest of the animal kingdom's habitats and their own, they started exploring basic principles of engineering and construction. “What do humans need to survive?” and then "What is a city?" and "How are buildings made?" were a few of their guiding questions. After inviting in several experts (architects and the Mayor of Santa Fe were two of the experts) and doing some city planning of their own, the class decided to create their own city, Centaurtown. Each student was part of a group of engineers or designers who worked on every aspect of the planning and building process. The final product was a scale model (3'x6') of Centaurtown.