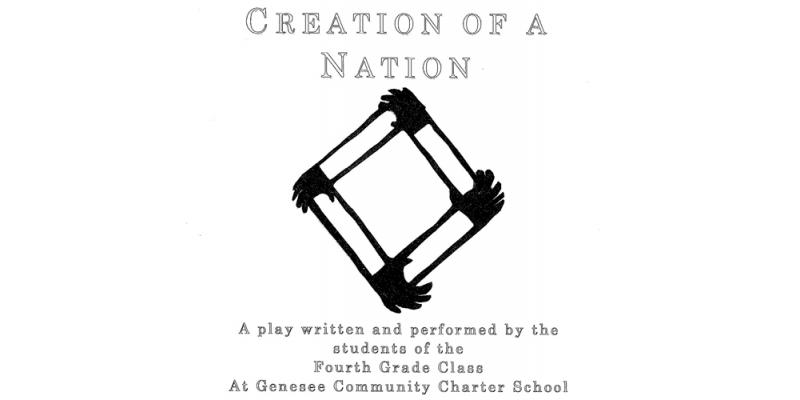 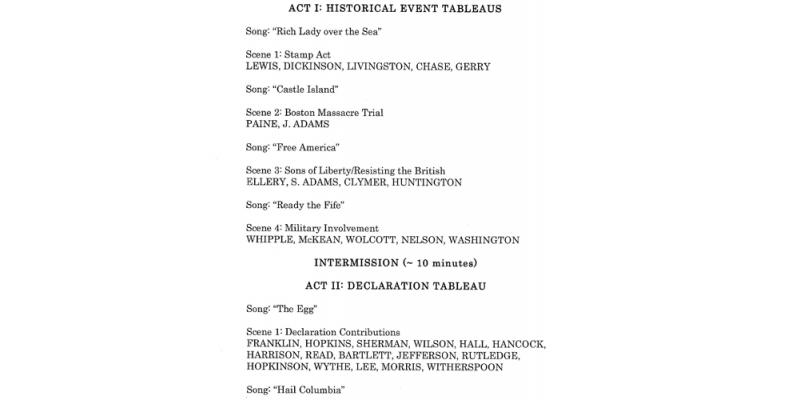 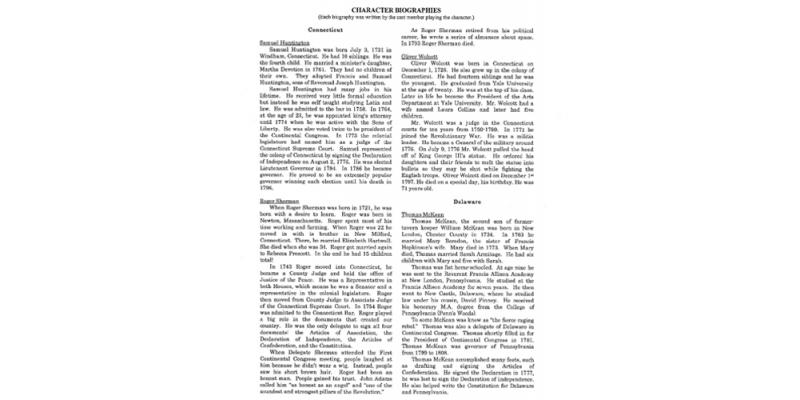 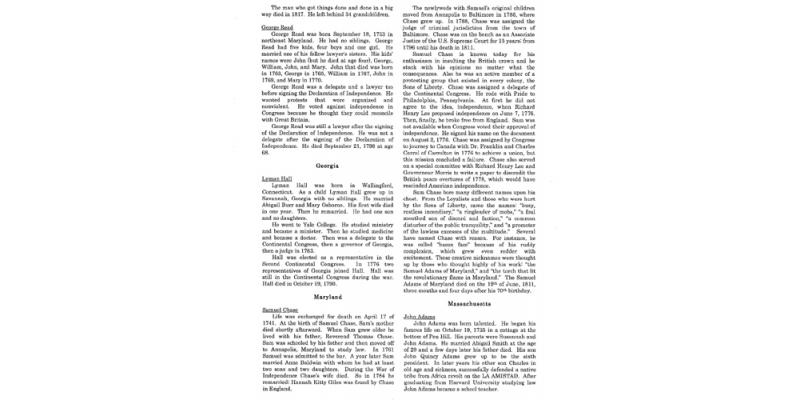 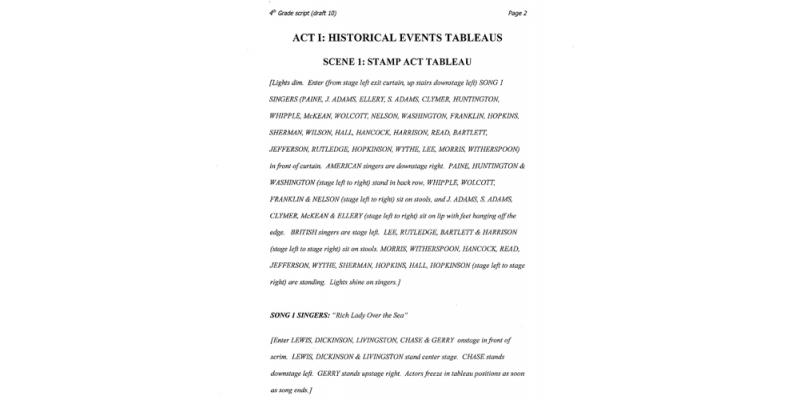 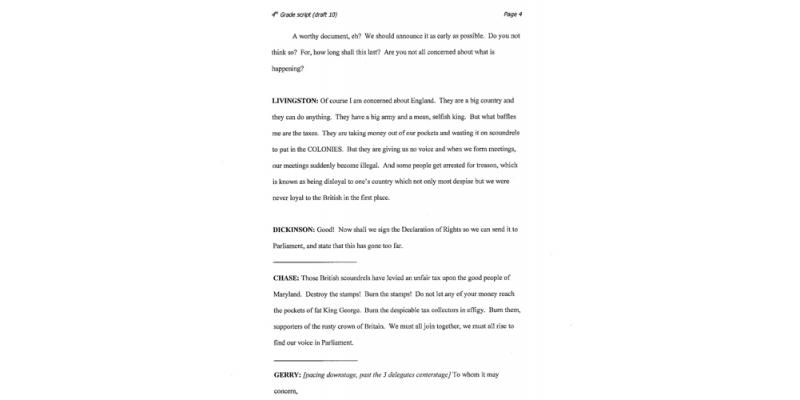 This script of a play was created by 4th grade students at the Genesee Community Charter School in Rochester, New York as part of a learning expedition on the Revolutionary War and the birth of the United States.

Students wrote, produced and performed this historical play. The final product includes biographies of each of the major characters in the play, the details of which form the background for the script. In their play, students attempted to document the major issues surrounding the creation of the United States.

Through their writing and performing (all students had roles), students participated in a thoroughly engaged way of understanding history, which helped make what could have been dry, isolated information feel connected and alive.

The play was performed at the Rochester Museum and Science Center.