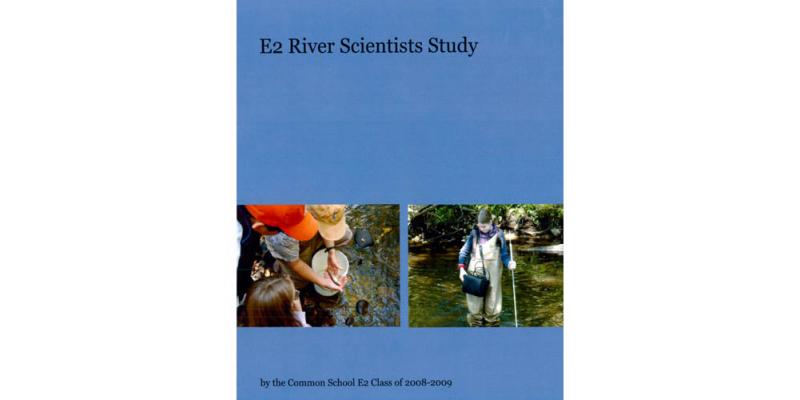 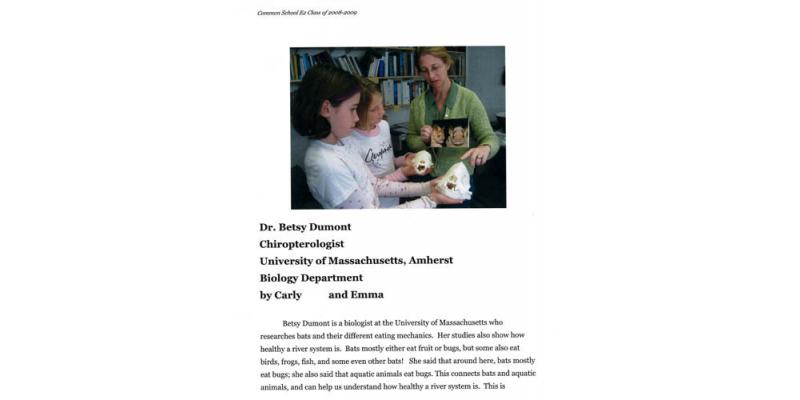 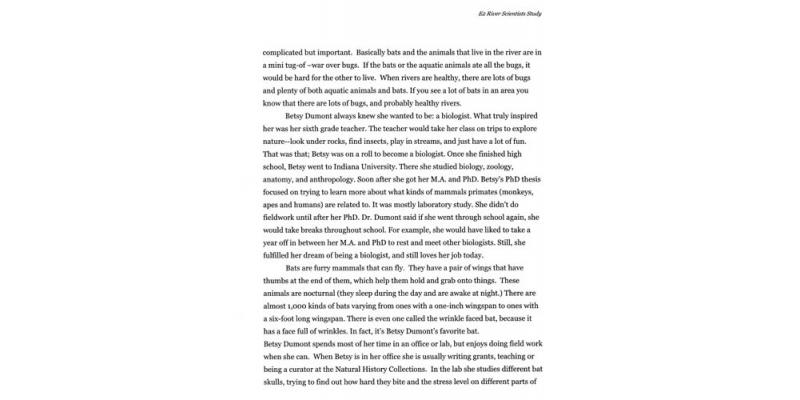 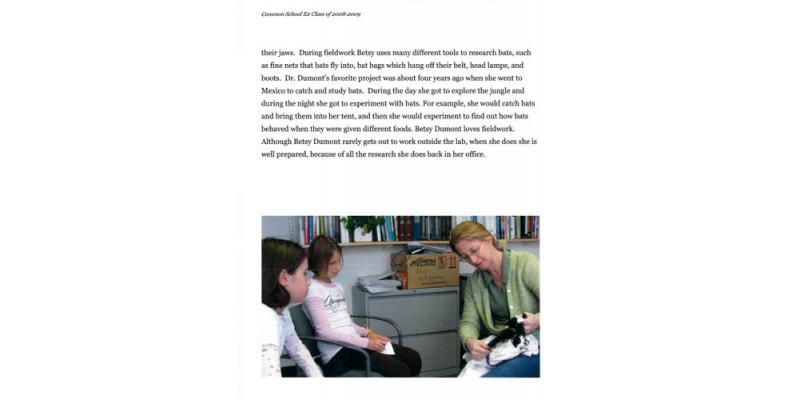 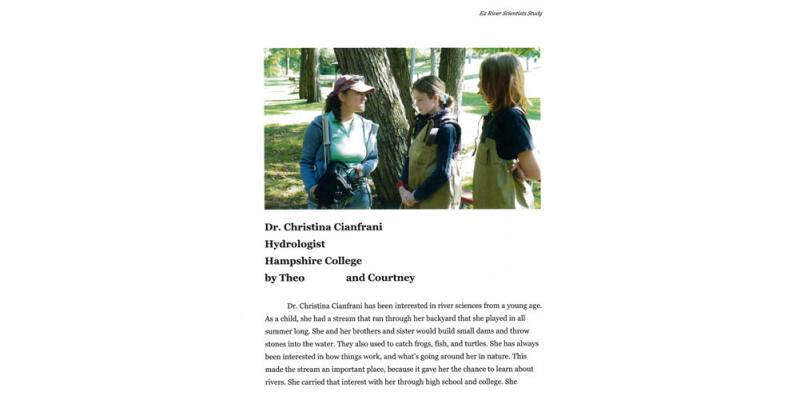 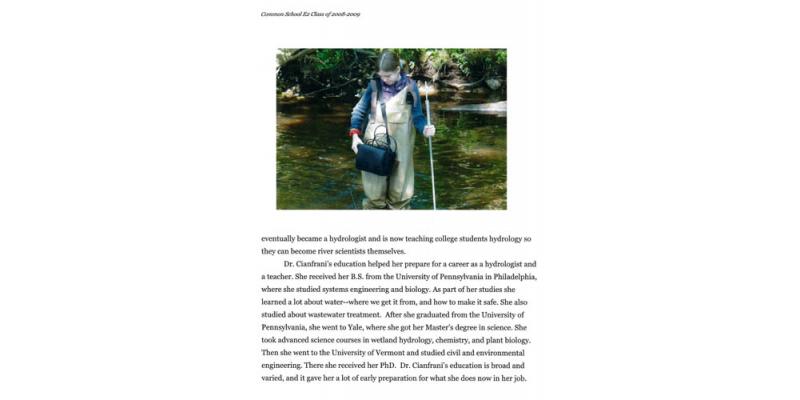 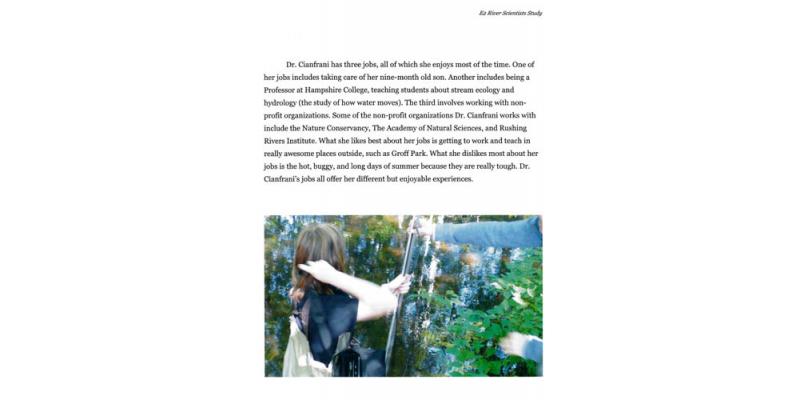 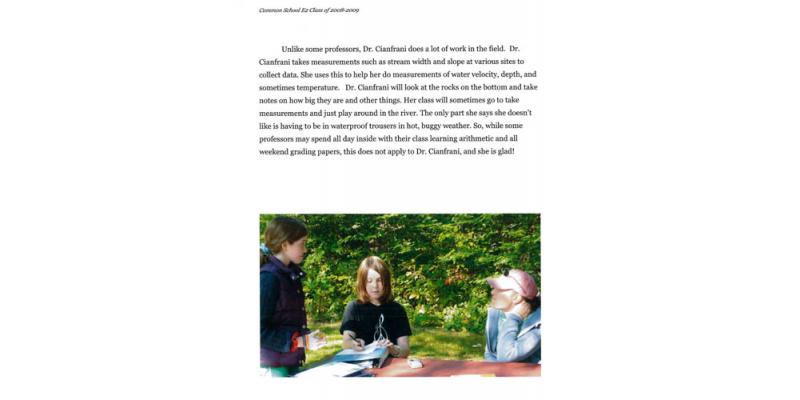 This book was created by fifth and sixth grade students at The Common School in Amherst, Massachusetts. As part of study of the local watershed, students interviewed and worked with local scientists who were involved with studying and promoting the health of local rivers, streams and wetlands.

The interview project and book was part of a longer investigation that included case study research and service work at the local Fort River.  Students were involved in water testing and cleanup at the river, and studied and monitored the river in fall and spring seasons.

Scientists interviewed for the book included those who worked primarily or exclusively with watershed studies, and scientists – such as a herpetologist and naturalist/educator – whose work intersected with river ecology. In some cases, students were able to engage in work alongside the scientists, collecting data in the field.

The published book was provided to students, scientists and available to the community, and was celebrated at an outdoor spring river festival at which students shared their research with the public.