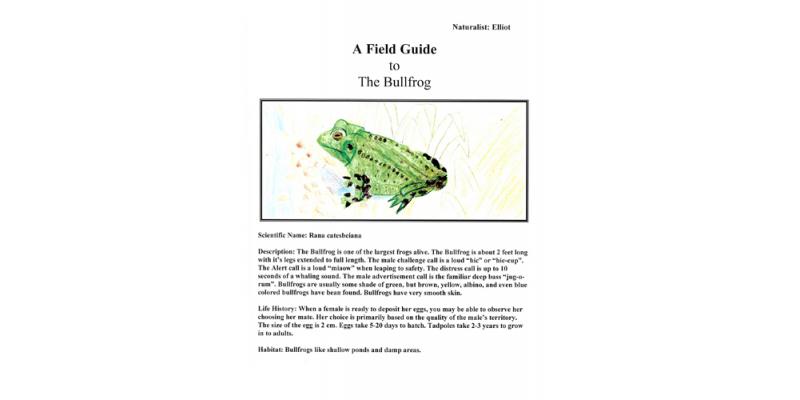 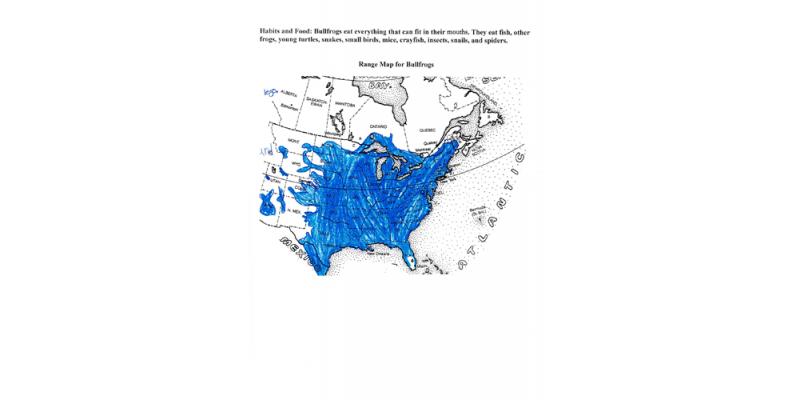 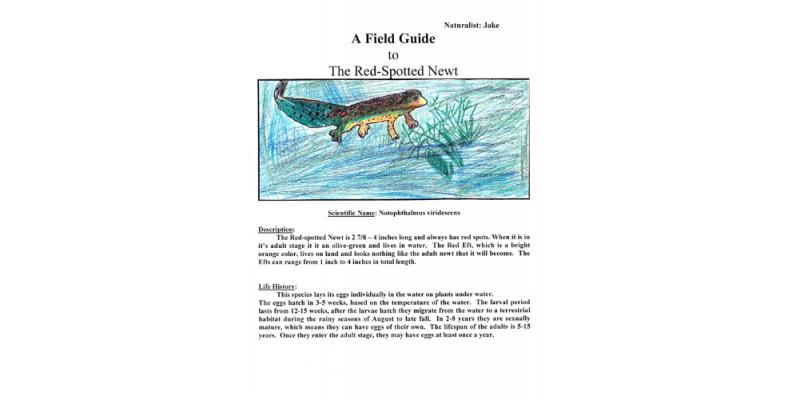 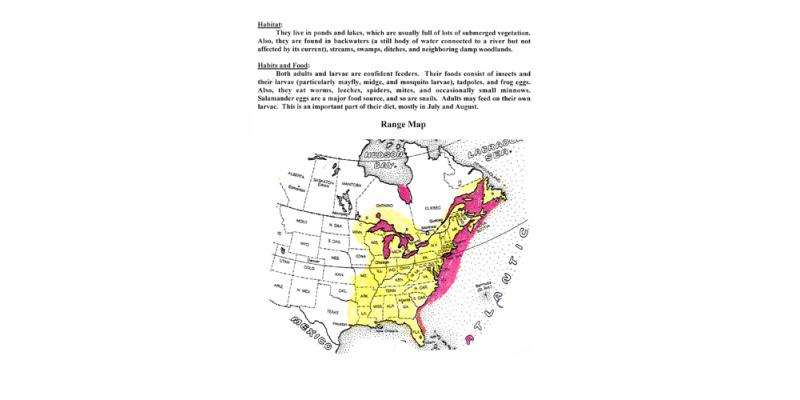 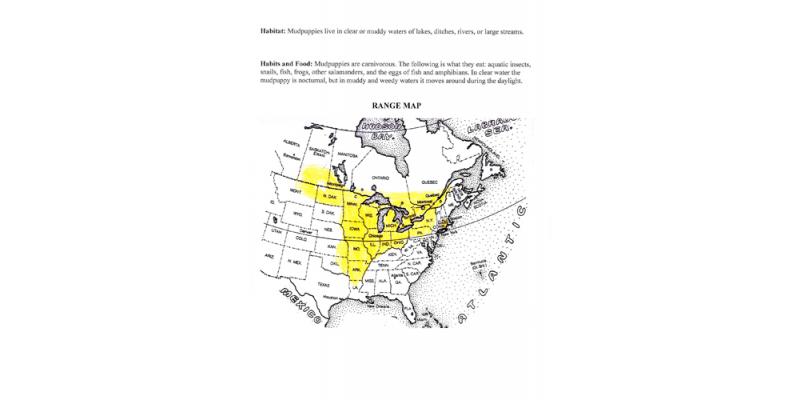 The Field Guide to Local Amphibians was created in the spring of 2005 by 4th graders at Shutesbury Elementary School, Shutesbury, Massachusetts. It was created as one aspect of a three-month Learning Expedition on amphibians.

The Learning Expedition had several unique features. First of all, students collected town data for a statewide amphibian census; they were likely the only contributors to the state census who were not adult professionals, and collected more data than other towns in the state. They discovered species in town that were not known by the state to be native. Secondly, students spent a considerable amount of time engaged in fieldwork in the town’s wetlands, woods and streams. Thirdly, students became real experts in amphibians, in part through their fieldwork and in part through their work with a local herpetologist.

Each student became an expert in one species of amphibian and submitted an entry to the class’s book. Each entry includes a written description, a colorful illustration and a map of that species range.

One class of students engaged in this same Local Amphibians Learning Expedition was engaged in a service project to build the world’s first sub-road salamander tunnels, to protect spotted salamanders in their mating journey to a vernal pond. The world’s first Salamander Crossing road sign was designed by a third-grade student from this class and erected beside the tunnels.