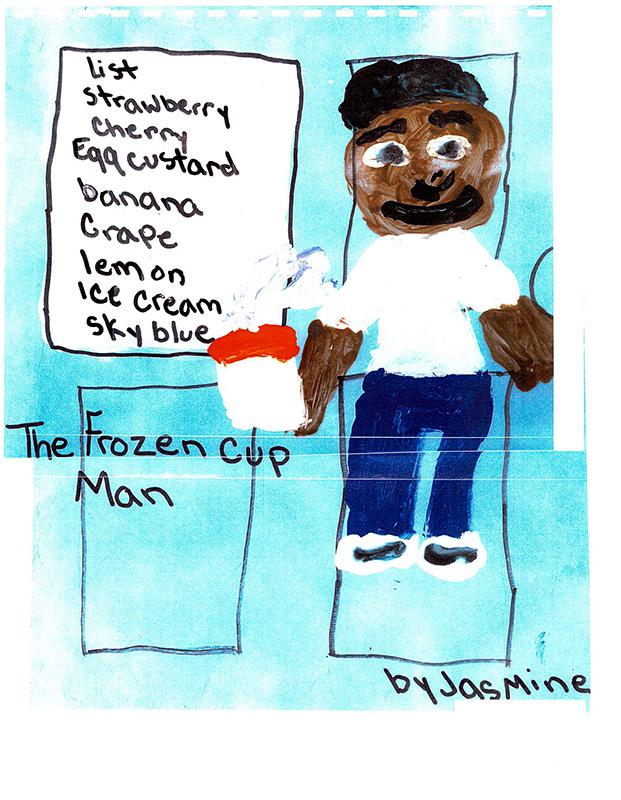 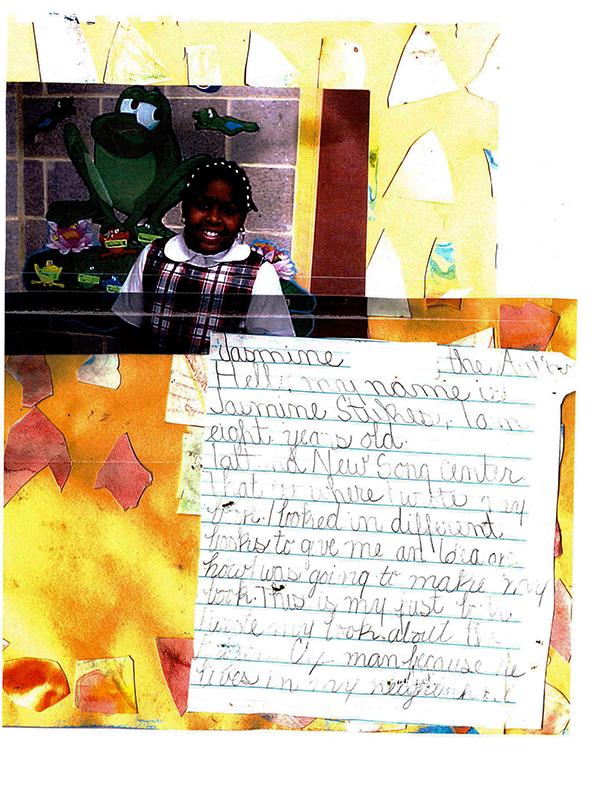 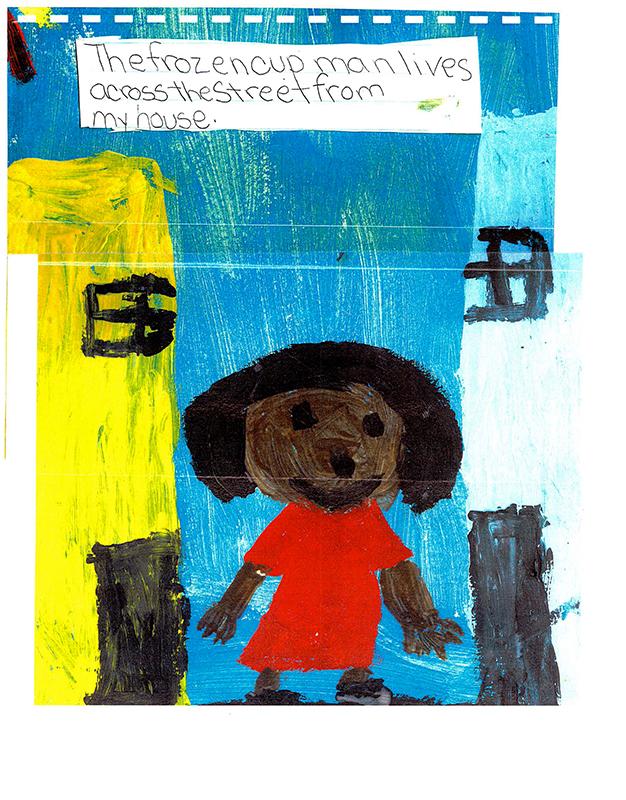 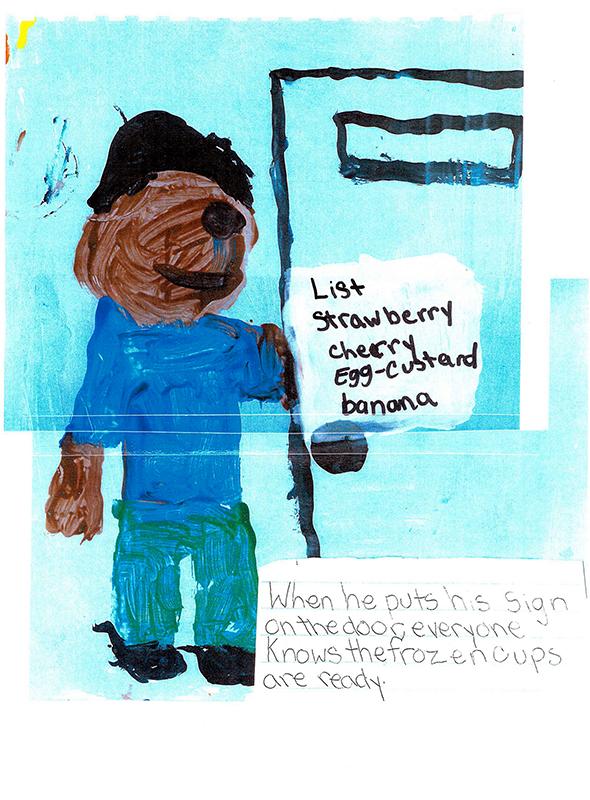 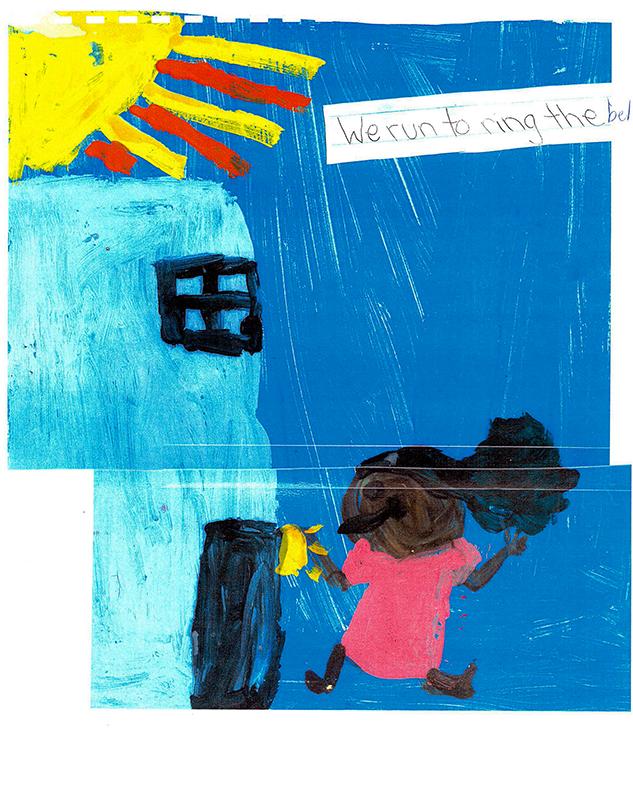 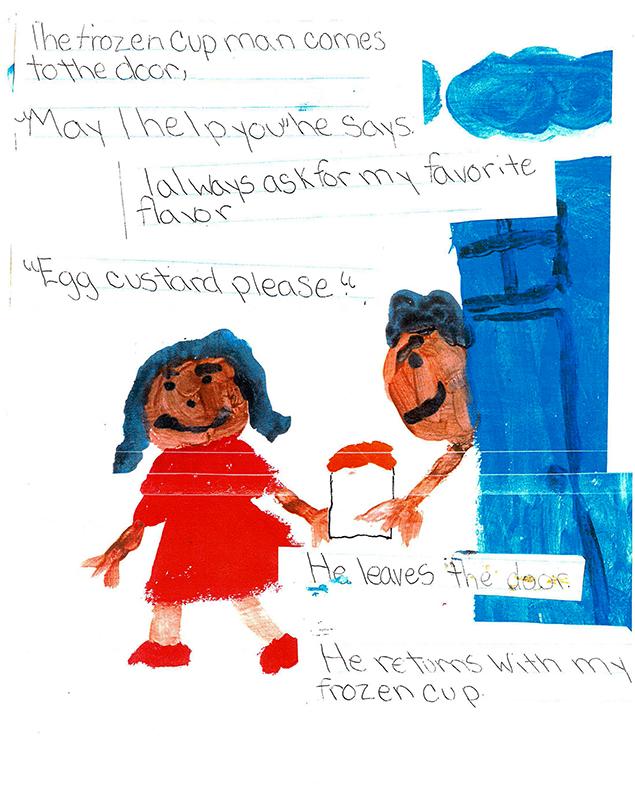 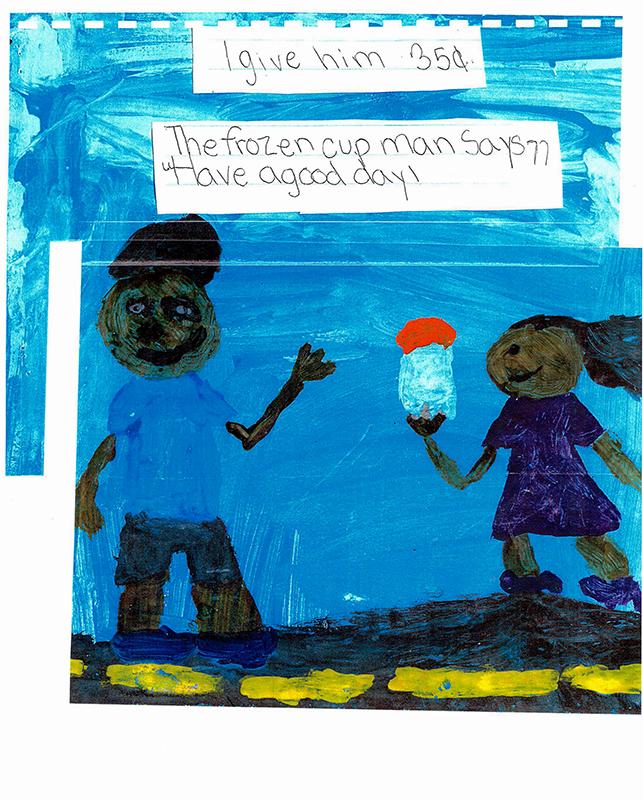 This children’s book for young readers was created by a third-grade student at New Song Academy in Baltimore, MD. It was part of a project of celebrating local heroes: people who contribute to help the community.

The neighborhood in which the school is based is one of extreme poverty: most residences have been boarded up and most businesses have closed. The author of this book, titled Frozen Cup Man, chose to honor a local man who made and sold frozen custard from his home.

Although his work could be seen by adults as modest contribution, for the students of the school, who had no access to stores or restaurants in walking distance, the house of the Frozen Cup Man was the one place where they could get treats, and he brightened up the neighborhood for them.

At a school ceremony honoring the local heroes, Frozen Cup Man was honored alongside better-known local figures, and for the first time students saw him dressed up in a sport coat and tie. He was very proud to be honored.

Community, Community, Who Do You Need?
Appreciation Gallery