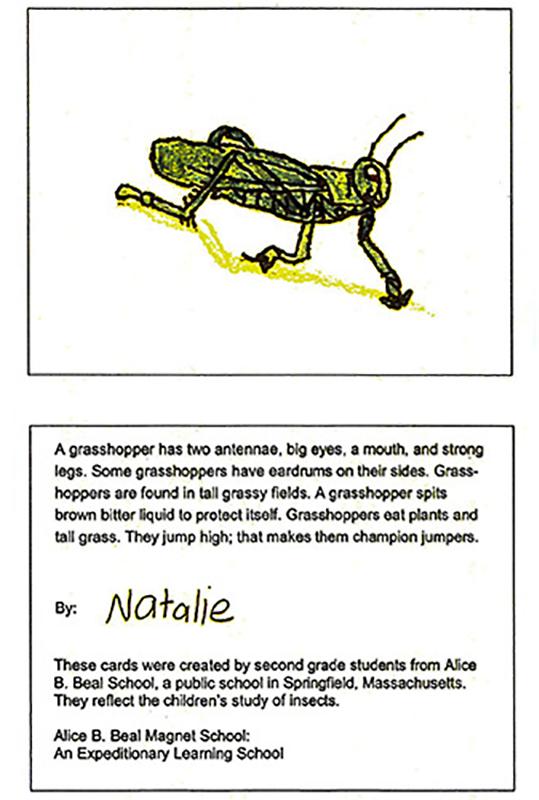 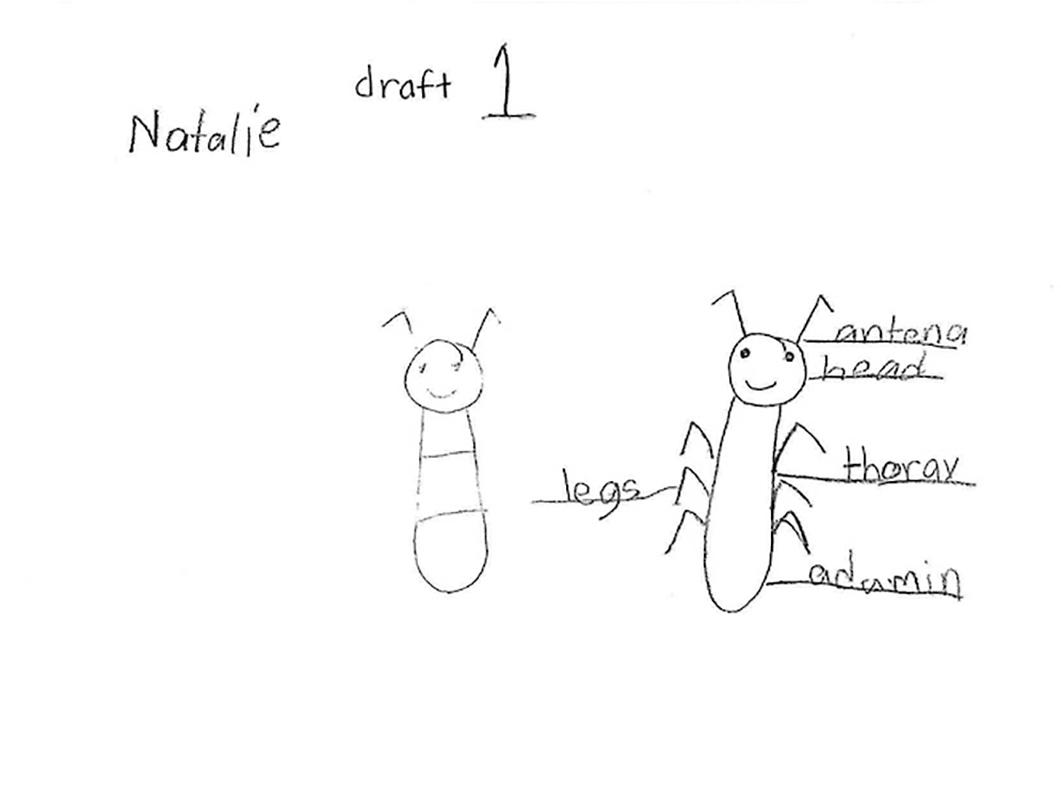 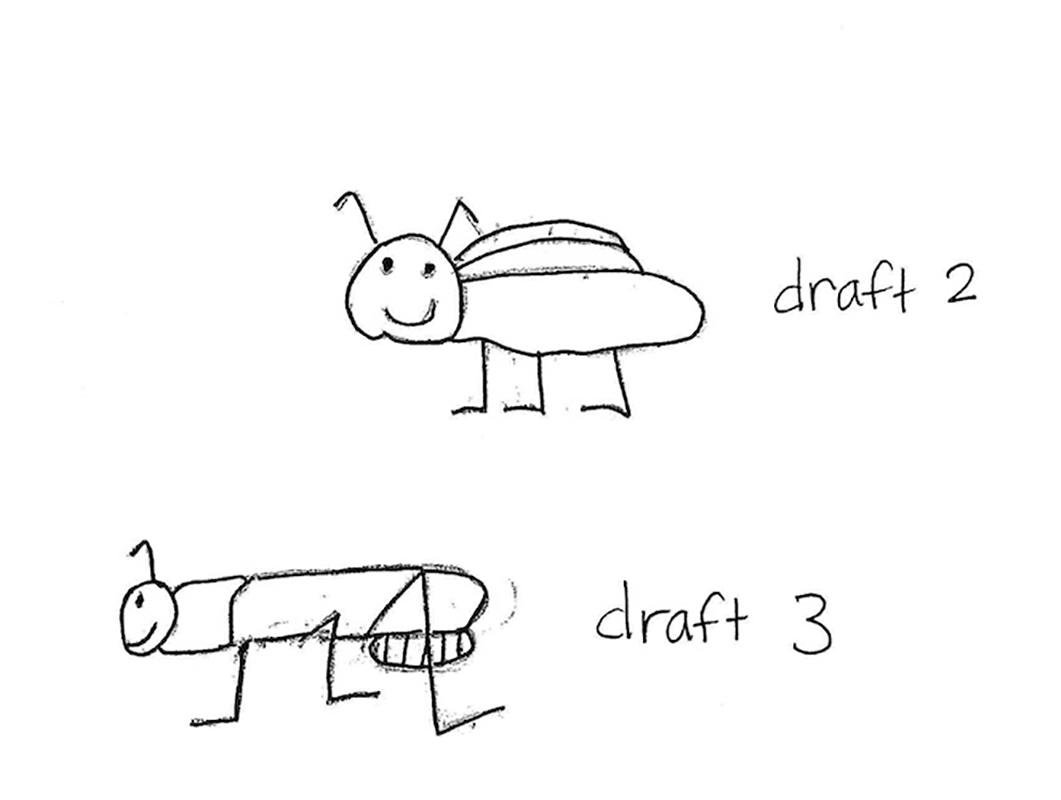 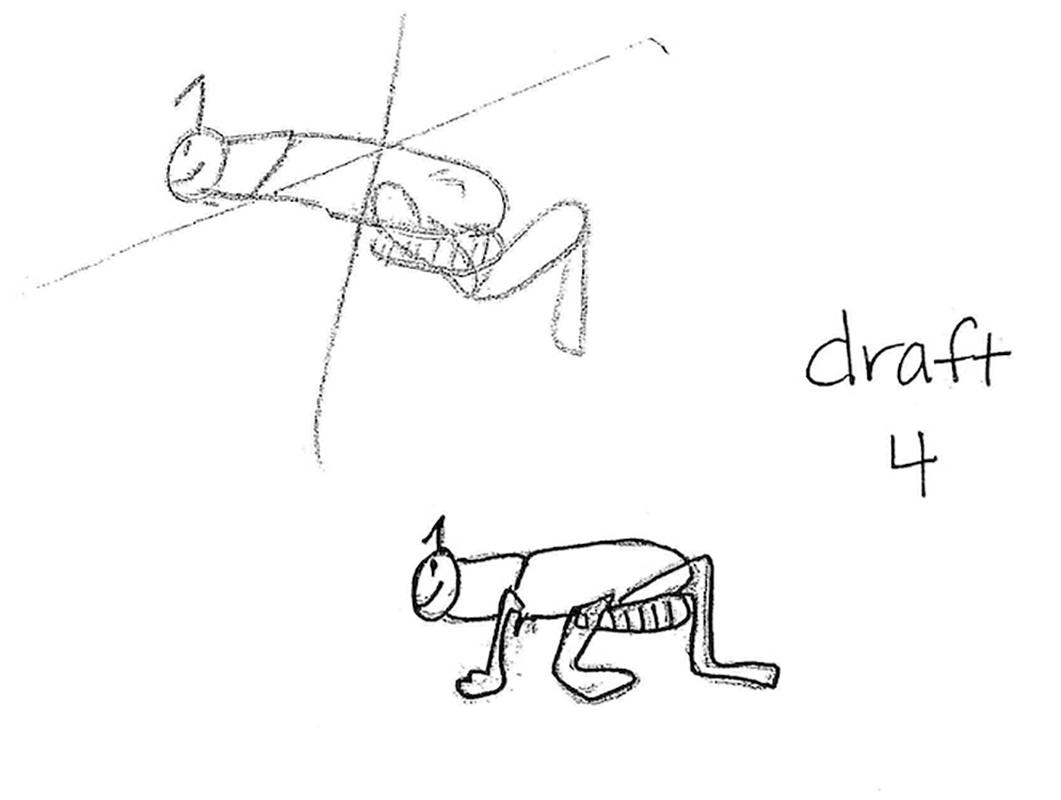 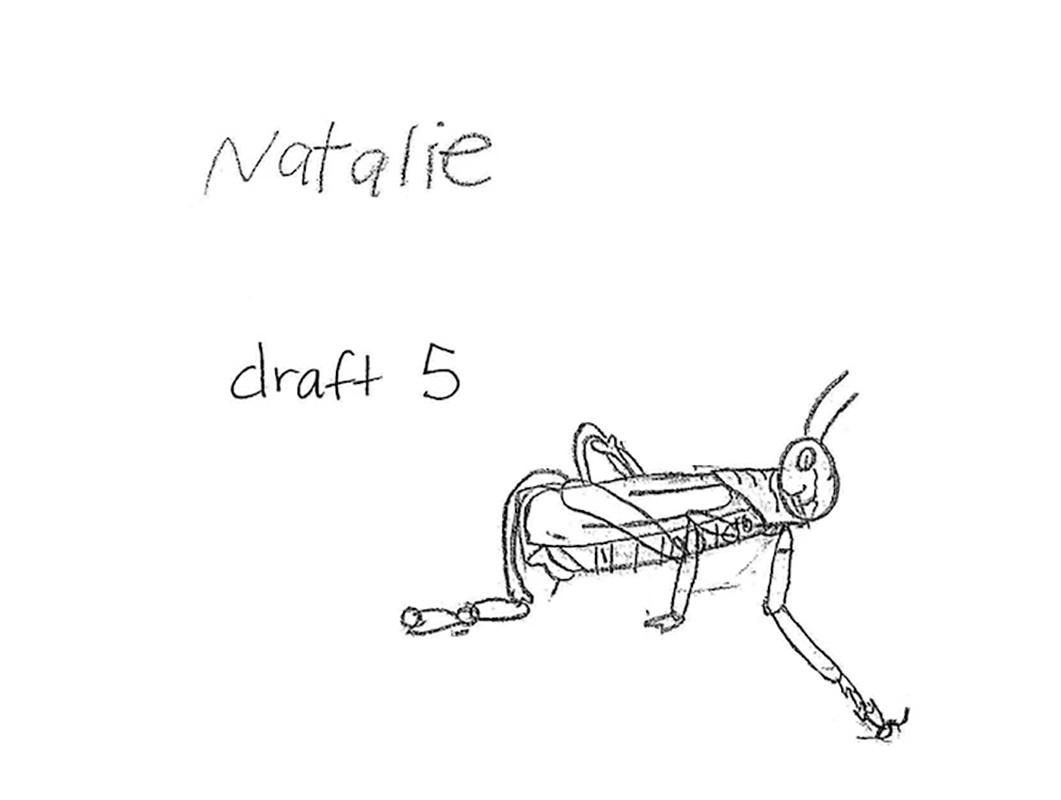 As part of a Learning Expedition on insects from Western Massachusetts, 2nd grade students from the Alice B. Beal School created note cards with detailed drawings and written descriptions of insects. This particular entry shows a 2nd grade student’s revision process through multiple critique sessions, via student feedback, through six drafts. The drawings were done from viewing photographs and scientific illustrations of grasshoppers.

Finally, as shown in the actual note card, Natalie incorporates detail, color, form and overall accuracy in her depiction of a grasshopper.