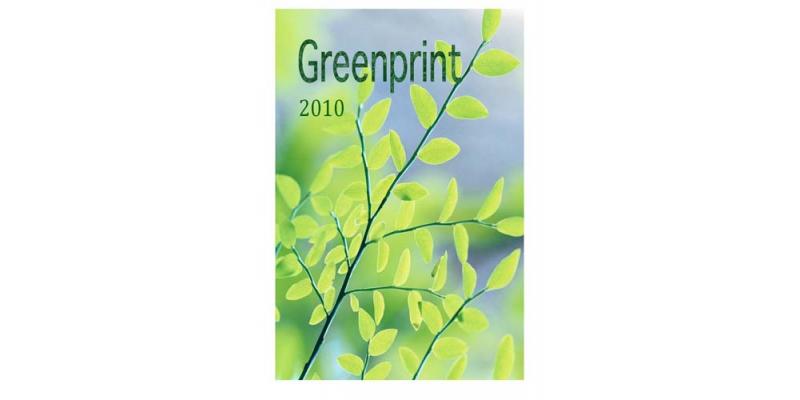 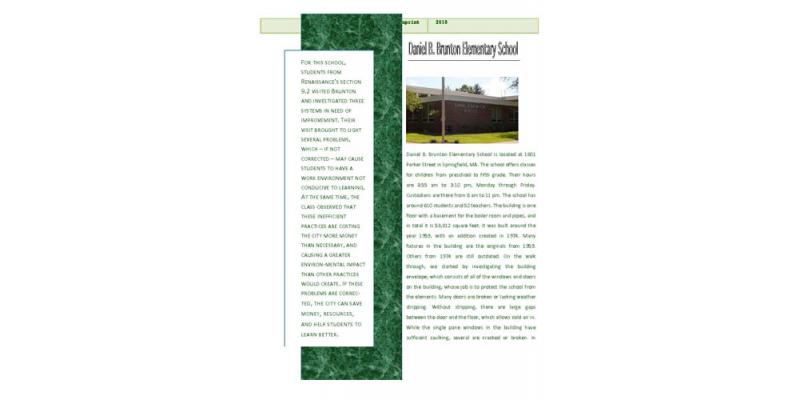 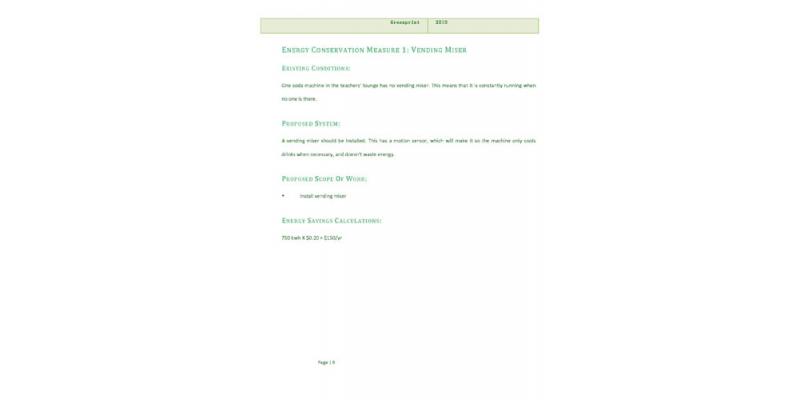 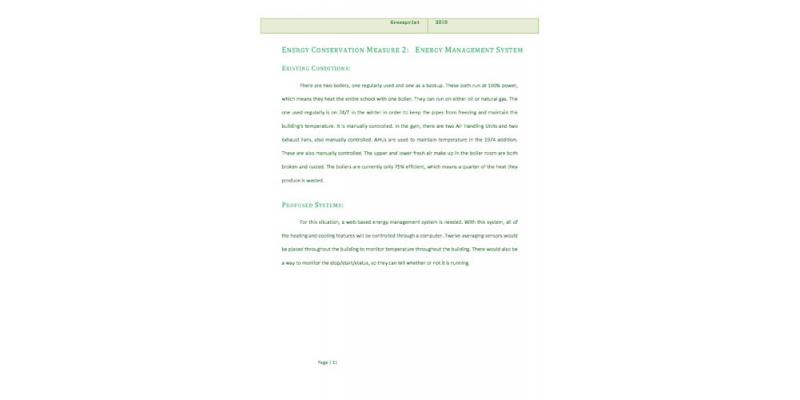 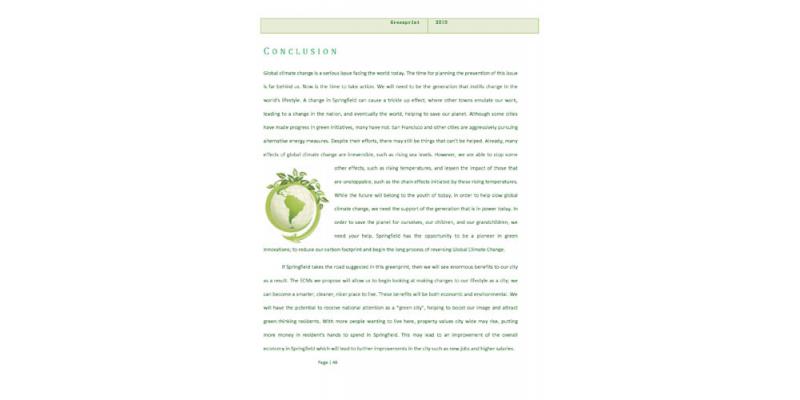 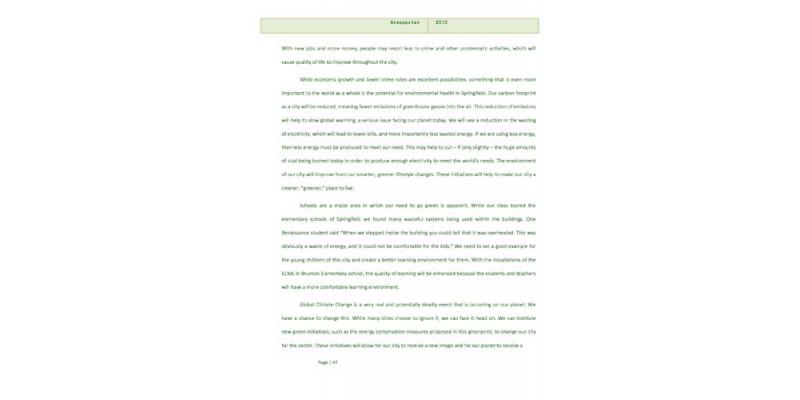 Ninth grade students at Springfield Renaissance School wrote the Greenprint report as part of a learning expedition called Powering the 21st Century. The report summarizes student findings from energy audits at schools around the city and recommends a variety of initiatives that the city of Springfield should take in order to lower its carbon footprint and reduce energy costs.

After practicing with data sets from their own homes, students worked with the city’s facilities engineer and the chief financial officer to conduct energy audits and cost-benefit analyses of their proposed energy conservation measures.  Each student wrote a draft of their section of the report on their own.  Then, working in groups, the students combined their ideas using a variety of graphic organizers, peer critique forms and mini-lessons on crafting, merging and drafting.  The final report was presented to city officials.

This expedition gave the students the knowledge base and advocacy skills to make a lasting contribution to the city of Springfield, MA. Their strong scientific research, professional quality audits, and cost-benefit analyses convinced the mayor of Springfield to invest over $160,000 in their plan for energy conservation in four of the city’s public school buildings. Within one year, the students’ recommended energy conservation measures recouped over half of the city’s initial investment, far exceeding the city’s five-year payback requirement. The student’s recommendations are on track to begin saving the city money within two years and the mayor is poised to continue investing in their ideas in more school buildings throughout the city.

Do the Green Thing
Recycling