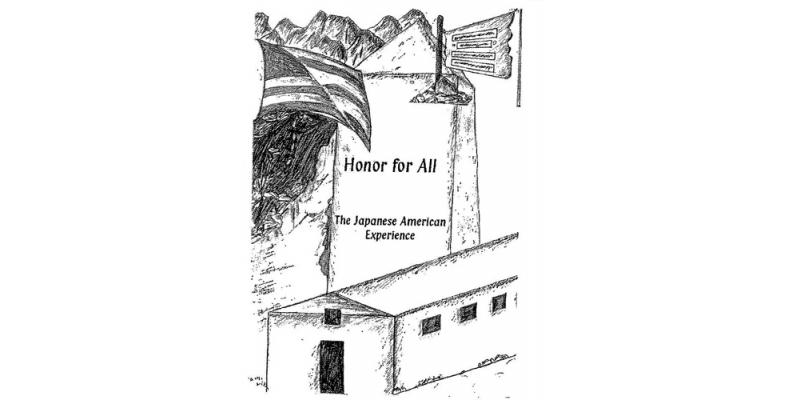 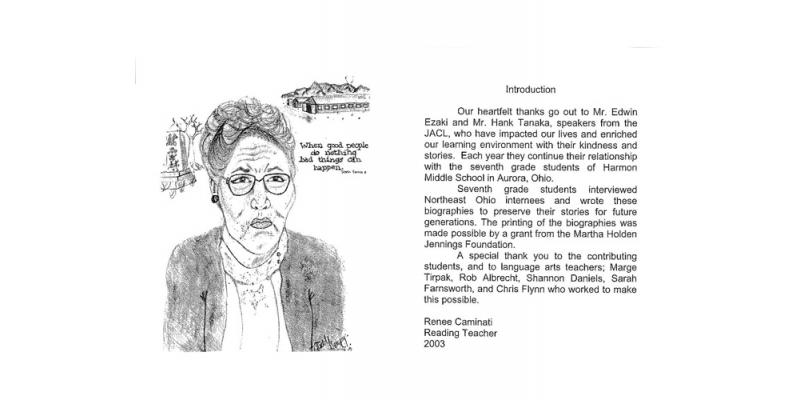 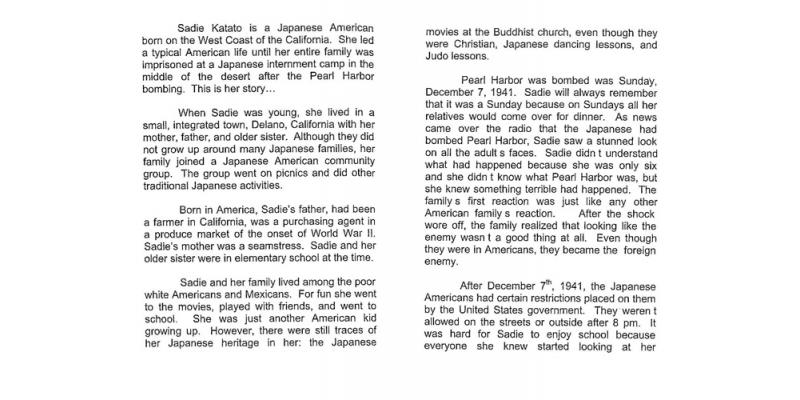 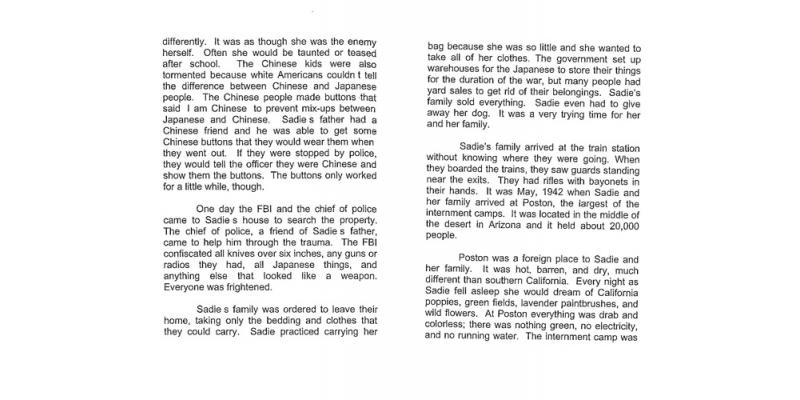 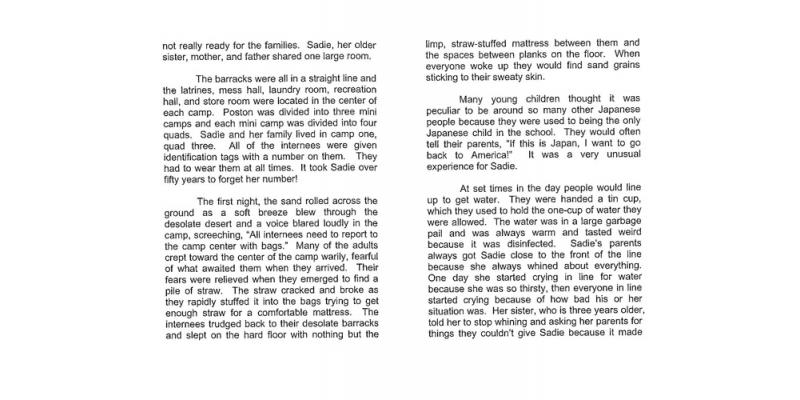 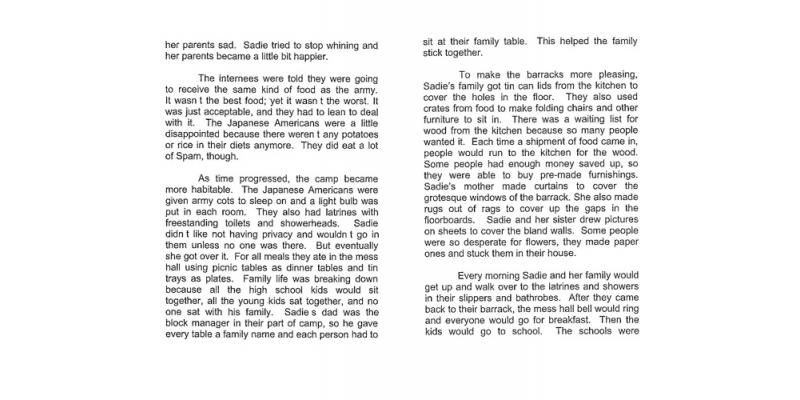 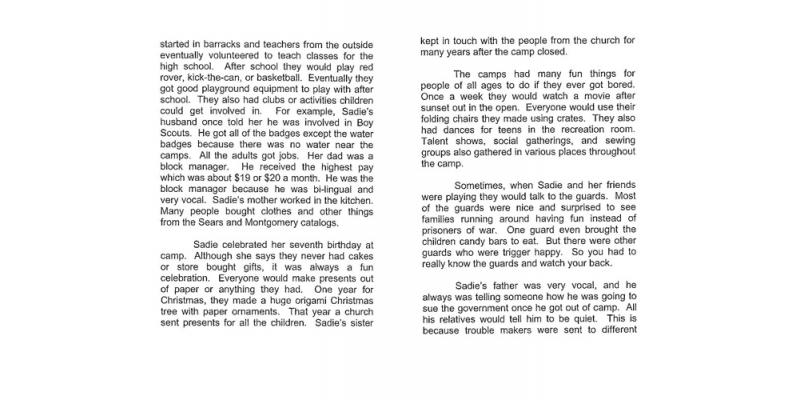 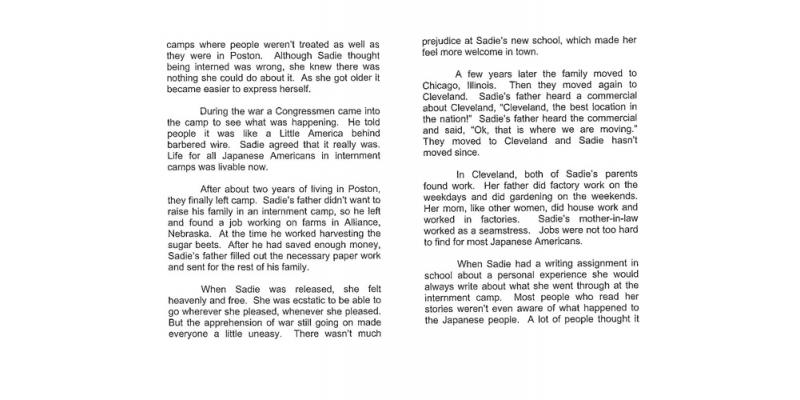 These booklets (a selection from the whole set) were created by 7th grade students at the Harmon Middle School, in Aurora, Ohio as part of a case study of Japanese internment within a broader study of World War II.

Students, singly or in pairs, interviewed Japanese Americans who had been in internment camps during the war. These short biographies are the result of the interviews. Each interview subject is honored with a separate small book , including a photograph or drawing of the person who was interviewed.

Copies of the booklets were given to each of the interviewees, to the school, and to the speakers bureau. The project was in part funded by the Martha Holden Jennings Foundation.

Each booklet was 4 ¼ by 5 ½ inches and was produced in-house, using center-stapling.