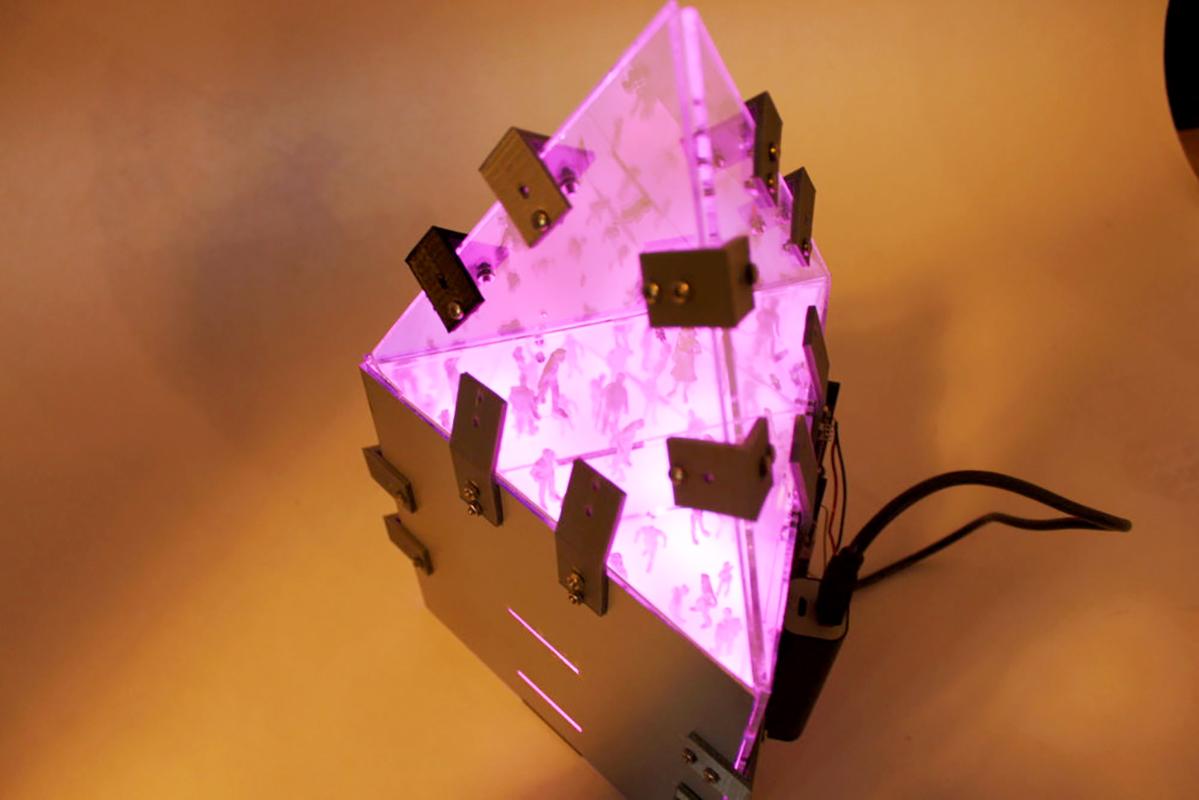 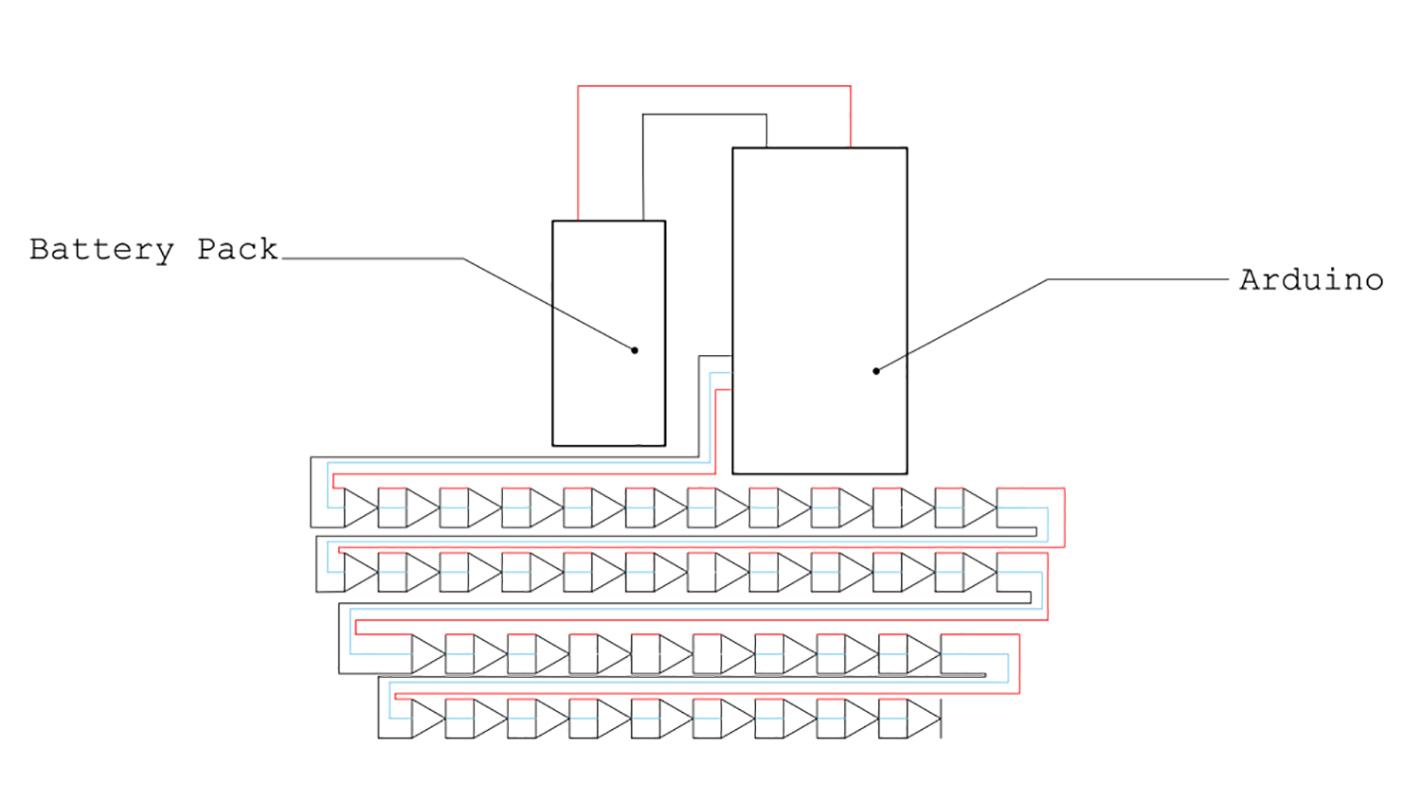 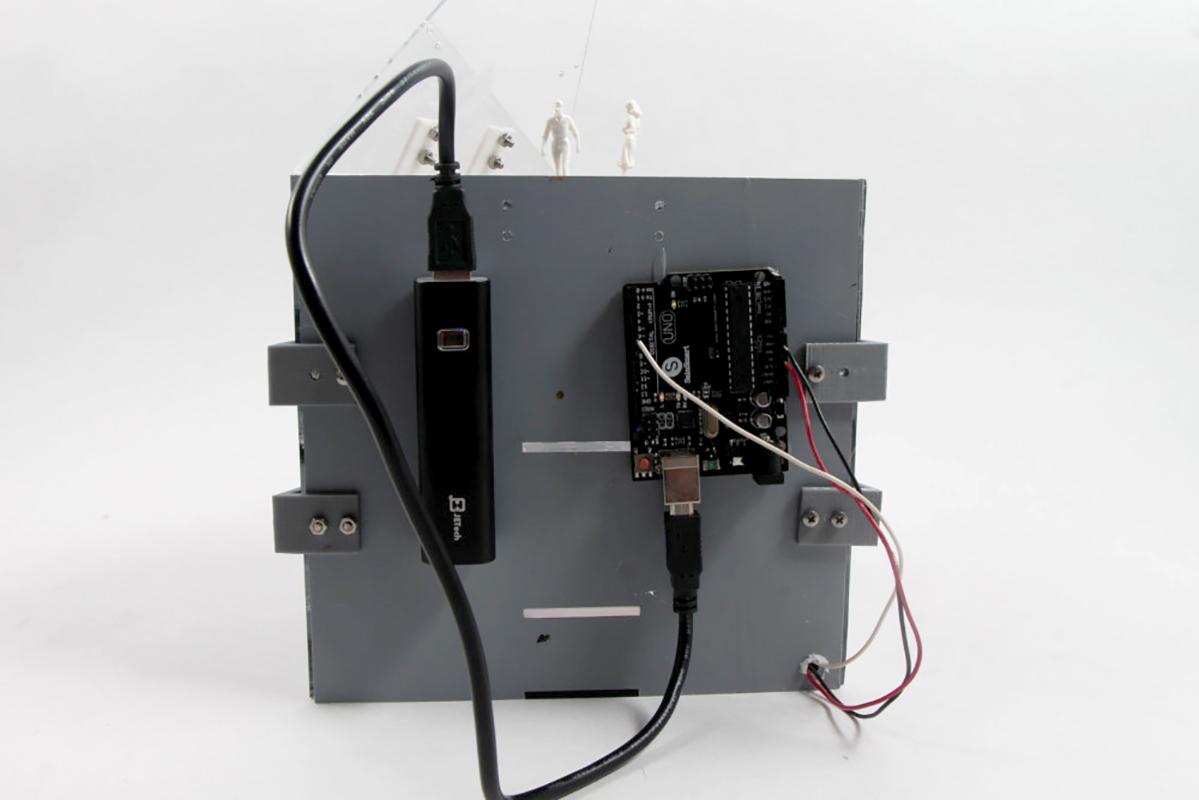 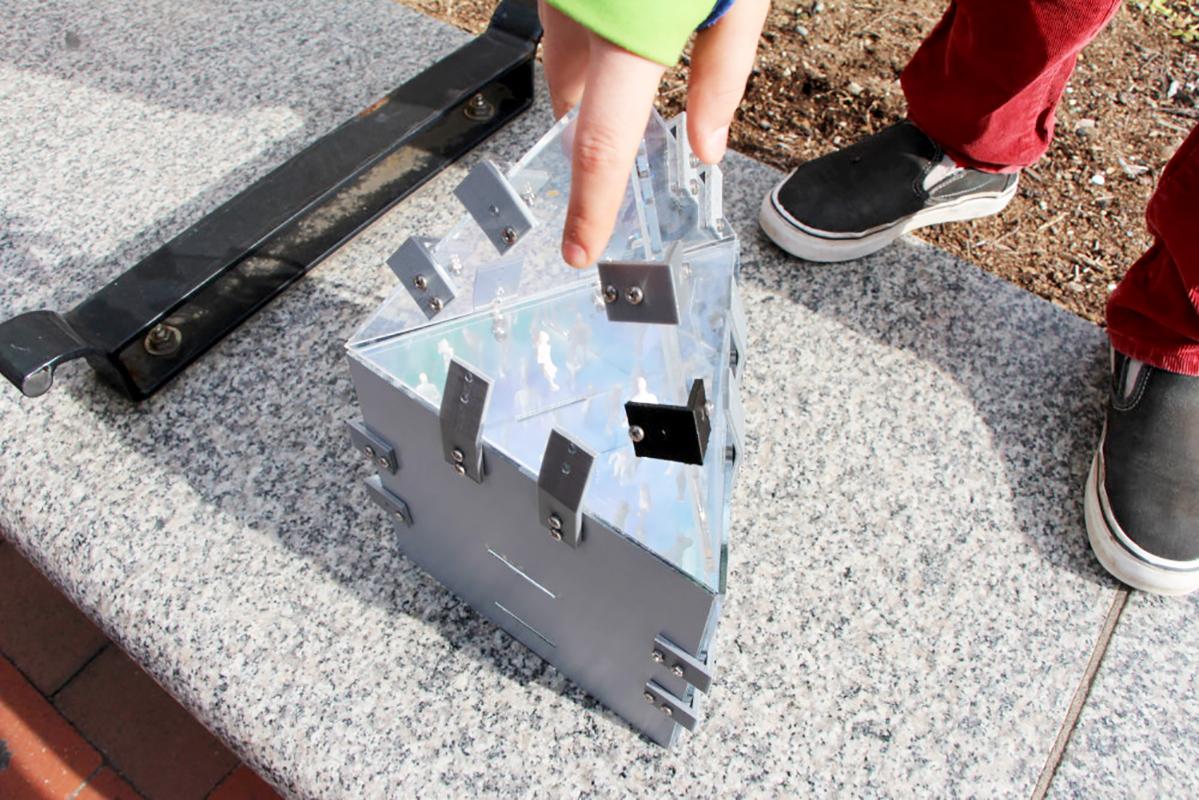 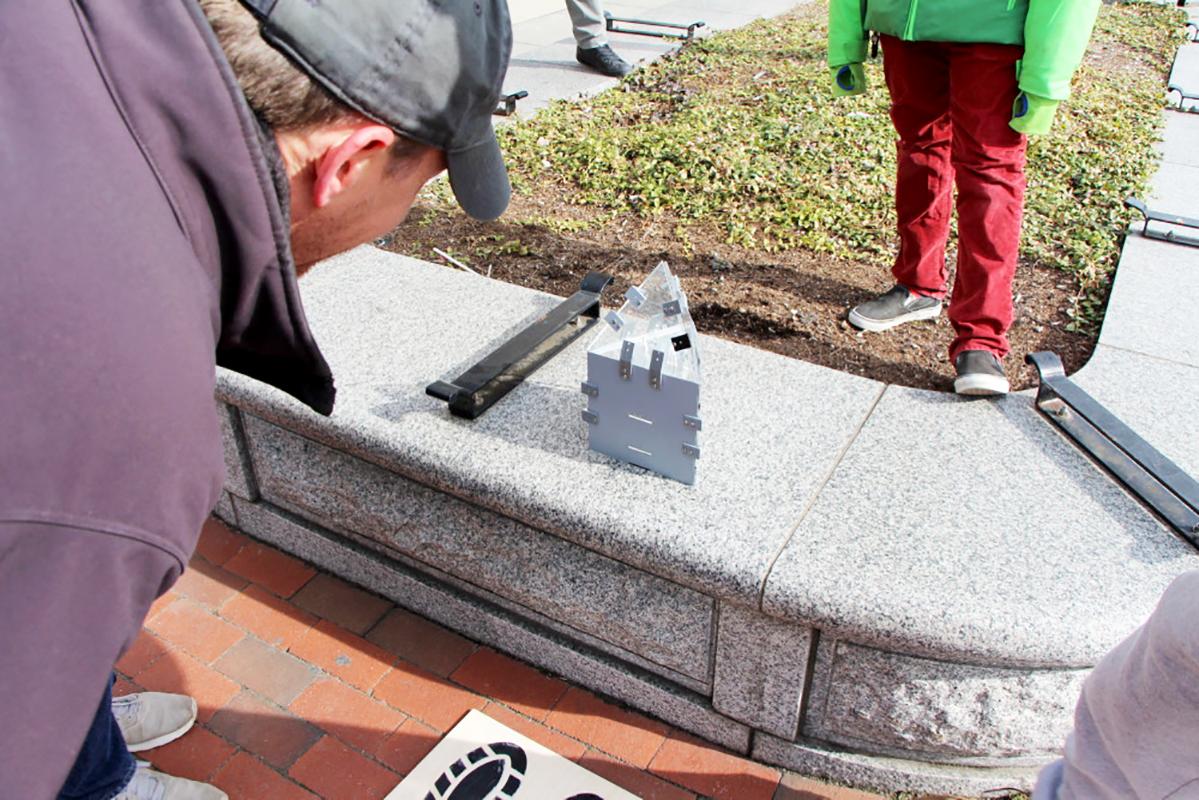 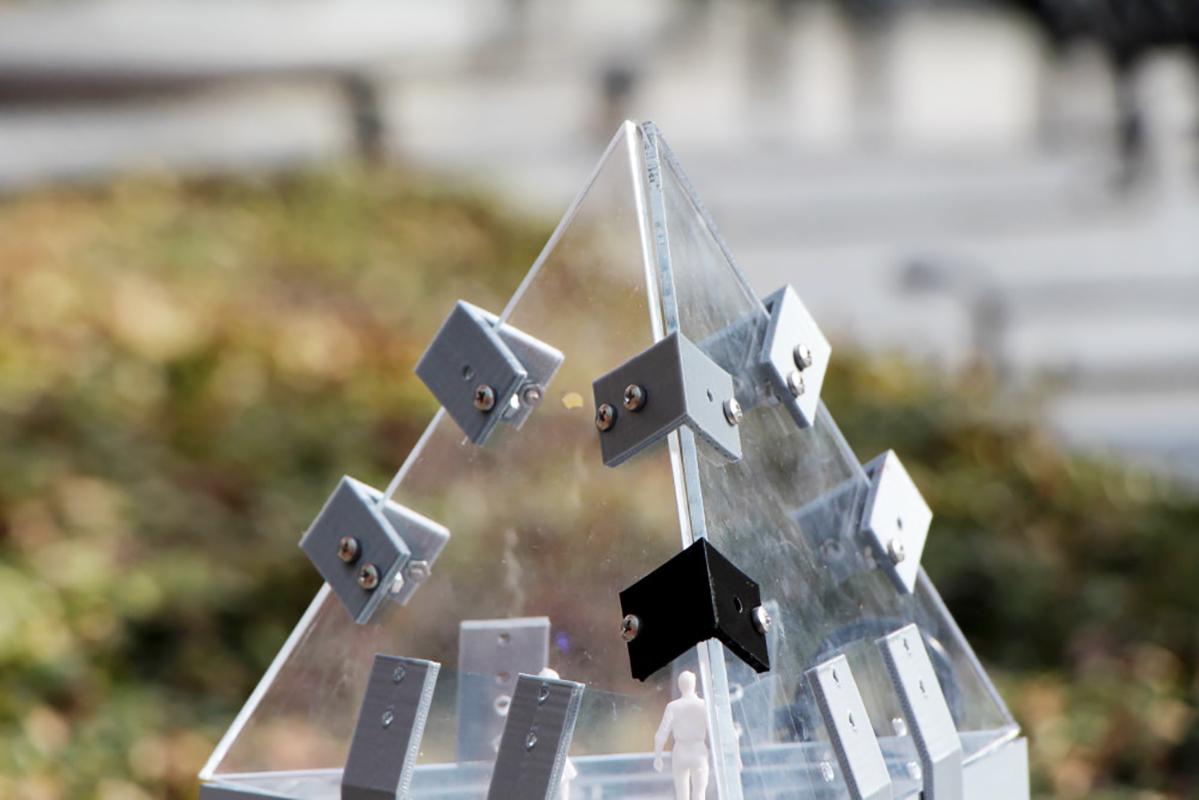 Students created a piece of art with mirrors to reflect just how many refugees go unseen worldwide. Students studied how millions of Syrian refugees are scattered all across the globe and while the United States has admitted just over 10,000 of them, Germany has taken in over 400,000 thousand, and over 4.8 million refugees have fled to countries including Lebanon, Turkey, and Jordan. Students came to the realization that the recent ban on Syrian refugees to the US has only made the situation worse. They felt that American leaders must understand that even though the US has taken in refugees in, they really have not done enough. Students were compelled to spread the word about the needless suffering, and call people to immerse themselves in this topic to truly understand what needs to to be done.

This project is an installation that will raise awareness about how many refugees the US has taken in, compared to how many refugees still need somewhere to go. The art piece has been built to be mostly submerged underground. Students hope to place it in a public area, like a tree box, or flower pot. The top of the project just surfaces, and inside figures representing a few refugees are visible. This is there to represent the number of refugees who have been admitted into the US. The idea is to intrigue viewers to lean in for a closer look. If they do, viewers will see an infinite amount of refugee figures hidden below ground.

Students wanted this experience to cause the viewer to reflect on US involvement in the refugee crisis. Students created the illusion of an infinite amount of refugees below the surface by using a mirror system. The mirrors reflect the image of the refugee an infinite amount of times so it can have maximum impact on the viewer. Students originally based this off of the idea of an iceberg as although icebergs look huge, only about 10% of their mass shows above water while the other 90% lies below. Students hope that this installation will impact the viewer to really take the time to think about the refugee situation in America.

At NuVu, an innovation school in Cambridge, MA, middle and high school students learn in an open and flexible space that is more akin to an architecture studio than a classroom. Some students attend NuVu for a two-week intensive and for others it is their full-time high school.

Instead of one-hour classes and separate subjects, students engage in solving a problem through multi-disciplinary learning, all day, for two weeks. Groups of twelve students collaborate on the creative process, with expert guidance from two coaches who have expertise in a related field. Throughout the process, students conduct precedent research, engage in brainstorming, render drafts of their ideas, create prototypes and write and reflect on their findings and processes. Their work is captured in a portfolio along with documentation of the final products they debut at the end of each studio session. These portfolios are publically viewable on NuVu’s website.

Illusional Suspension at Nuvu
Back to Projects