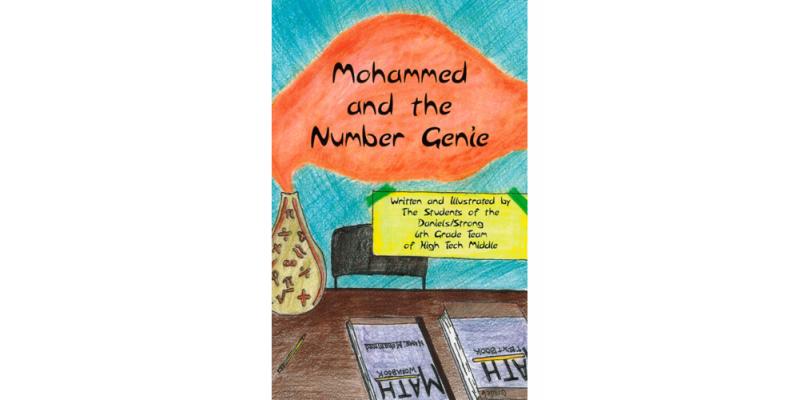 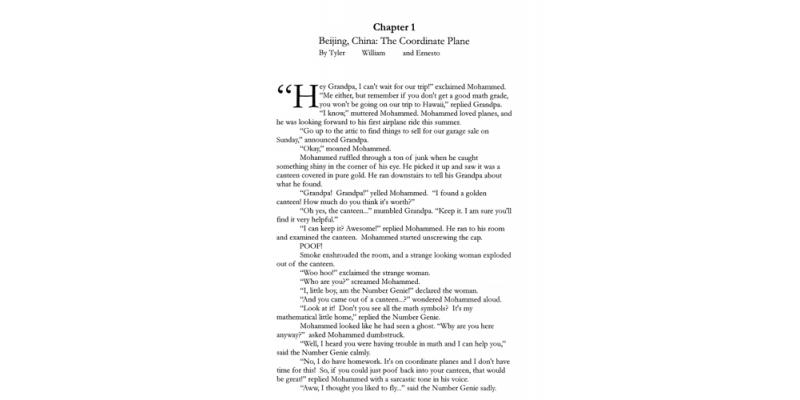 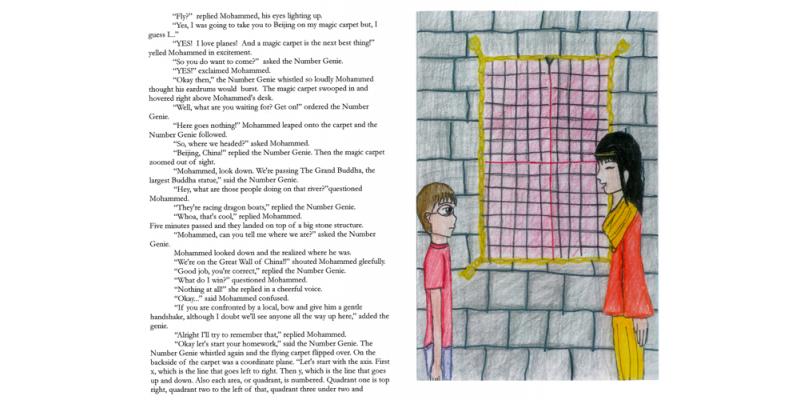 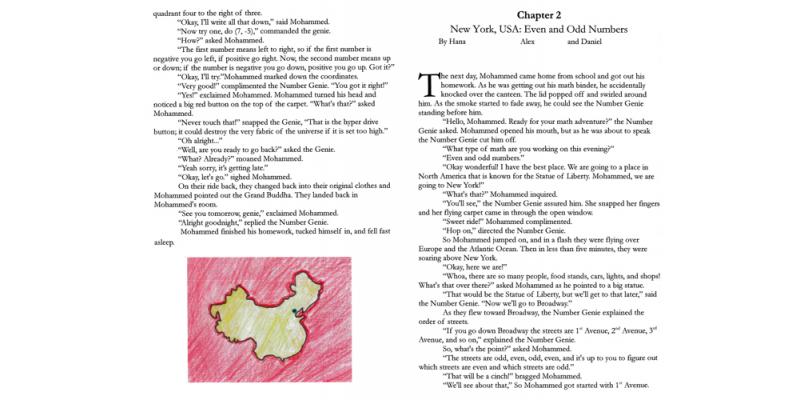 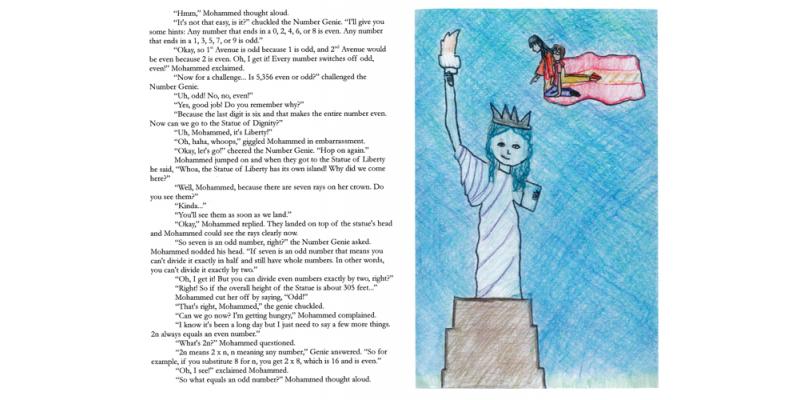 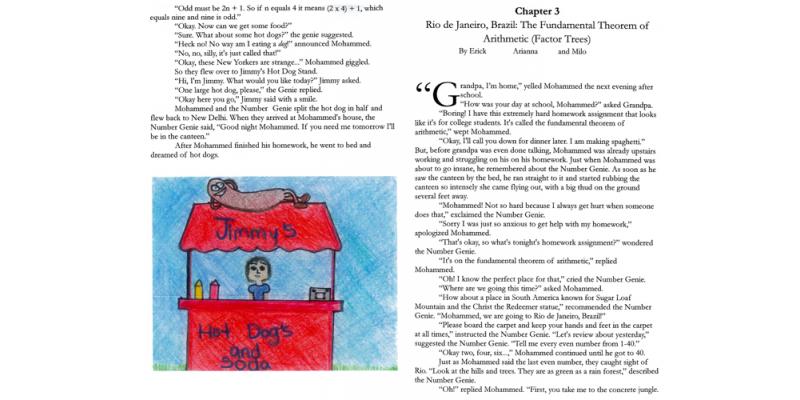 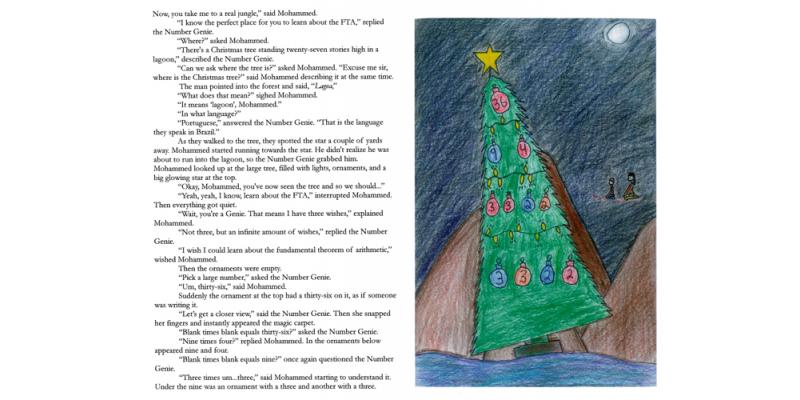 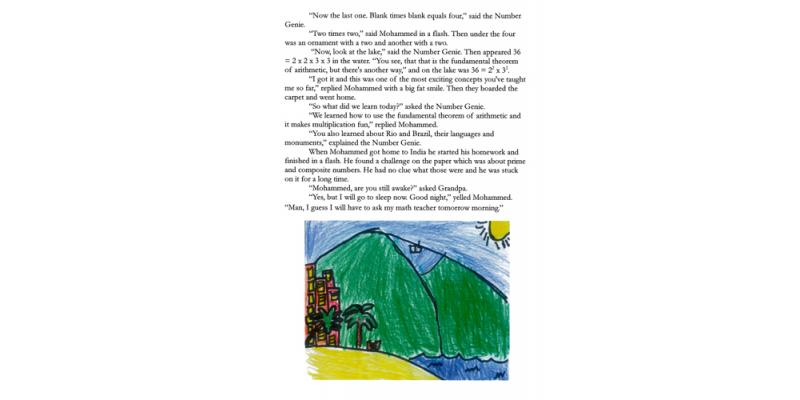 This book was written and illustrated by sixth grade students at High Tech High Middle School in San Diego, California. It was an interdisciplinary project, combining math and writing, and was supported by two team teachers.

This novel tells the story of Mohammed, who struggles with math.  One day, while exploring his grandfather’s attic, he discovers a mysterious golden canteen. A Number Genie emerges from the canteen and offers to help Mohammed with his math homework. She takes Mohammed on adventures around the world where he discovers new places, and learns new math concepts. In one chapter, Mohammad goes to Italy to learn about squares and square roots by multiplying tiles in the plazas. In another, he learns about multiplying and dividing integers by counting clovers in Ireland.

The students were inspired to write their own novel after reading “The Number Devil” by Hans Magnus Enzenberger as part of their math class.  Similar to Mohammed and the Number Genie, each chapter of this book covers a mathematical concept.  After reading a chapter, the students would complete a series of corresponding activities and practice problems created by their teacher.

To write their own novel, each student submitted a story proposal for consideration for the class.  They used a gallery walk and group discussion to decide on their favorite proposal. Small groups of students worked together to write a chapter. Each were assigned a math concept, and they each selected a country that Mohammed would visit in their part of the story.

Each group worked together to explain their mathematical concept accurately and within the context of the story.  To do this, students went through the steps of the writing process – including pre-writing, drafting, revising and editing until they had a chapter that was ready for publishing.  Throughout the process, they meet with the other groups and as a class to ensure consistency.

This book is one of two produced during this project.  See “Jason and the Matha Lisa” for another example. Both books are available for purchase; contact the school for information.

Mohammed and the Number Genie: Illuminating Standards Video
Jason and the Matha Lisa