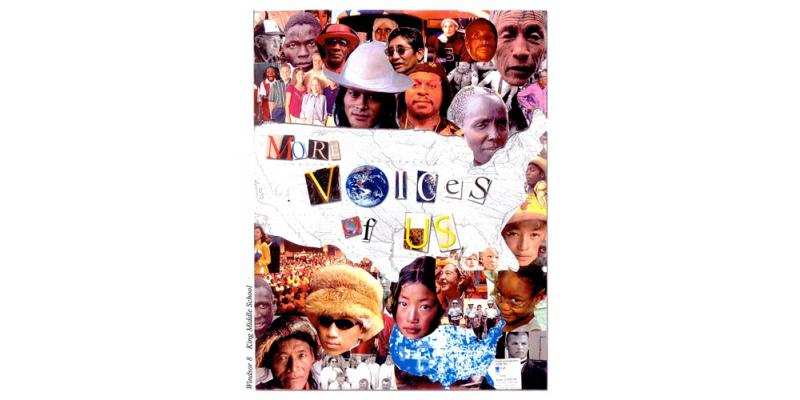 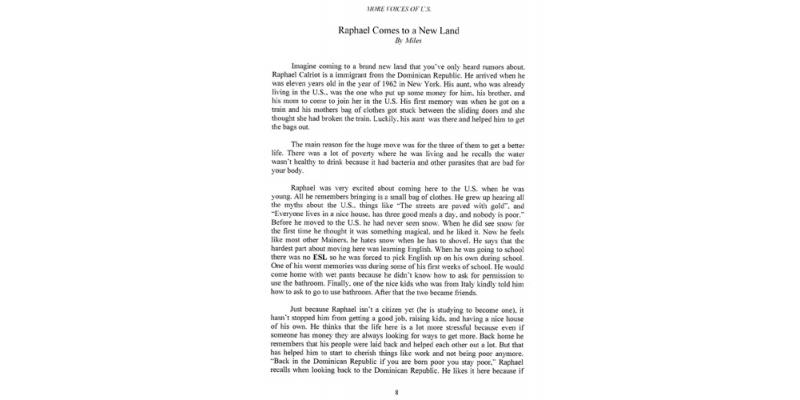 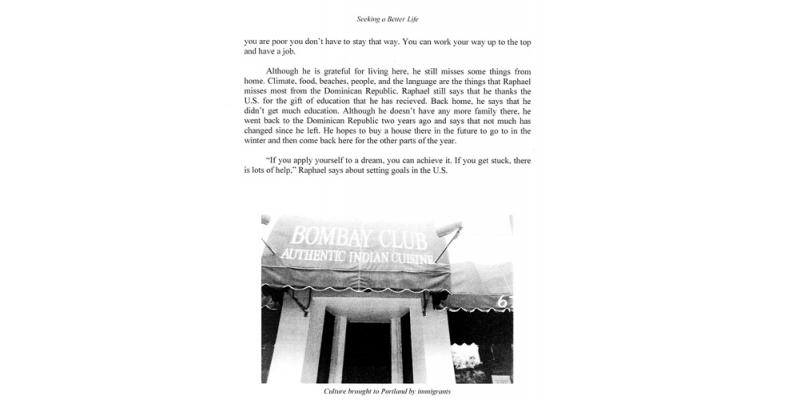 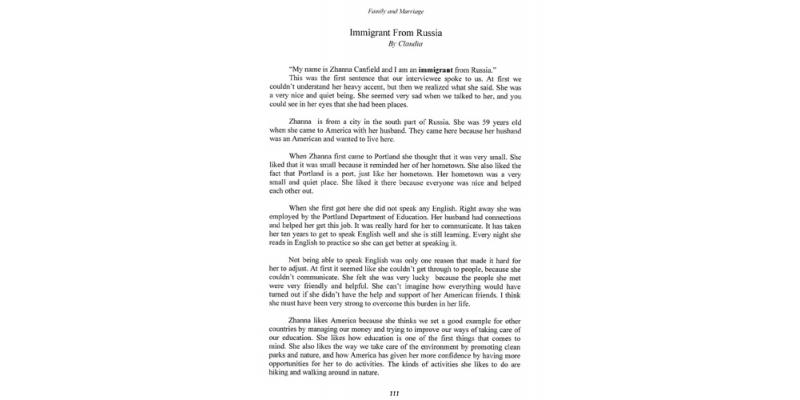 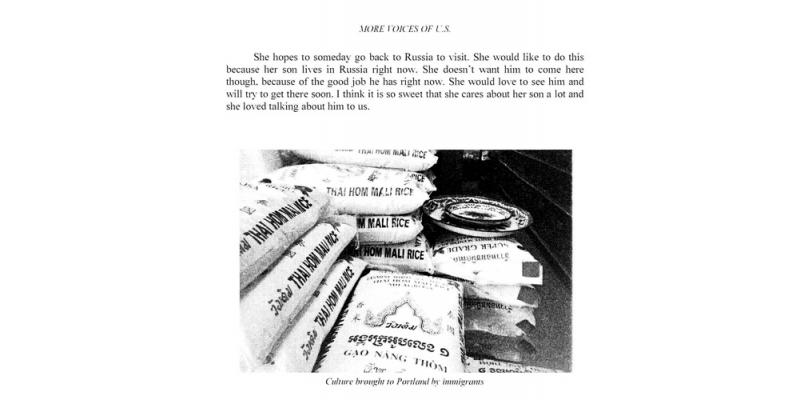 8th graders at the King Middle School in Portland, Maine created this book as a means for exploring the question, “Why do people move?” The book is comprised of interviews and student-written stories about immigration. As a center for Catholic Charities Refugee placement, the city and the school have a large percentage of recent refugees, particularly from East Africa. The school had students with thirty-one native languages.

The Learning Expedition began with a cultural walk around Portland during which students became familiar with the diverse cultural landscape of the city. On their walk students posed questions to local business owners and employees to learn about these people’s life experiences.

Students, in groups of 3 or 4, then conducted formal interviews with some of the people they had met. Students also researched the countries that their interviewee had immigrated from. Each student then took the information from the interview and turned it into a story. The book is organized into several sections – all of which are different themes that answer the question, “Why do people move?”

Many of the students who engaged in this project had themselves immigrated to the United States, which offered both a means for these students to investigate their own history while also sharing personal experiences with the rest of the class.

As a related but different aspect of this Learning Expedition, students also cooked and presented each other meals from the different countries their interviewees were from.