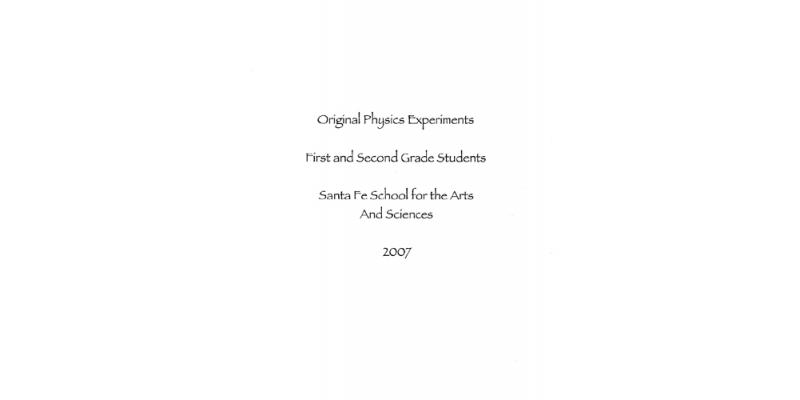 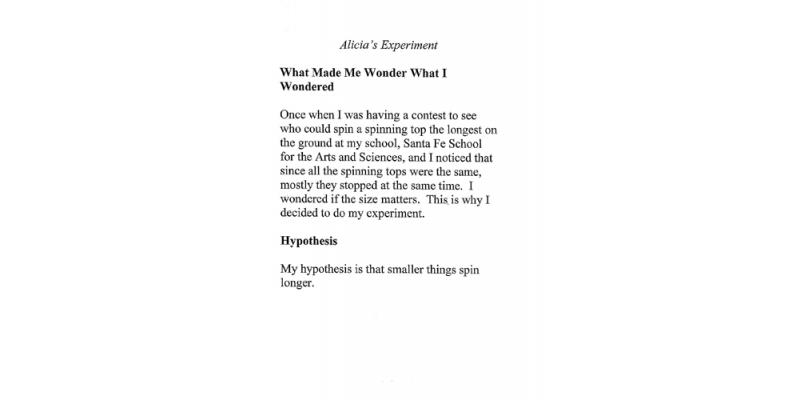 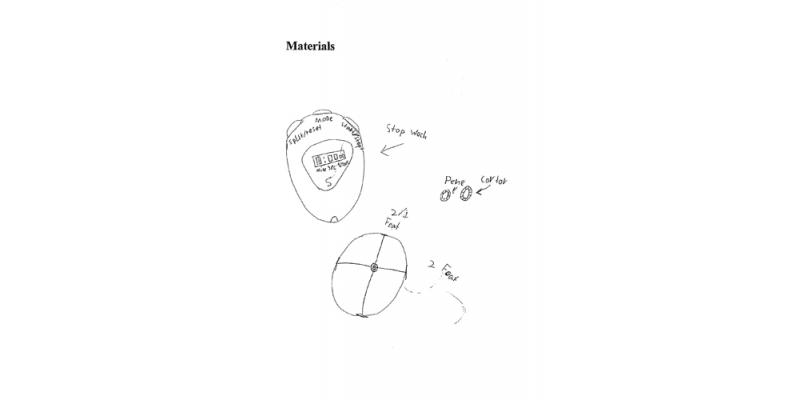 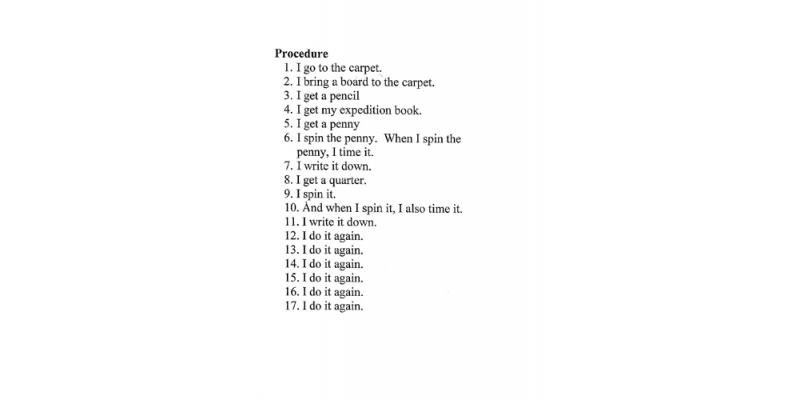 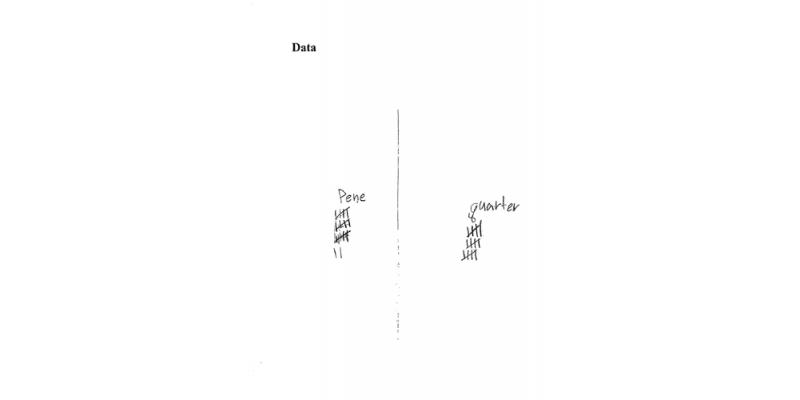 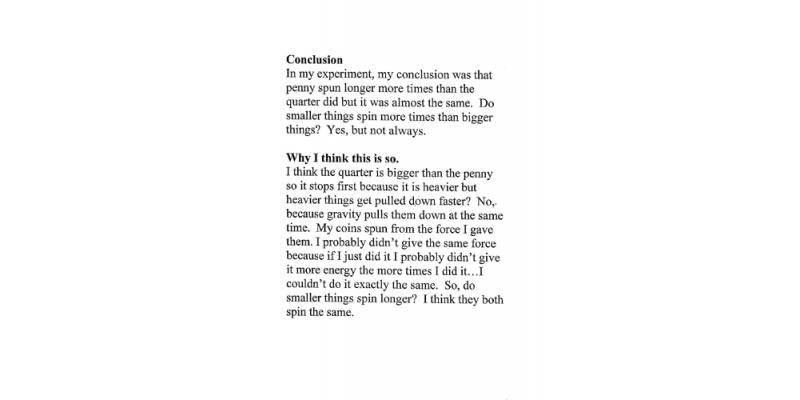 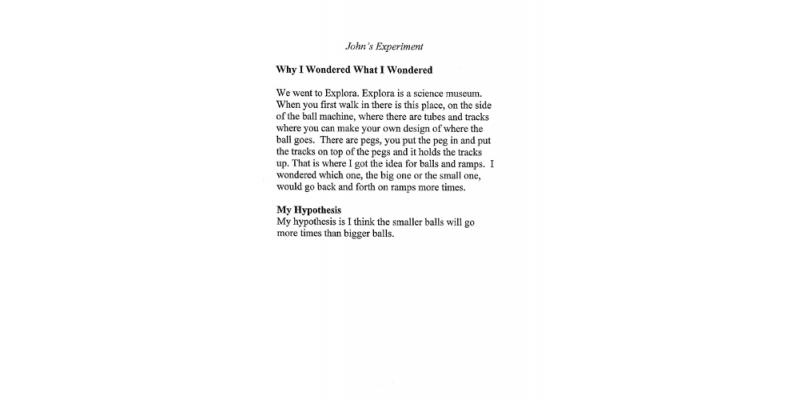 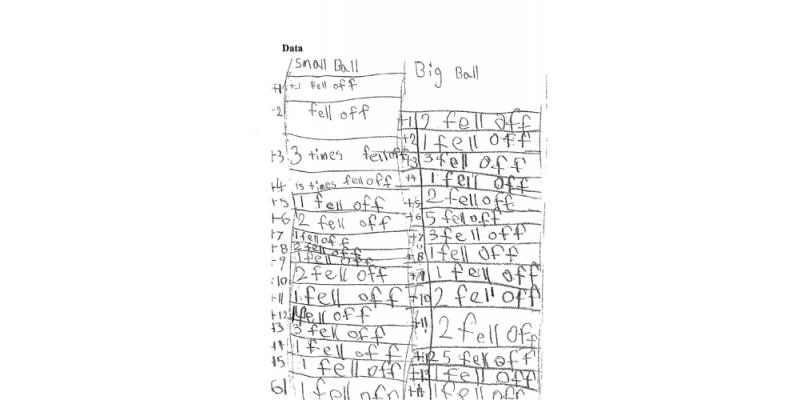 This book of experiments shows the work of 1st and 2nd graders from the Santa Fe School for the Arts and Sciences, in Santa Fe, New Mexico and was part of a learning expedition on physics and forces. Included here are a few sample student experiments from a larger collection that included all students in the classroom.

Students learned first hand about the scientific method and means for designing good experiments, including the need for controlling variables, executing a number of trials, and other issues that impact the validity of one’s study.

This book is a collection of students’ experiments and their conclusions. Each student’s entry starts with a statement about “what made me wonder what I wondered” as a way of not just stating the questions but why each student had that question. Entries also include the hypothesis, the materials used, the procedures used, data collected and conclusions.

Alicia’s experiment was about whether smaller things spin longer than larger ones. She used a penny and a quarter to test her hypothesis. See procedures on page 4. She concluded that they both spun about the same amount of time. But, ultimately she believed that the amount of force she gave each spin – and because she could not regulate this – was the most direct explanation of how long each coin spun: a variable she had not considered when planning her experiment.