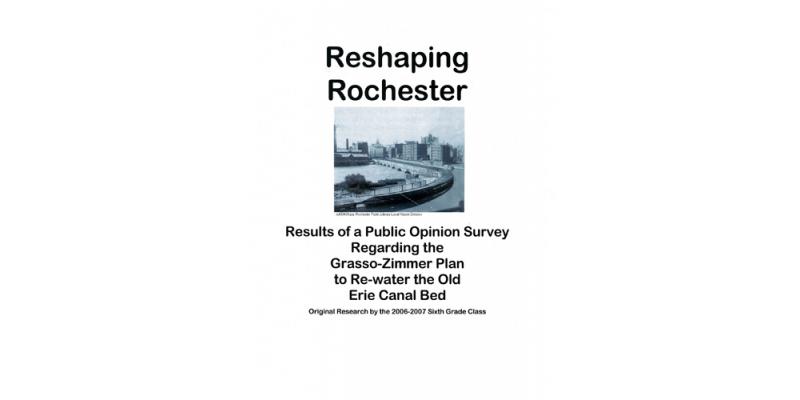 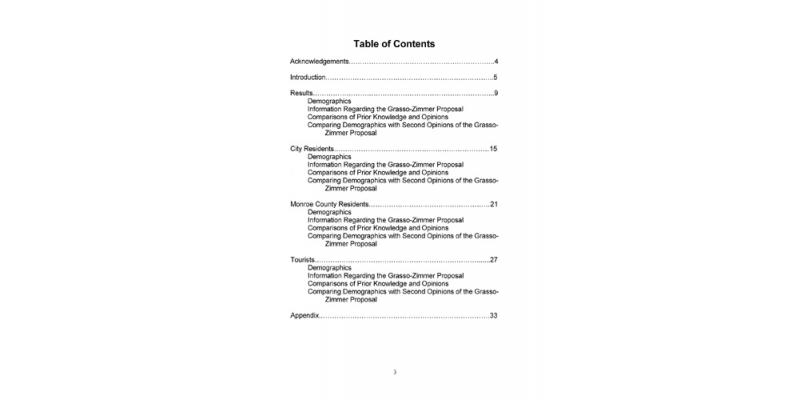 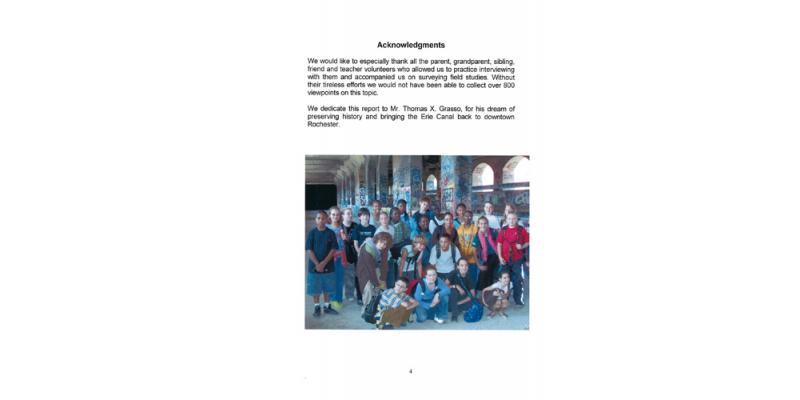 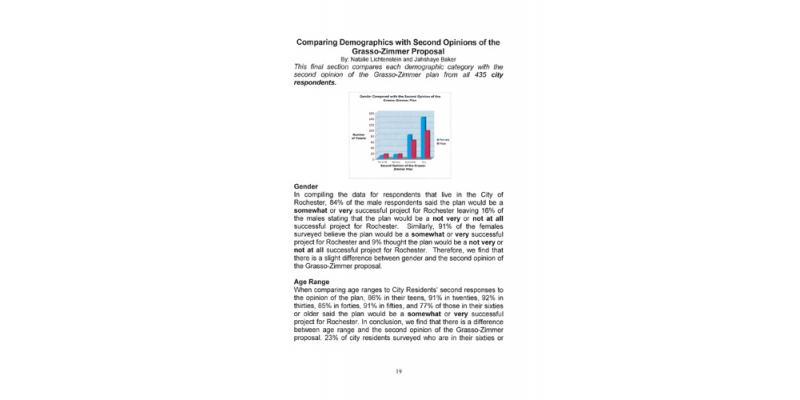 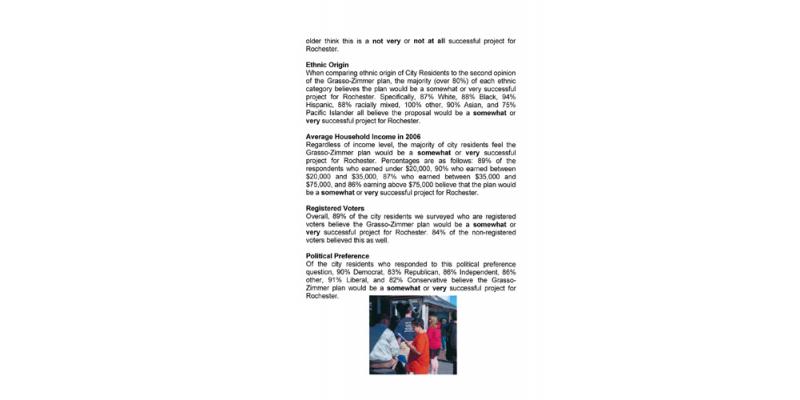 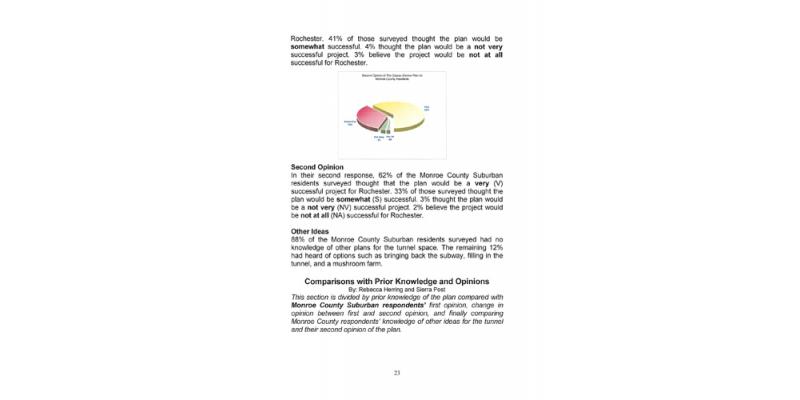 This data report was created by 6th grade students at the Genesee Community Charter School in Rochester, New York as part of an extensive study into the potential of re-watering the dry Erie Canal waterway as a means for revitalizing downtown Rochester.

As an extension of the research 6th graders had done the previous year (see entry # 188 – Revitalize Rochester) on the feasibility of re-watering the canal, the next year’s class worked on the problem of whether or not people from the community actually supported the idea. Students realized that just having a strong opinion, even with compelling economic and political information was not enough – they needed community support.

As a way to gauge public support, the 6th graders designed and implemented a survey by learning about survey strategies and statistics. Students worked with outside experts to create a legitimate survey instrument, which went through several rounds of critique and revision (critique, in part, was done by the outside experts). Although a city survey had already been conducted as a way to measure public support for this project, students thought that the original one had flaws and that they could improve upon it. Students used  higher standards than had been previously used, including polling twice as many residents, and addressed weaknesses in the previous survey protocol and its media coverage.

Students personally interviewed over a thousand people. After the surveying was completed, students did a sophisticated level of data analysis – which would be at a high level even for high school students – shown through charts and graphs in their final report.

Through their research, students found overwhelming support for the initiative, which contrasted with conclusions of the earlier research group who had found mixed responses, slightly more negative than positive.

Students wondered whether the previous study and its media coverage had been influenced by outside political forces. For example, when the first study was reported in the newspaper, seven narrative quotes were included in the article from the survey responses; all had negative views of the proposed initiative. This did not reflect the percentage of positive and negative of responses in those survey data.

Students presented their findings to the city of Rochester. They also presented at that year’s International Canal Conference – the only non-adults to attend the conference as presenters or attendees.

Prior to this phase of the two-year project, teachers working with this group of students received a Fund for Teachers grant (through Expeditionary Learning Schools) to travel to Europe in the summer to study the economic impact and costs of canals, in order to inform this work.

Five years after the completion of this report, the city of Rochester adopted a modified version of the revitalization plan, broke ground for construction, and has committed tens of millions of dollars toward this urban renewal project. The mayor of Rochester publicly credited the sixth graders from the school as being vital in the success of this political venture.

Part 1 (Revitalize Rochester) and Part 2 (Reshaping Rochester) together represent one of the most powerful projects and products presented in this archive. This book, and many others like it, are available for purchase on the schools’ website.