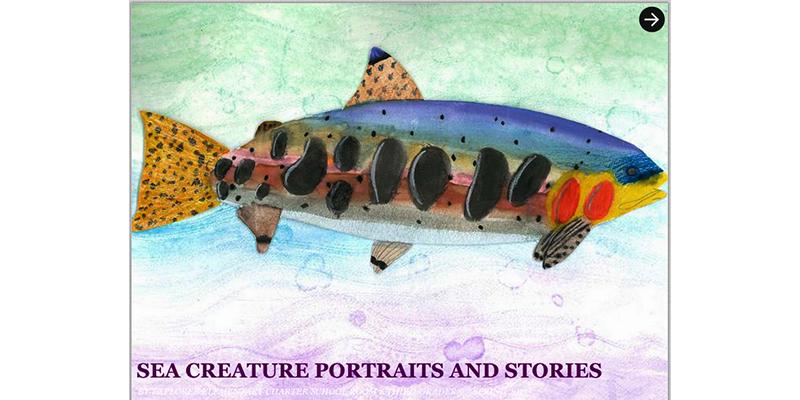 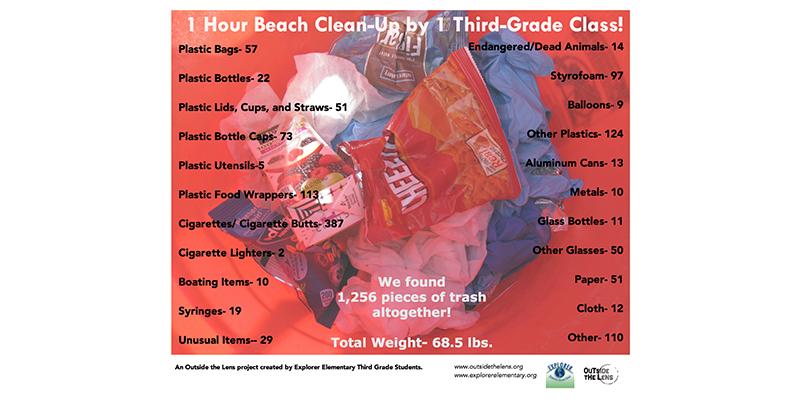 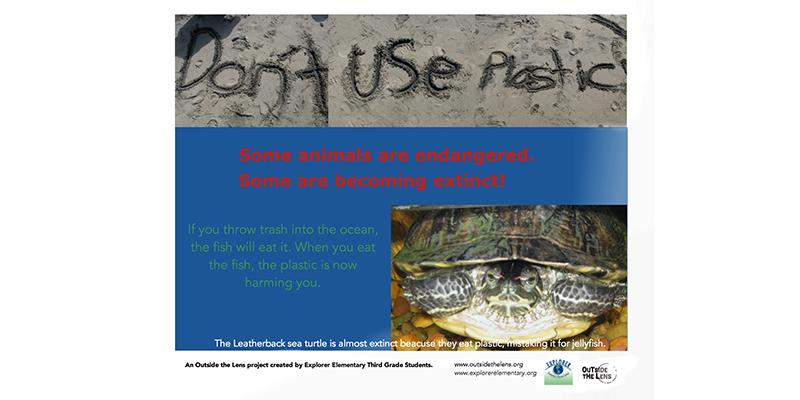 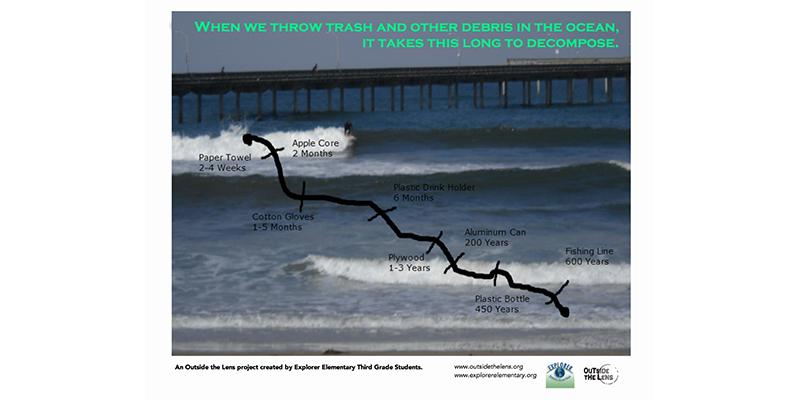 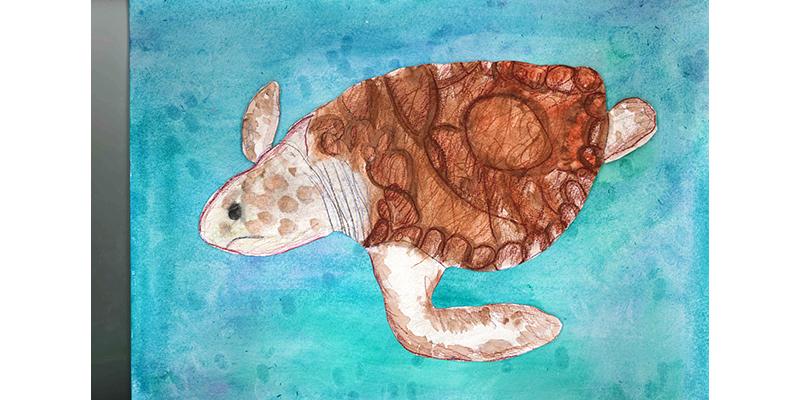 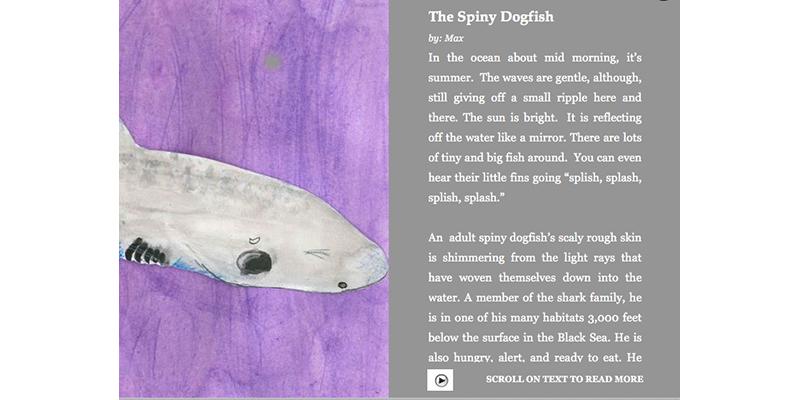 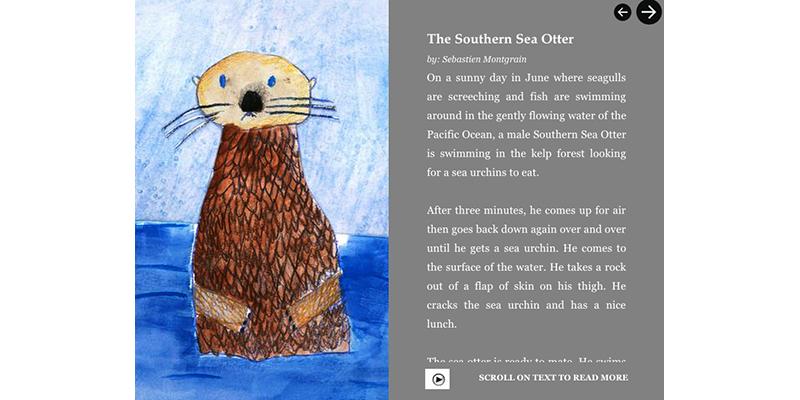 Sea Creatures and Portraits Stories audio ebook is one of the final products of an eight-week long third-grade project at Explorer Elementary Charter School in San Diego, California called S.O.S. (Save Ocean Species.)

The project was launched with a field trip to the Scripps Birch Aquarium which then led to a whole class in-depth learning about sharks. The class also researched different issues affecting our oceans including endangered species, overfishing, and pollution.  Each student then chose an endangered ocean animal to research on their own before writing a narrative non-fiction story about their animal. Students analyzed mentor texts to familiarize themselves with this genre of writing.

Their writing pieces evolved through each stage of the writing process where the students first used an organizer for each part of the writing.  During the editing/revising stage, students used a checklist to self-revise and then peer revise, before  conferring with the teachers.  To accompany their stories, the students made a scientifically realistic drawing of their ocean animal using the critique process where they received and gave feedback on their multiple drafts.

This project involved fieldwork—including a visit to the Cabrillo tide pools where the students used field guides to identify intertidal species and learn about the food chain—a beach clean-up, and in-class visits from a marine ecologist, a commercial fisherman, the San Diego Coastkeepers, as well as some watercolor artists.  The beach clean-up was organized in collaboration with the San Diego Coastkeeper and was a big part of our SOS project.  Students gathered data on the types of trash they collected and took photos while on the beach clean-up.  They then organized the data into a table and graph, made calculations and projections, and developed conclusions.

With the help of Outside the Lens, a photography and digital media literacy organization, students used the beach clean up photos and research to create public service announcement posters about marine debris and distributed them to restaurants and stores in the beach community.

Once the narrative non-fiction pieces and watercolor portraits were completed, the students used a rubric to practice reading their stories  with expression before recording their voices onto an audio track at a high school recording studio.  All in all, the students took a lot of care and time into creating their final products.