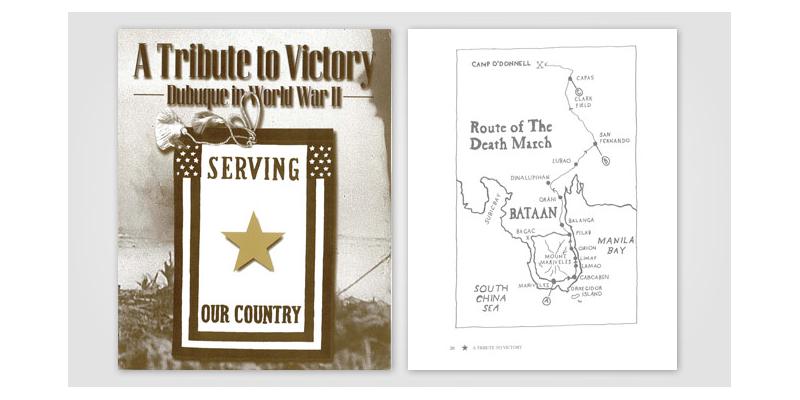 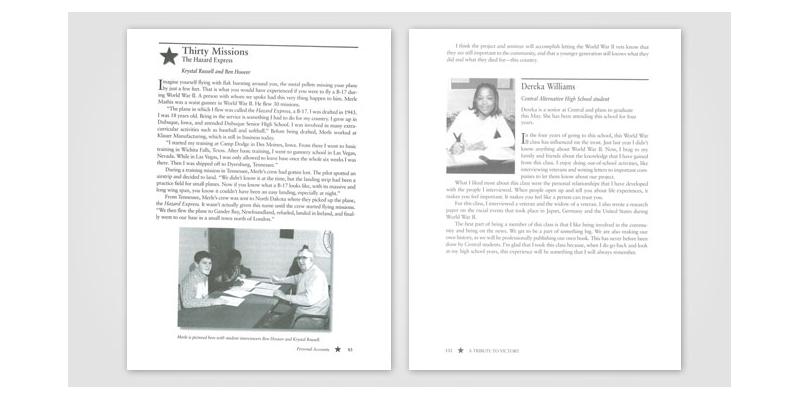 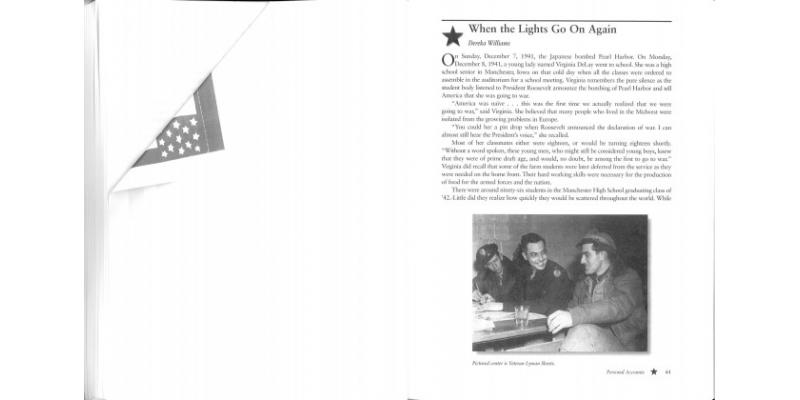 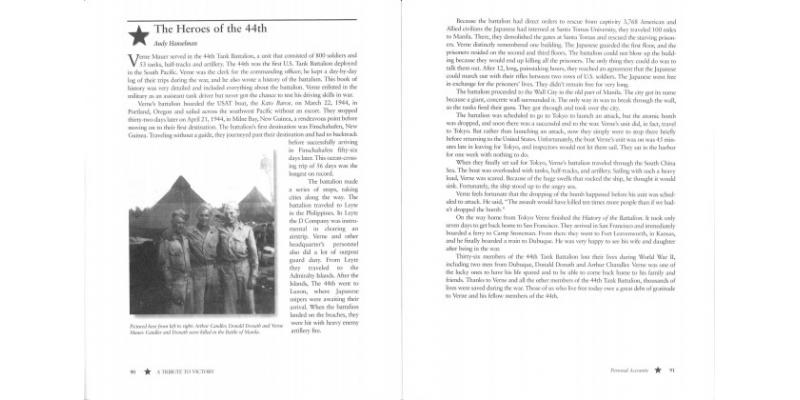 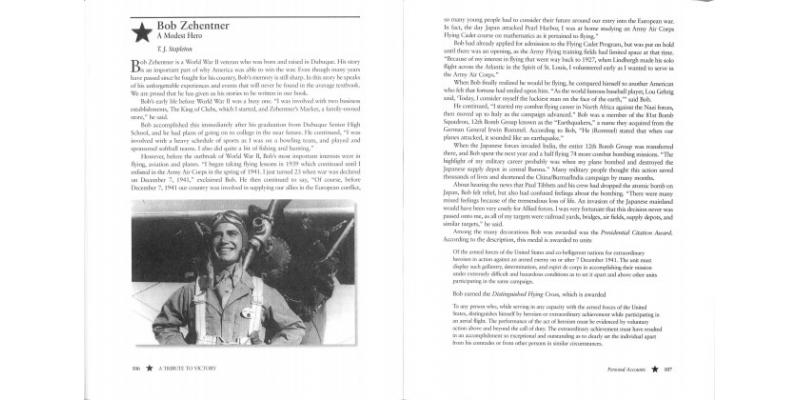 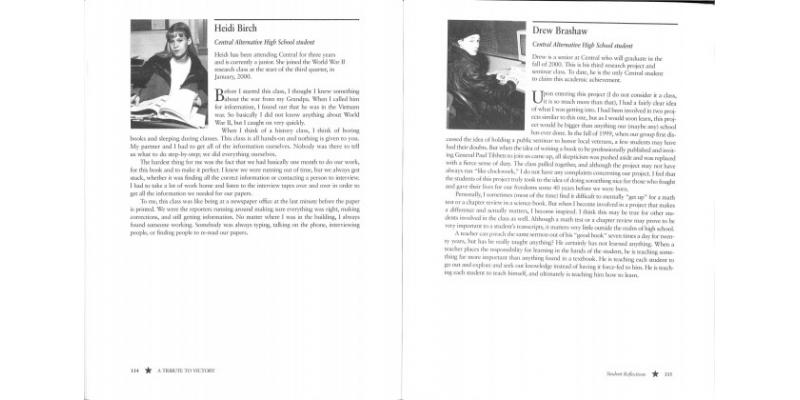 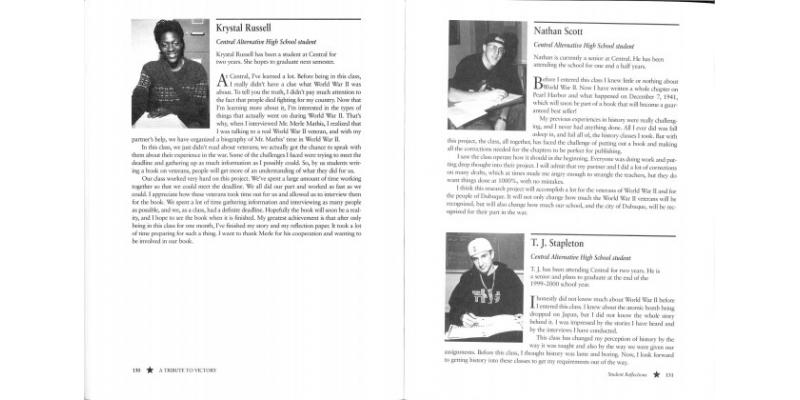 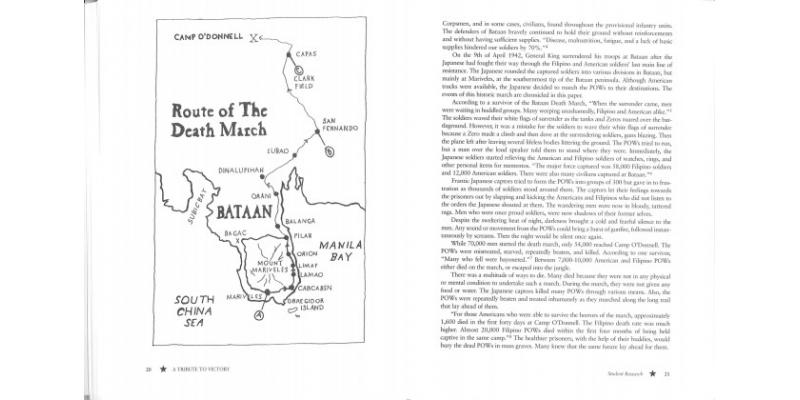 Students researched World War II in many ways. The most powerful way was through interviews. In pairs, students conducted extensive interviews, asking veterans to share personal accounts of their experiences during the war. Students then wrote entries for each person interviewed, combining original writing with direct quotes from the interviewees. The book includes historical photos of the veterans, as well as maps. Students’ writing nicely captures the emotional and physical nature of many experiences people had during the war.

A Tribute to Victory also gives some general historical overview of aspects of the war, and covers topics related to the history of World War II, such as the Navajo Code Talkers, the Atomic Bomb and women’s roles during the war.

In the final section of the book, each student shares his or her reflections on working on this project and includes a digital photograph of each student.

The publication of this book was funded through contributions solicited by students from local businesses, veteran’s organizations and private citizens.

The quality of the final production brought recognition to both the students and to the school, and honored local veterans for their contribution to America.

This project was in part inspired the work of earlier students, who did an outstanding World War II expedition that focused on the Tuskegee Airman. These students hosted a national symposium on the airmen that was attended by 900 participants.

Creation of a Nation