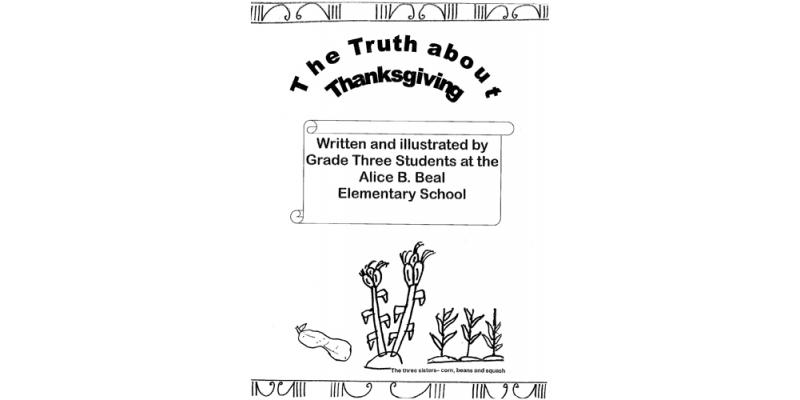 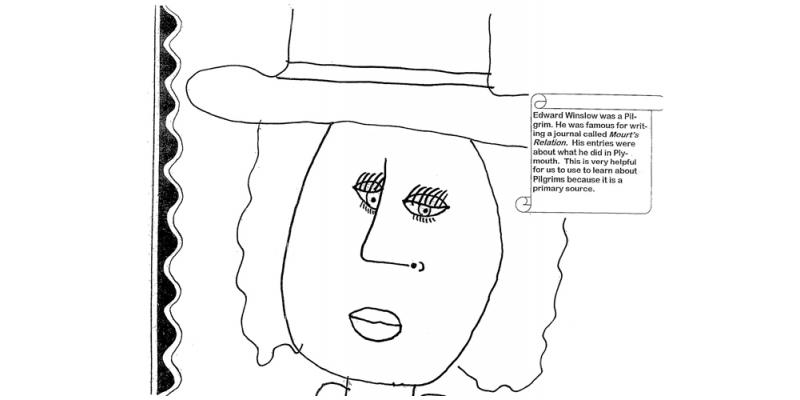 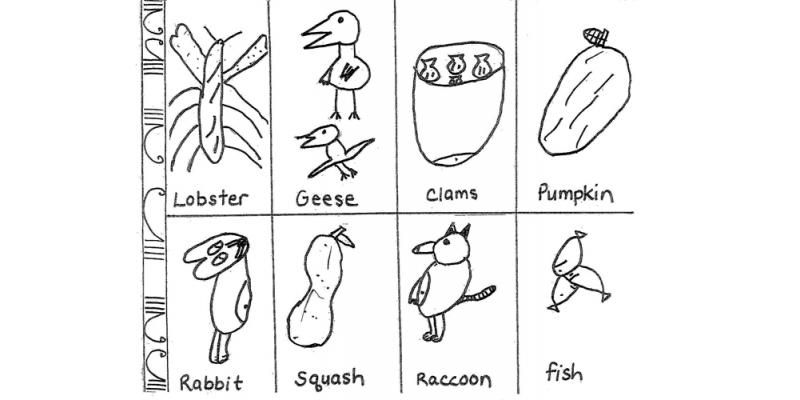 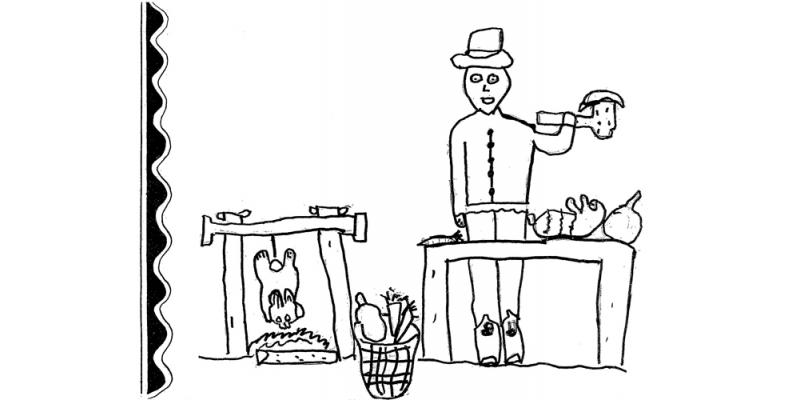 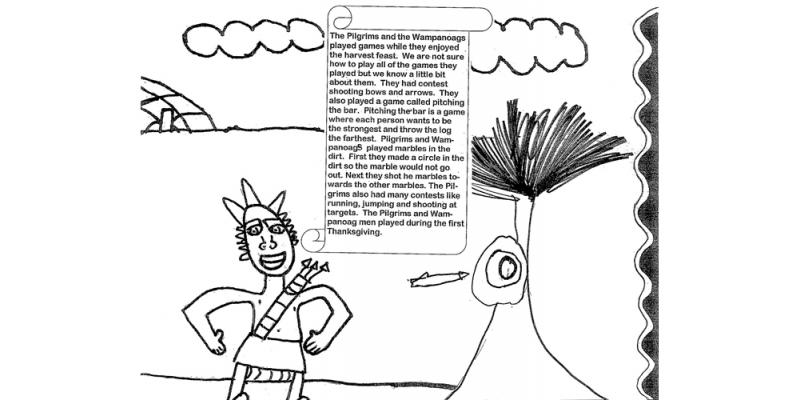 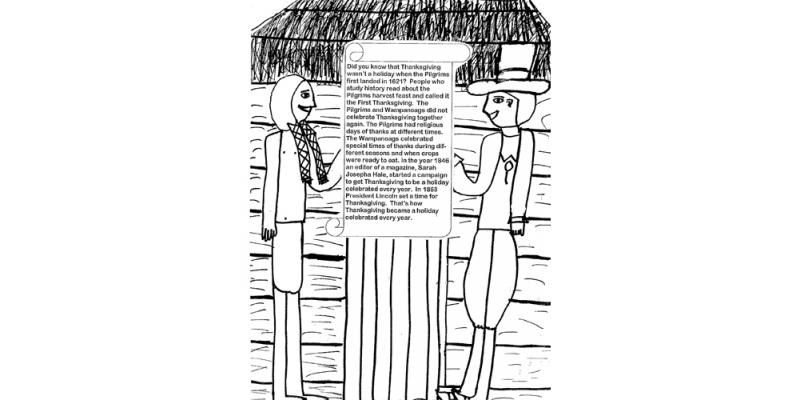 Because the written documentation of the event is entirely from the White perspective of the Pilgrims, it was not possible to get a truly balanced perspective and get a sense of how the Wampanoags viewed the event at that time. As is often the case, the perspective of indigenous peoples was not sought and recorded at the time. So this is not actually a full story or "true" story.

However, the students worked hard with the resources they could access to dispel some of the common myths about the first Thanksgiving (such as that Pilgrims and Wampanoags were friends, or that they ate foods that are common at today's Thanksgiving dinners), and they shared what they learned from their research about the event.

They prioritized primary source documents, using writing by Pilgrims William Bradford and Edward Winslow about what happened at the event. They did field research at the Plimouth Plantation Museum and consulted with experts there about what we know about the lives and perspectives of Pilgrims and Wampanoags. They used websites for the Plimouth Plantation Museum and Boston Children's Museum in their research.

This coloring book includes line drawings and multi-sentence paragraphs in which students depict their knowledge of people, events and interactions between the two cultural groups. The borders use designs from traditional Wampanoag themes. The book also became part of a service project: baskets of food were made by a local organization for families-in-need at Thanksgiving; the book was included as a gift for each family.