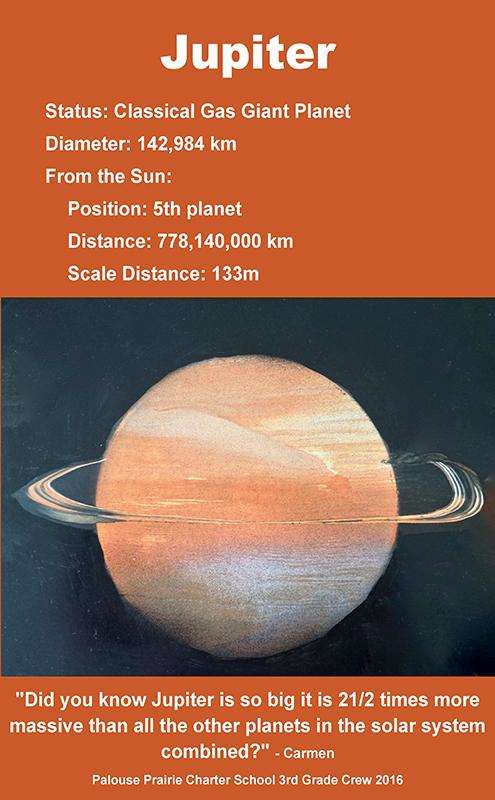 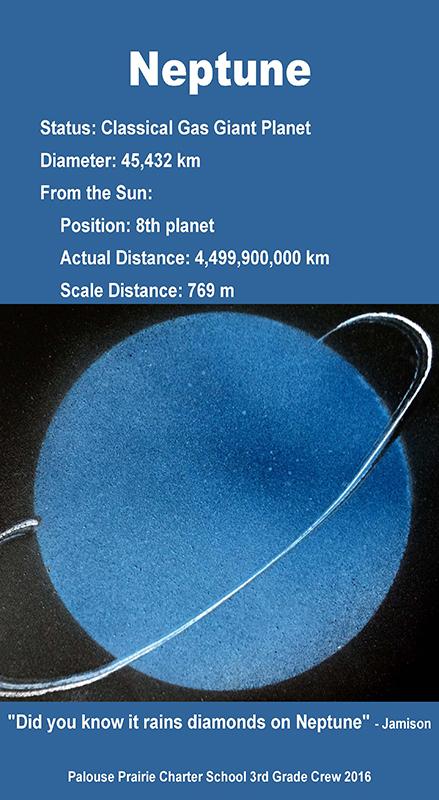 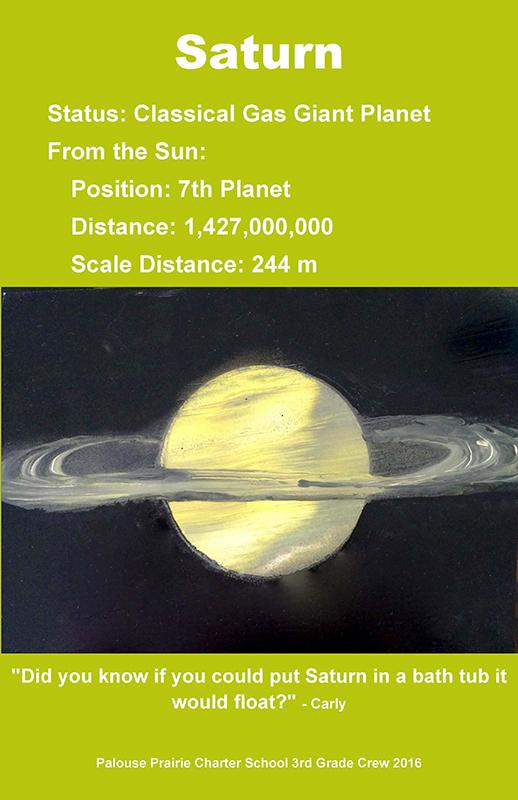 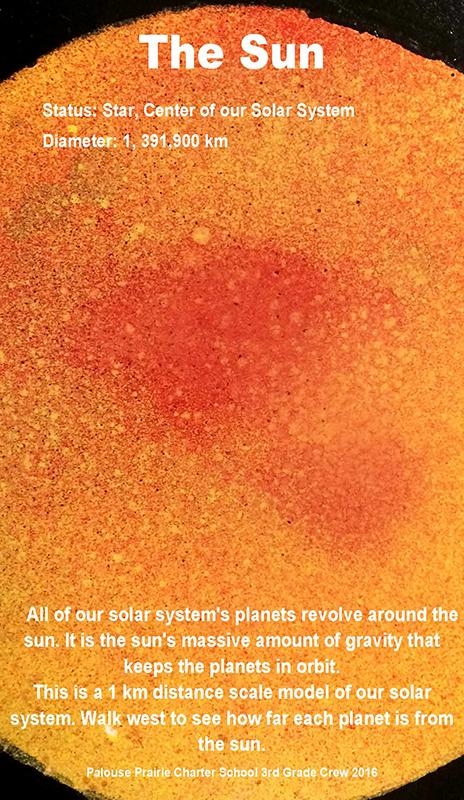 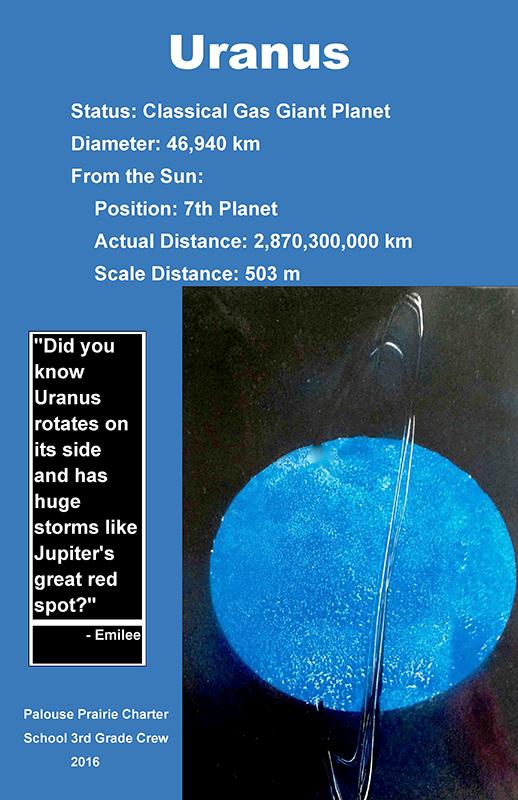 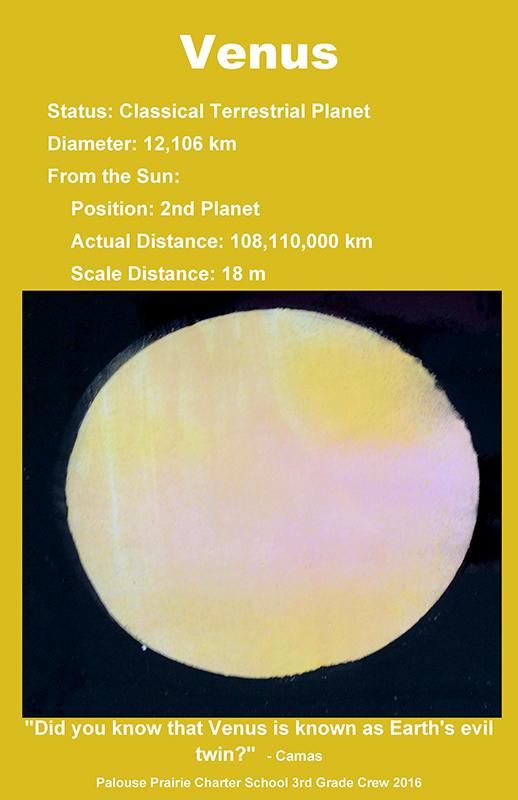 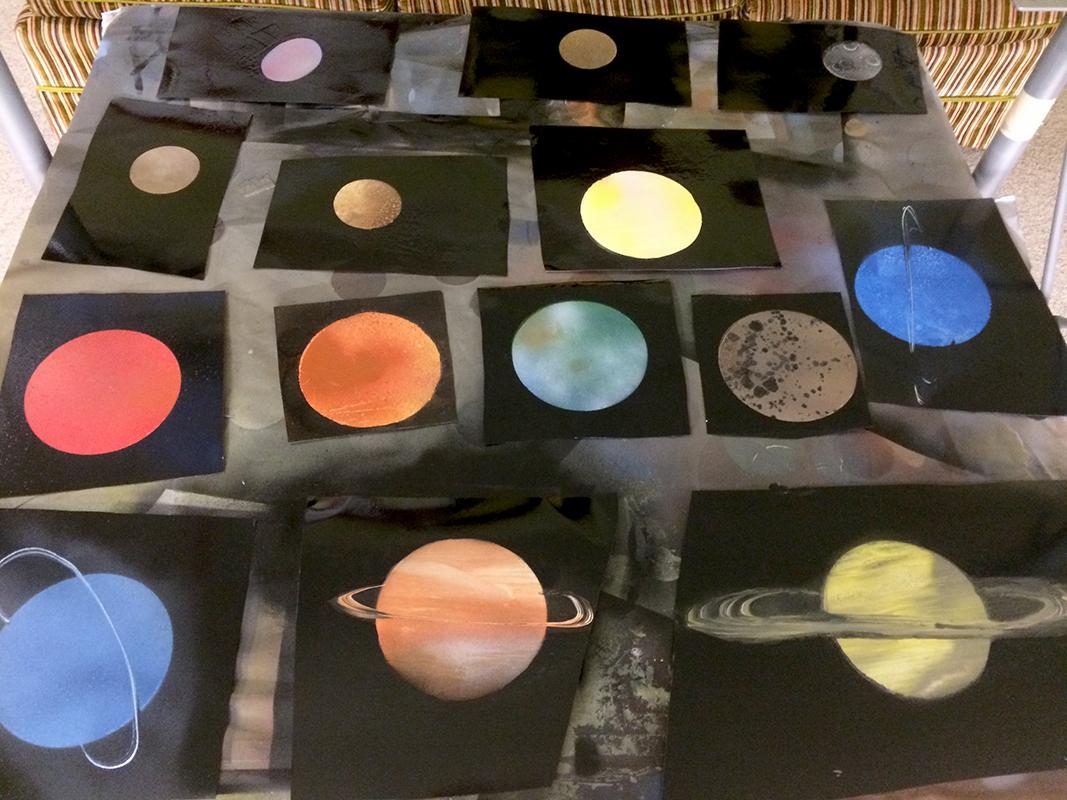 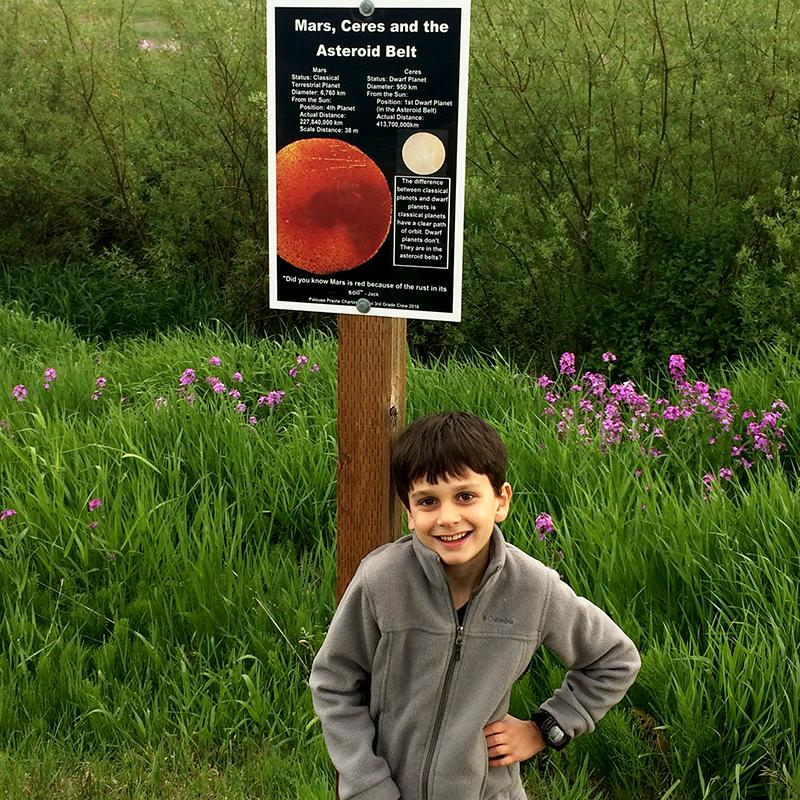 In this science expedition, 3rd graders answered the guiding question: What is our place in space?

They kicked off the expedition by building background knowledge on the purpose of NASA—what they do and how they do it. The first case study examined what makes a planet a planet. They analyzed The International Astronomical Union’s definition of a planet and how that definition led to Pluto being demoted from planet to dwarf planet. Each student became an expert on one planet or dwarf planet. At the completion of this research, they used each other’s work to compare the planets and build a scale model of the solar system in our classroom.

The second case study focused on the sun and why we orbit. The 3rd graders engaged in gravity experiments and conducted fieldwork at the Washington State University planetarium where the orbit pattern was modeled for them. They also worked with experts who helped them understand inertia. In the end students realized that the more they learned about space the more questions they had. Now they really understand the purpose of NASA. Our concluding answer to our guiding question, (what is our place in space?) was, we are still figuring that out.

The final product had two components. One,  was to get the answers to what we still didn’t know by writing letters to NASA. The second component was to, share what they did know with the community by updating the existing kilometer-long scale model of the solar system, originally built by past PPCS 3rd graders five years previously. With help from a local artist, students used spray paint to create new planet art. They updated the information and added the dwarf planets. The letters were mailed and the ribbon was cut in a community ceremony for the new and updated Walk of the Planets.