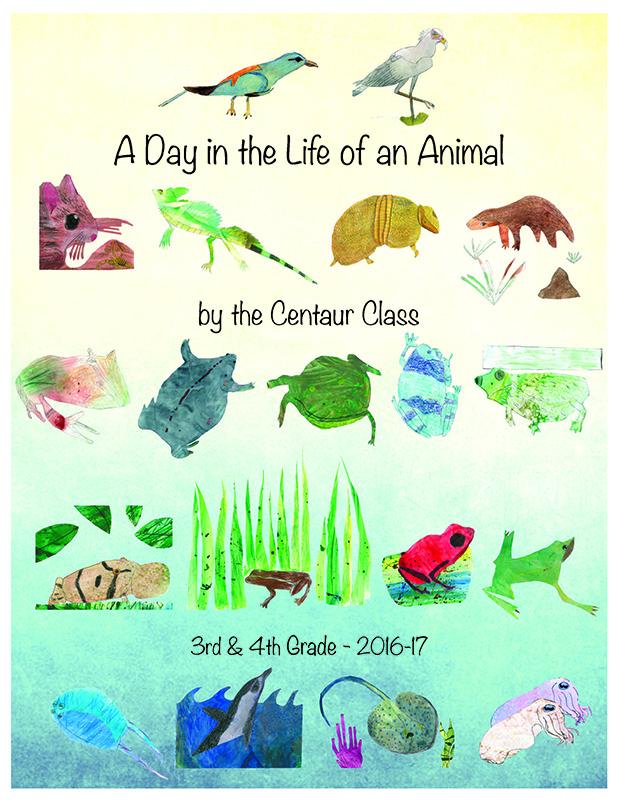 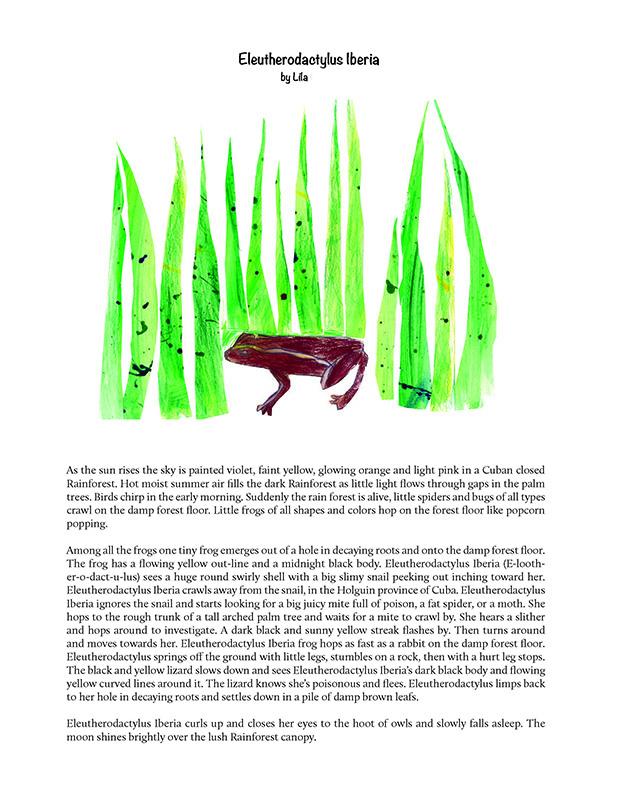 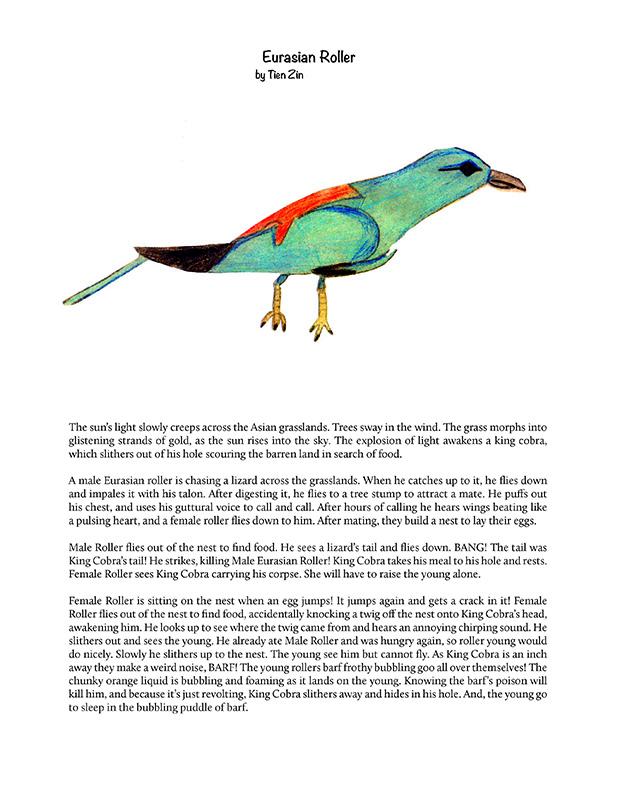 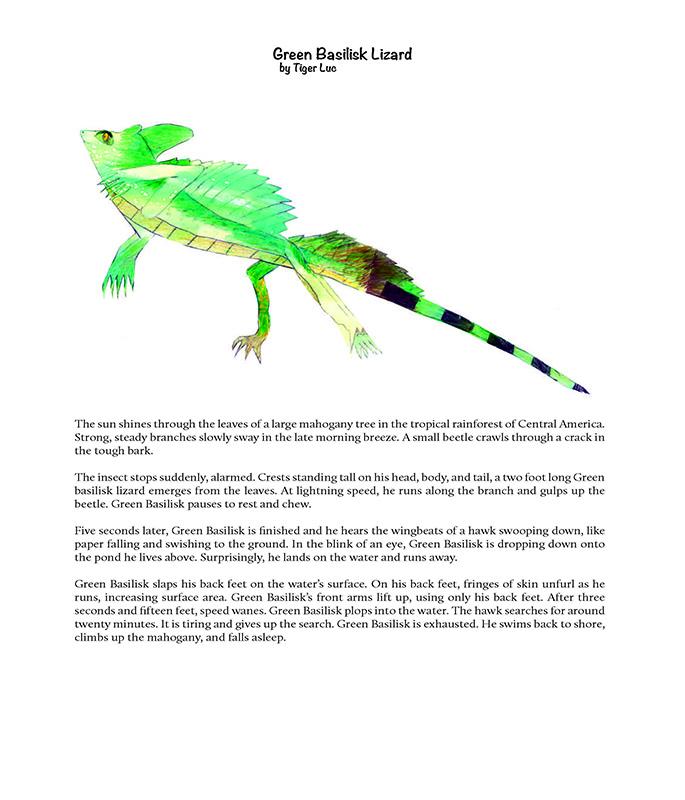 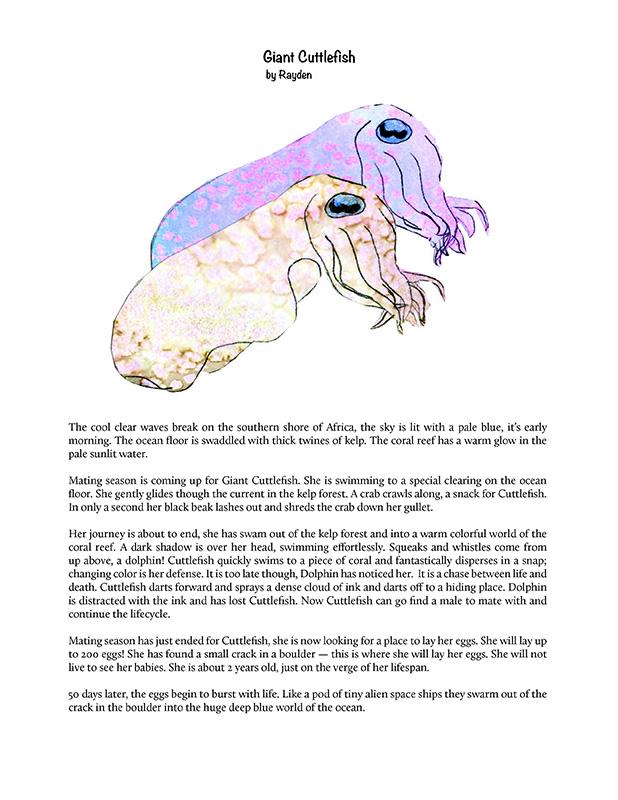 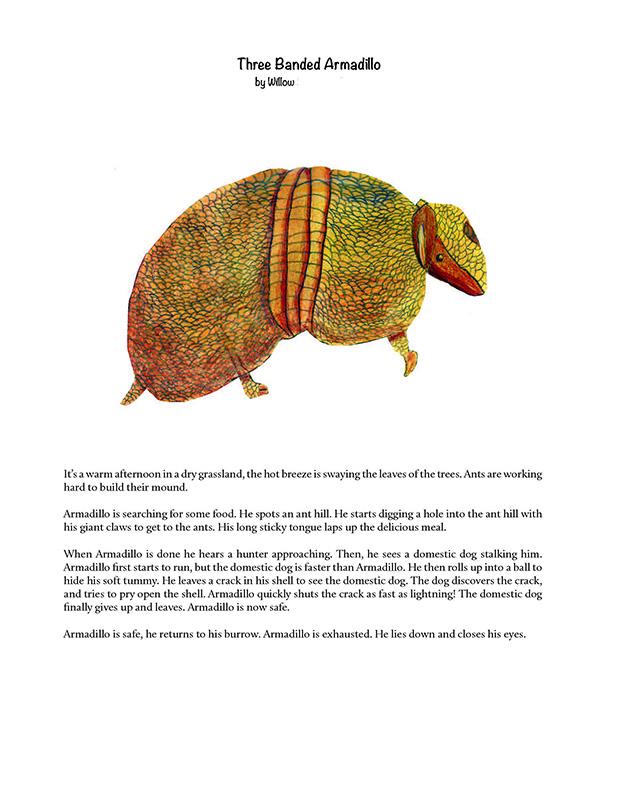 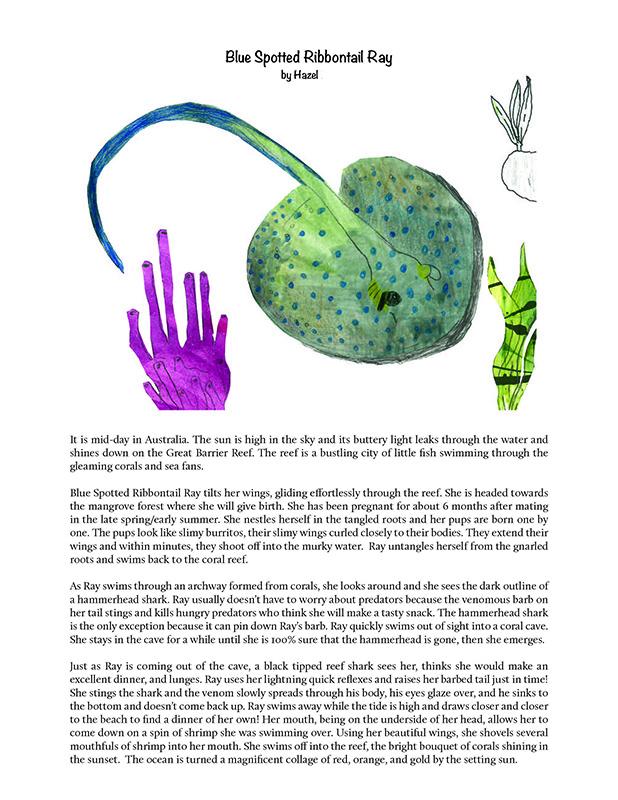 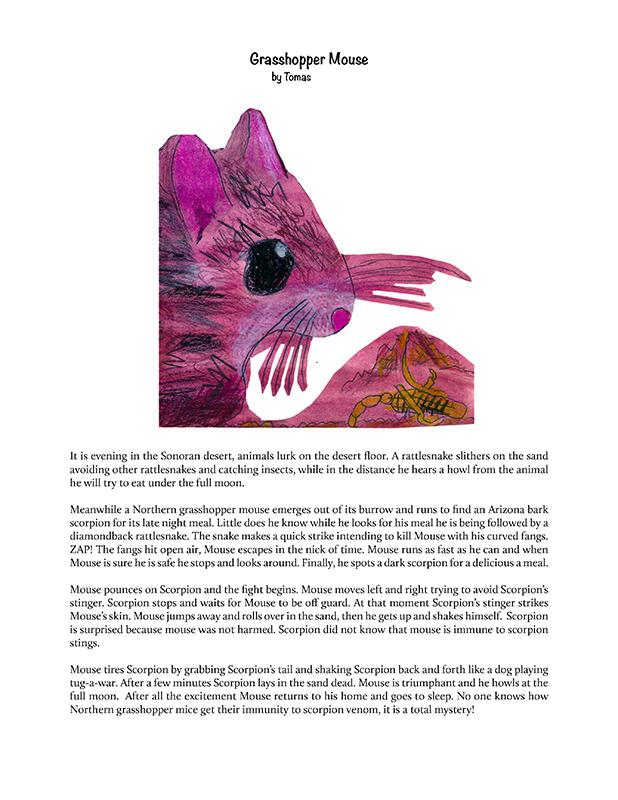 This book was created by the Centaurs (third / fourth graders) at Santa Fe School for the Arts & Sciences as the culminating project of an expedition that asked the question, “How do animals survive?”

Fourth graders were tasked with learning about animal defenses. To deepen their understanding of this topic they researched different behavioral and physical adaptations using Christina Wilson’s Animal Behavior, Animal Defenses as a mentor text. Next, they choose an animal to research and became an expert on that species.

Third graders learned about frogs and all the amazing adaptations that help them survive with help from their mentor text, DK’s Everything You Need to Know about Frogs and Other Slippery Creatures. Then they became experts on the frog species that they chose to research. Finally, after exploring the question, “How do writers inform and entertain their audience?” the students then used the writing process to create non-fiction stories about their animals.

With the help and guidance of their art teacher, students focused on creating colorful images of their selected animals to accompany their narrative text. They were provided with small color photographs of their animal which they worked to translate into a drawing. Students learned the “scaling up” technique of using a grid to enlarge their image. Emphasis was placed on accurate proportions and close observation of details. Analysis and copying of negative shape helped many students achieve a kind of “realism” in their work. After multiple drafts, students used transfer paper to transfer their final animal drawing onto their painted paper. The previously colored paper was mottled and textured, giving a vitality and life to the design. The animals, now drawn on colored paper, were then cut out and glued down. Additional details and color were added to the work.

Planning for this expedition was supported with resources from EL Education’s language arts curriculum.  Adaptations and the Wide World of Frogs and Animal Defense Mechanisms modules helped supply a jumping off point as well as important resources.