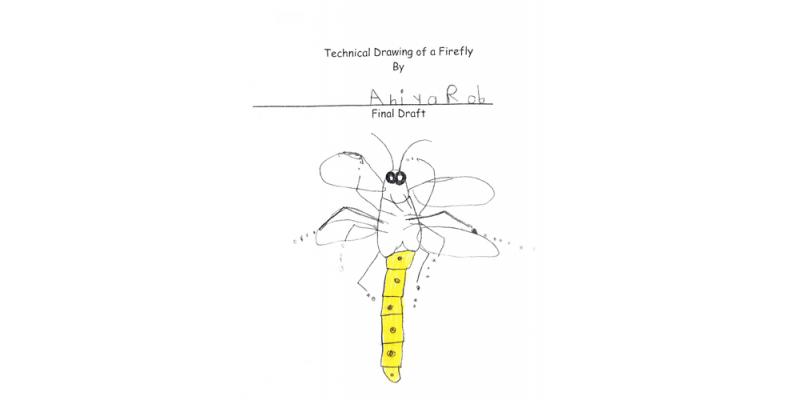 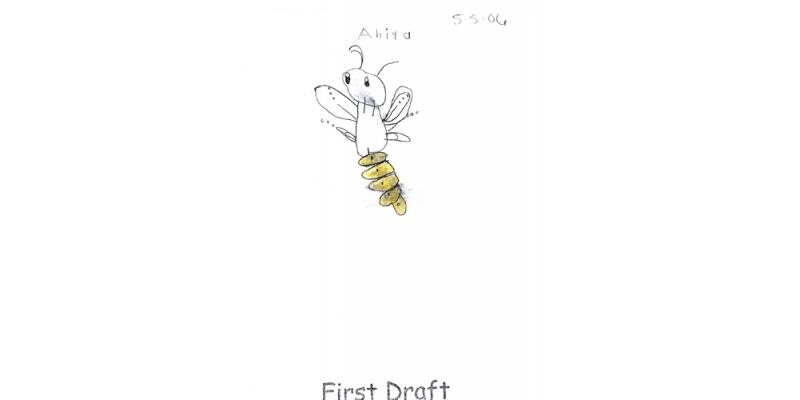 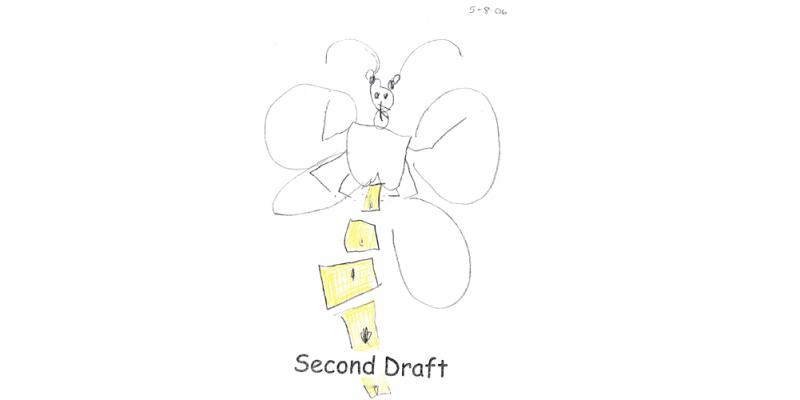 These drafts present evidence of critique and revision for two four-year-olds from the preschool of the Academy of Learning and Leadership in Milwaukee, Wisconsin, who were involved in a Learning Expedition on insects. Three versions of two student’s scientific illustrations of fireflies demonstrate the potential of multiple drafts to improve or clarify learning – even for very young children.

Notice particularly the progression for Ahiya. Her progress was not entirely linear. Draft two was not a simple improvement from draft one, but rather shows experimentation that becomes useful in the subsequent draft. For draft two, Ahiya responded to feedback (i.e. “wings too small” or “tail not segmented enough”); her new focus on enlarging and clarifying the segments and wings caused her second draft to become distorted and disjointed. In her final draft, however, Ahiya incorporated this new detail and scaled it back down to better proportions, resulting in a notable level of precision and detail in her final illustration.