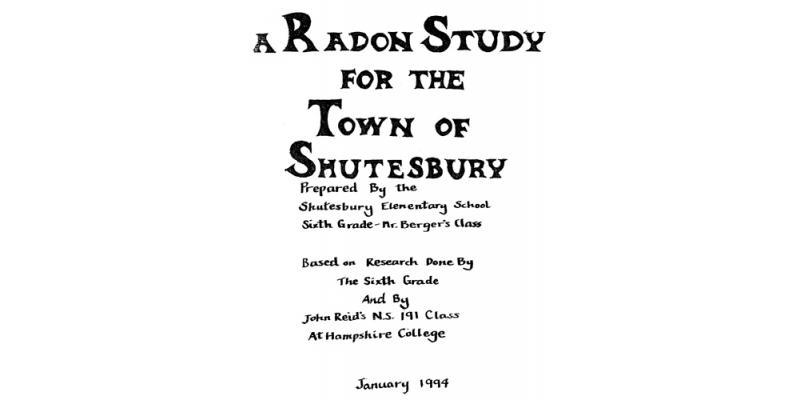 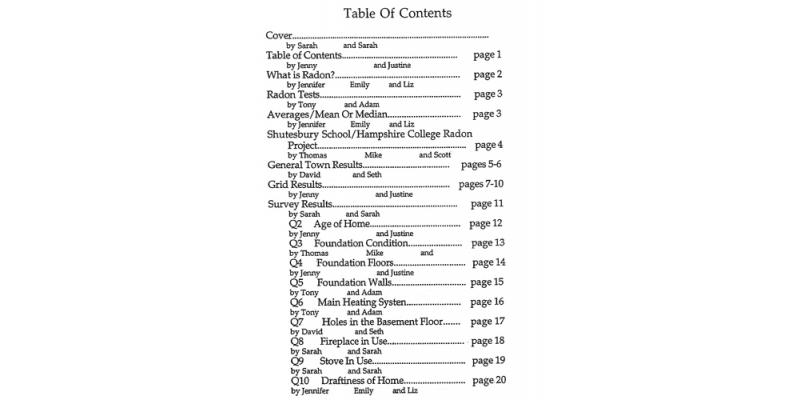 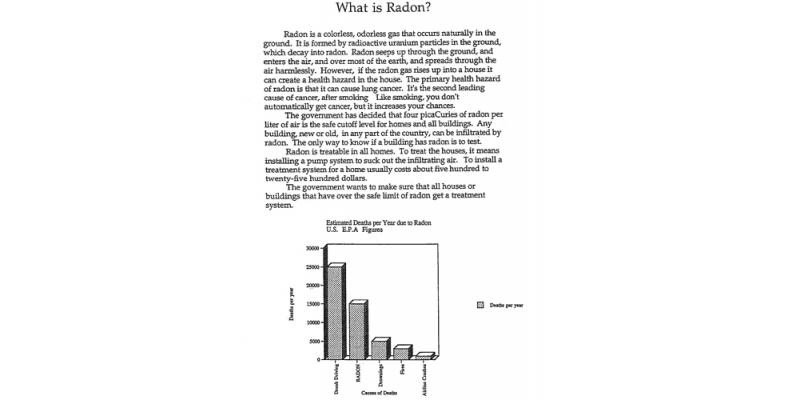 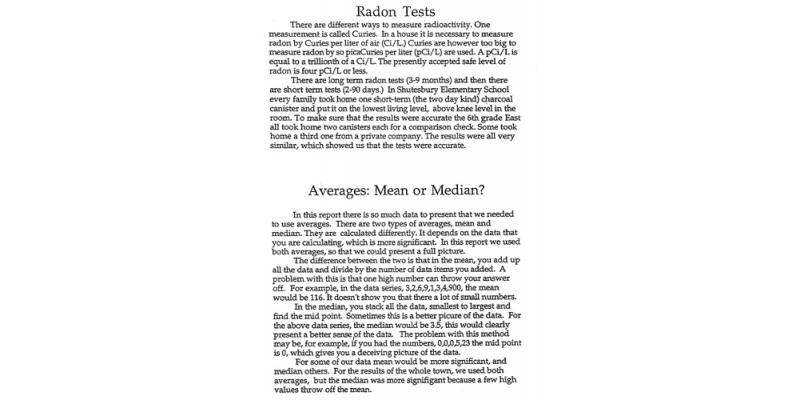 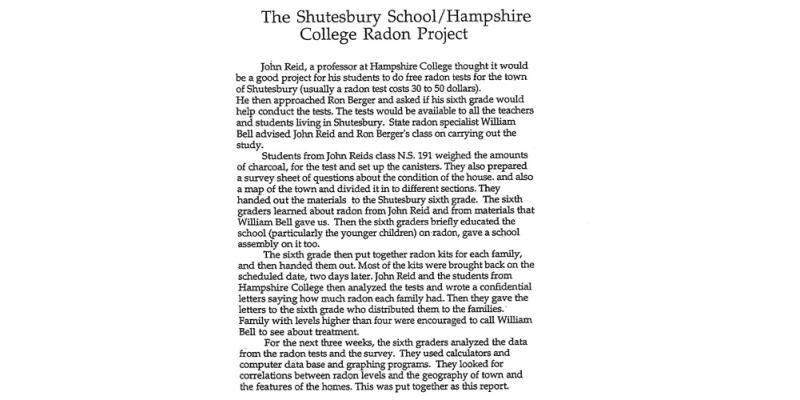 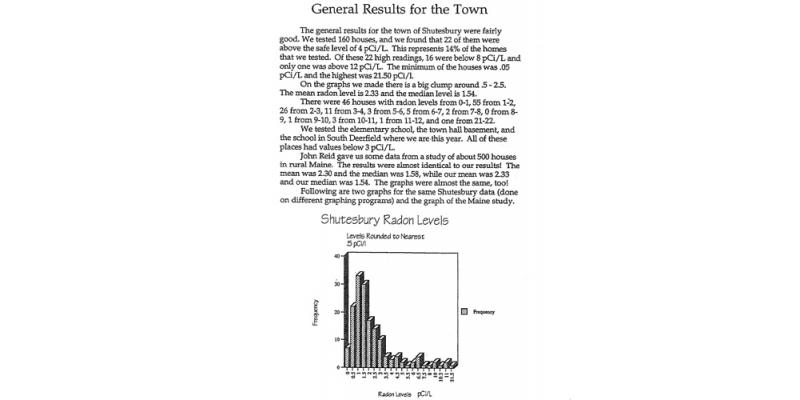 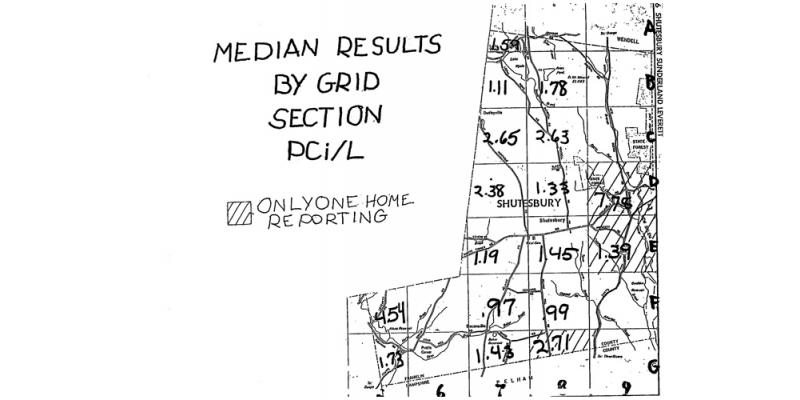 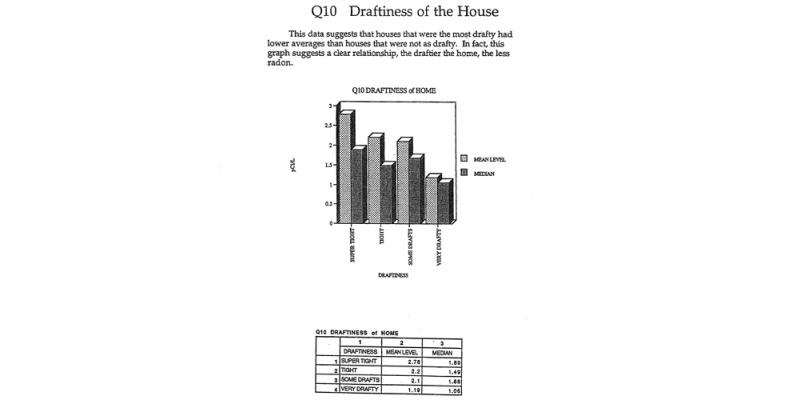 This scientific report was prepared by 6th grade students at the Shutesbury Elementary School, in Shutesbury, Massachusetts. Students partnered with local scientists and undergraduate students from Hampshire College to test radon levels in Shutesbury homes, prepared the first town-wide study of radon in the state of Massachusetts, and then reported the results to individual families and prepared and presented this report to the town.

With support from college professors and students, the elementary students learned the basic geology, chemistry and physiology to understand radon gas creation and proliferation, abatement, and the dangers of radon as a carcinogenic agent. To test radon levels in homes, the students offered radon testing kits, obtained from the college, to all residents of Shutesbury. Students prepared informational packets for every family, distributed kits; kits were collected, brought to Hampshire College, and analyzed. This gave students, many of whom came from families who had little experience with college, the opportunity to spend time in a college laboratory and develop confidence with the idea of applying to college.

In addition to radon testing, students also collected information via interviews about characteristics of each of the homes that had been tested for radon. Data collected included the age of the home, the type of foundation and chimney, the type of heating system. This information allowed students to explore whether there was a correlation between features of homes and radon levels.

The report to the town includes background information on radon, how they conducted their tests, and an analysis of the data. After presenting data, other town officials across the state, as well as state-level officials, became interested in their process and their data; students sent out copies of this report to officials in many area towns, as well as state and federal radon commissions, to meet requests.

Because of the scope and import of the project, as well as the interest that was generated because of their work, students formed committees that were responsible for dealing with outside interest. For example, a legal committee was assembled to address the real issue of property values and communicate directly with the town lawyers. A media committee also was formed that dealt directly with newspapers and other media outlets that wanted information about the students’ results and/or their involvement in the project.

This project, done in 1994, was the first in a series of original student scientific research carried out by students in Shutesbury. See #270 and #275 for further extensions of this work.