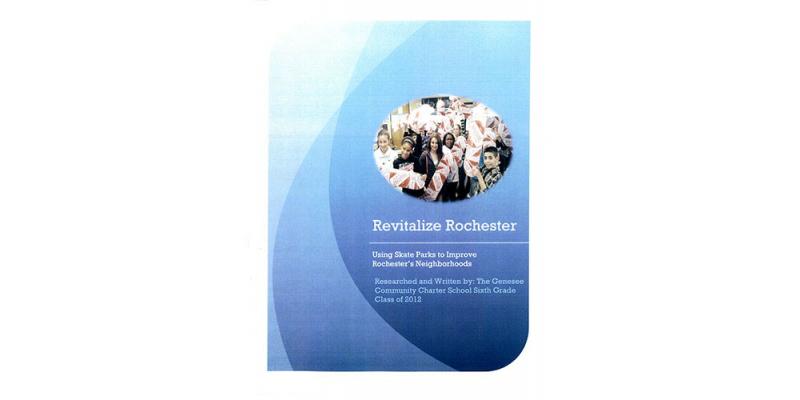 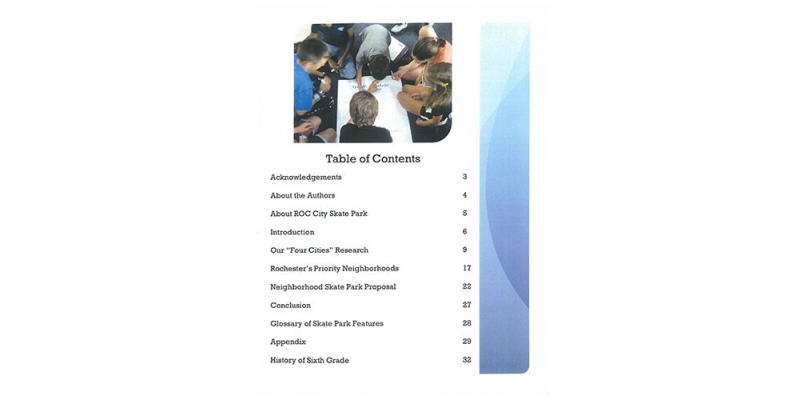 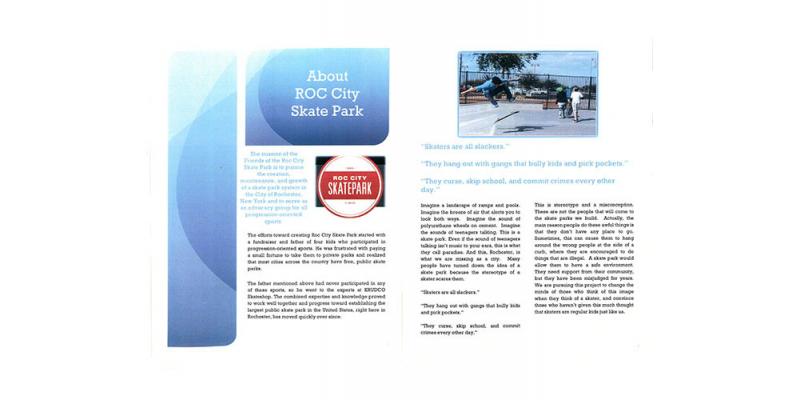 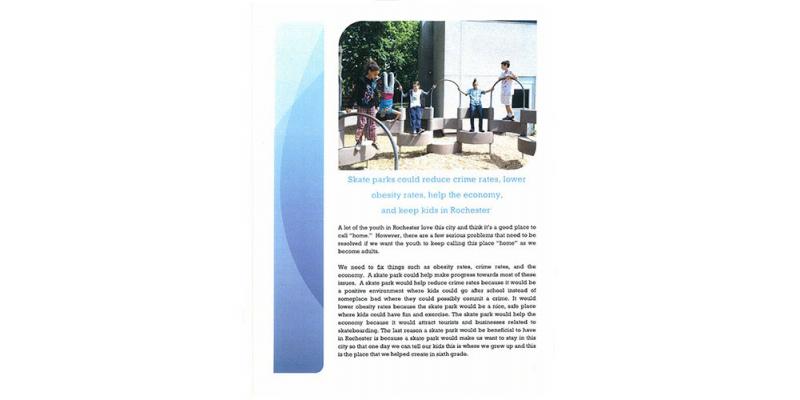 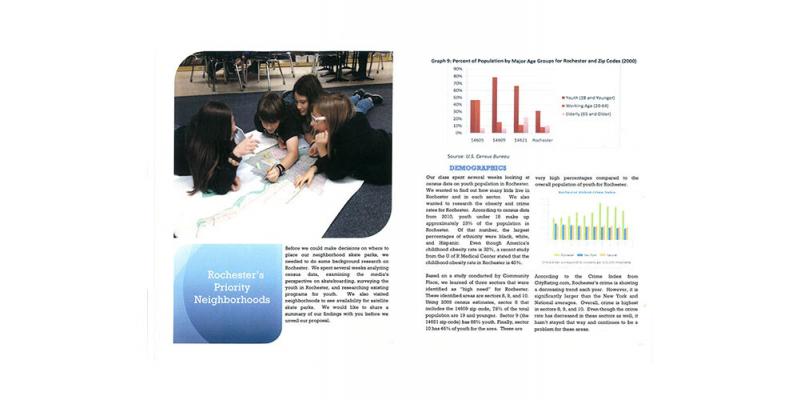 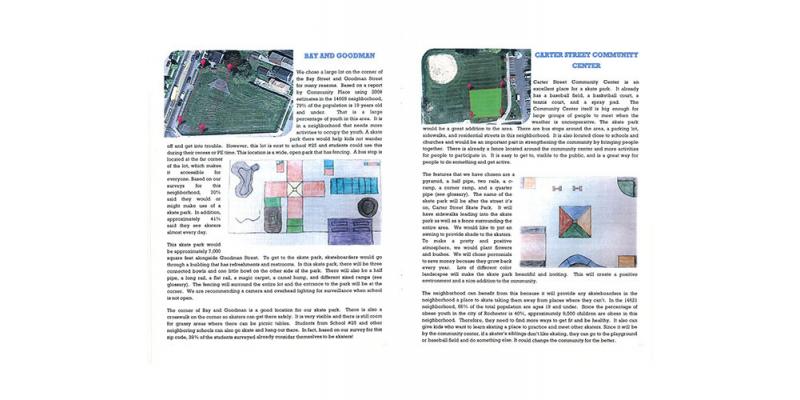 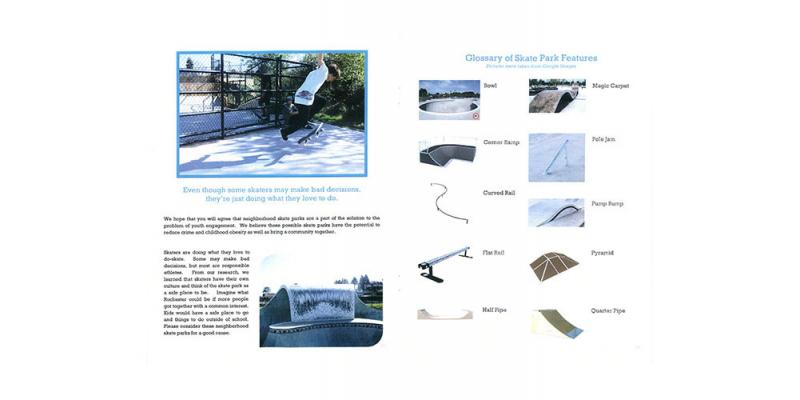 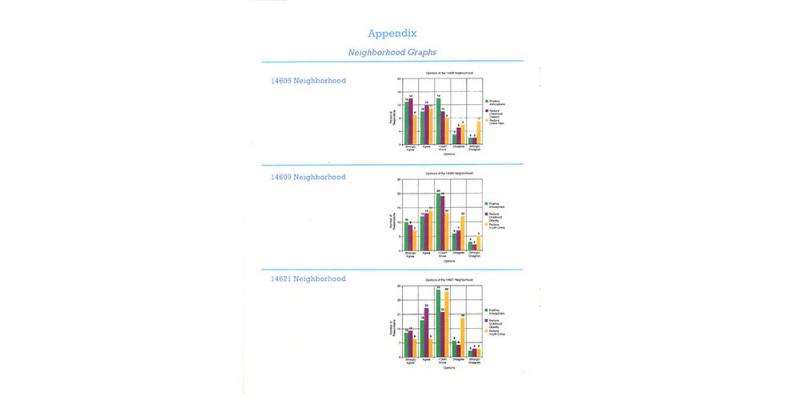 This project is the end product of a year-long learning expedition by the sixth grade students of Genesee Community Charter School in Rochester, New York. Each year, the sixth grade students spend the entire school year working on a single topic related to improving their community or raising awareness of local problems. The 2012 sixth graders proposed building skate parks in several neighborhoods in Rochester to revitalize the community, advocate for skate parks as a means to reduce crime rates and obesity, and to reverse some of the harmful stereotypes many people have about skateboarders. The culmination is this professional quality report/position paper.

Students began the project by researching and visiting model cities with successful skate parks. There they spoke to experts and learned about designing, planning, and funding skate parks, creating municipal programming for young people, and how skate parks can benefit a community. They incorporated this knowledge into their planning and proposal. Their planning was highly detailed and considered many factors, including the design and location of the park, maintenance, rules, marketing, and predicting potential problems the skate park could have and their solutions.

Students then identified the neighborhoods in Rochester that would most benefit from having a skate park. They considered crime rates, percentage of youth in the local population, vacant land space, and percentage of childhood obesity. They also studied census data, the existing youth programs available in local communities, and surveyed Rochester residents to determine which neighborhoods to build in. They proposed to build skate parks in four neighborhoods, with specific locations for the parks and potential park designs for each location.

Finally, the proposal includes a glossary with images of skate park features, an appendix of demographics for the neighborhoods they propose to build in, and a copy of the survey they asked local residents to fill out to gauge interest in skating.