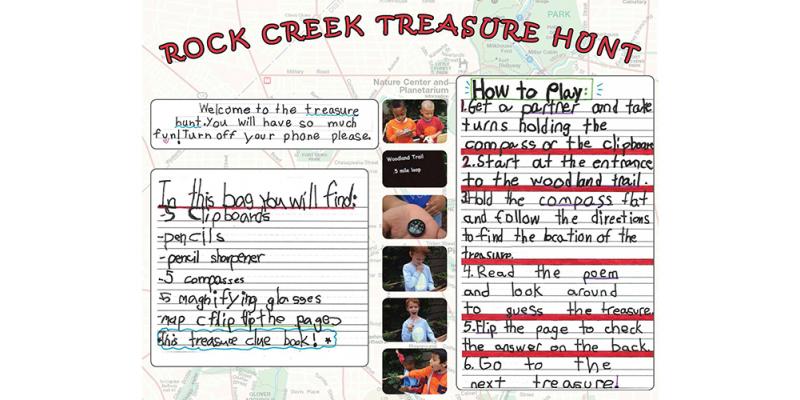 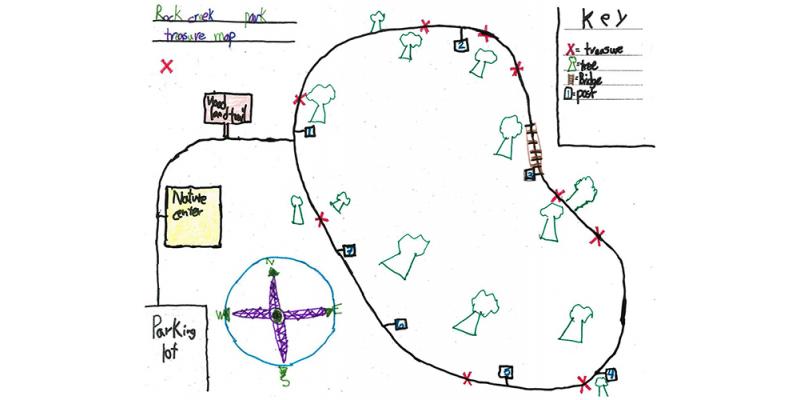 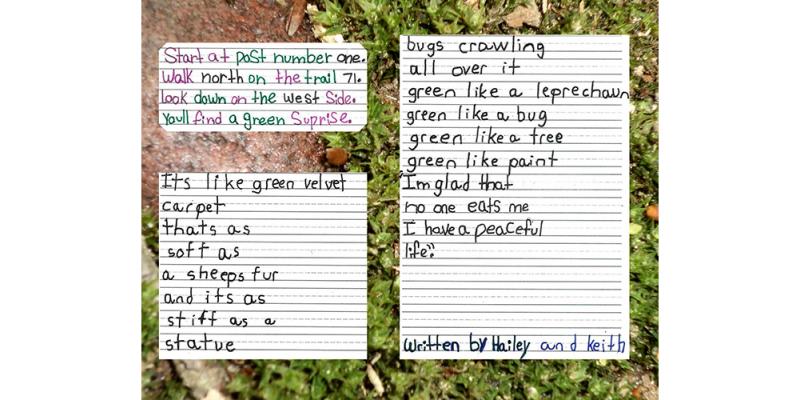 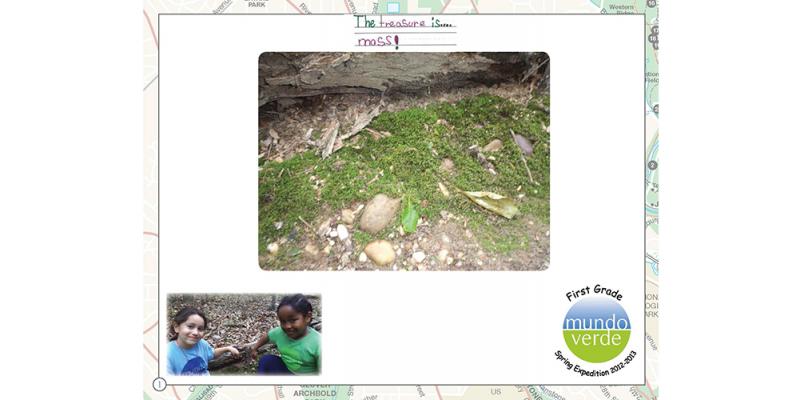 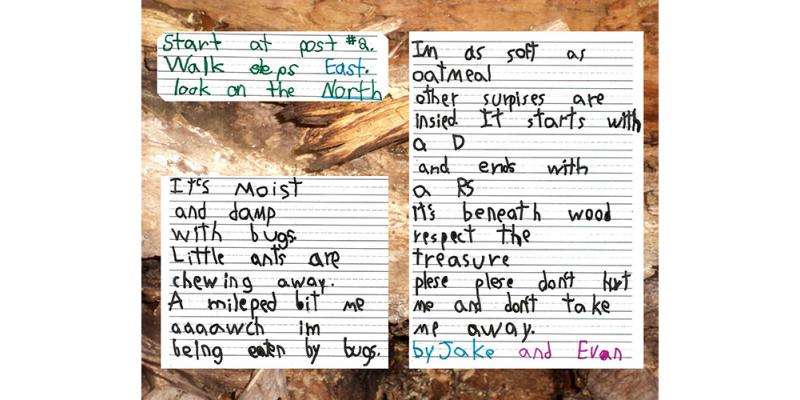 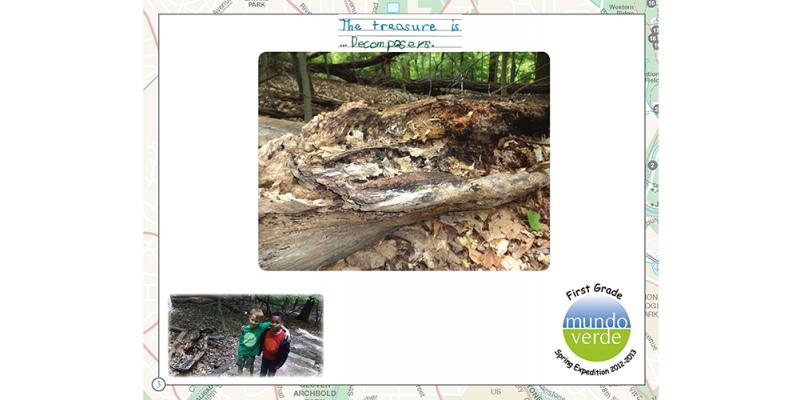 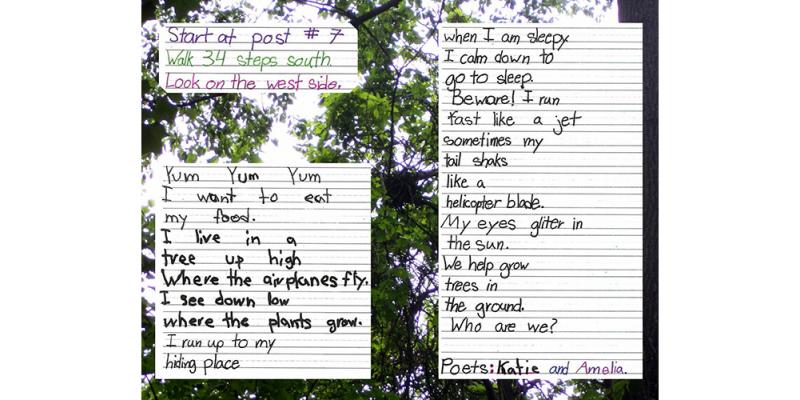 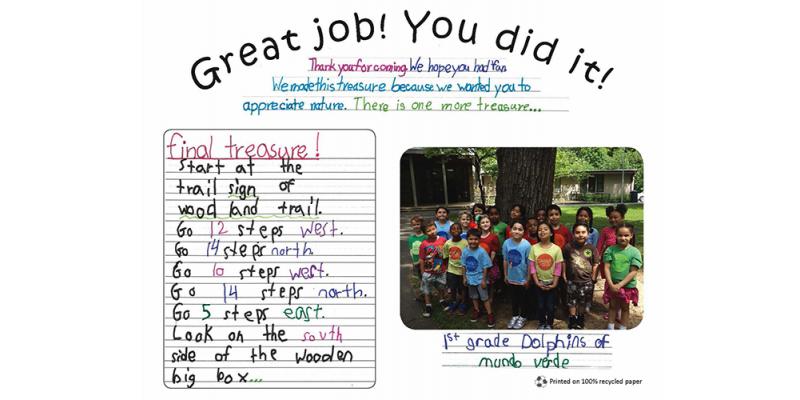 This project was created by first grade students at Mundo Verde Bilingual Public Charter School in Washington, DC as part of a learning expedition called “People, Places, and Play – oh my!”

Students created a treasure hunt in Rock Creek Park, a national park in Washington, DC. They visited the park many times, and consulted with experts as they worked on the project. They identified the treasures and wrote directions so that they could be found, as well as poems to serve as clues to treasure hunters. They also took pictures of the park that serve as the background images to the poems and directions. They created a map that includes identifying features of the park as well as points of relevance for the treasure hunters.

First grade students at Mundo Verde study in both English and Spanish. They learned how to create maps in Spanish, and how to use them in English. Also incorporated into the project was the idea that “treasure” is not always money or material objects, but can also be objects or places that have beauty or special meaning.

The students then shared copies of the book with Rock Creek Park so park visitors can take part in the treasure hunt.