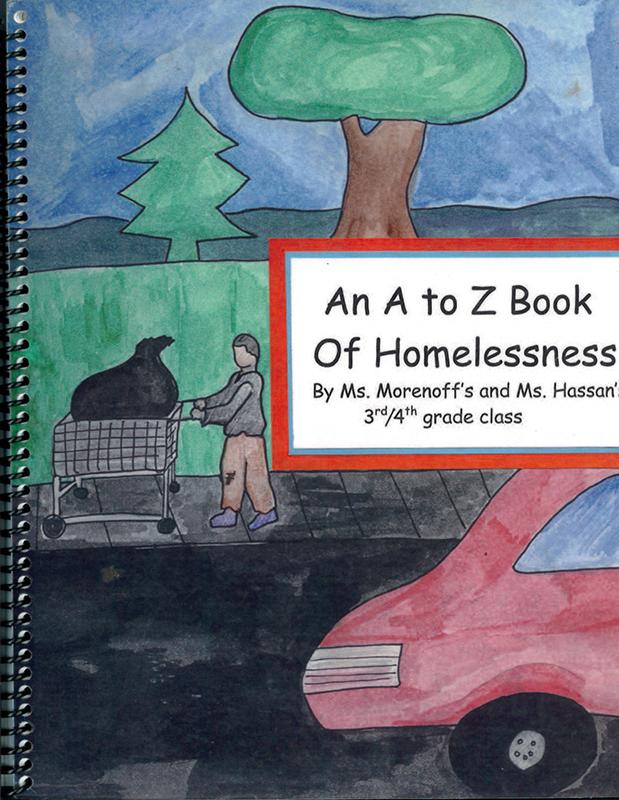 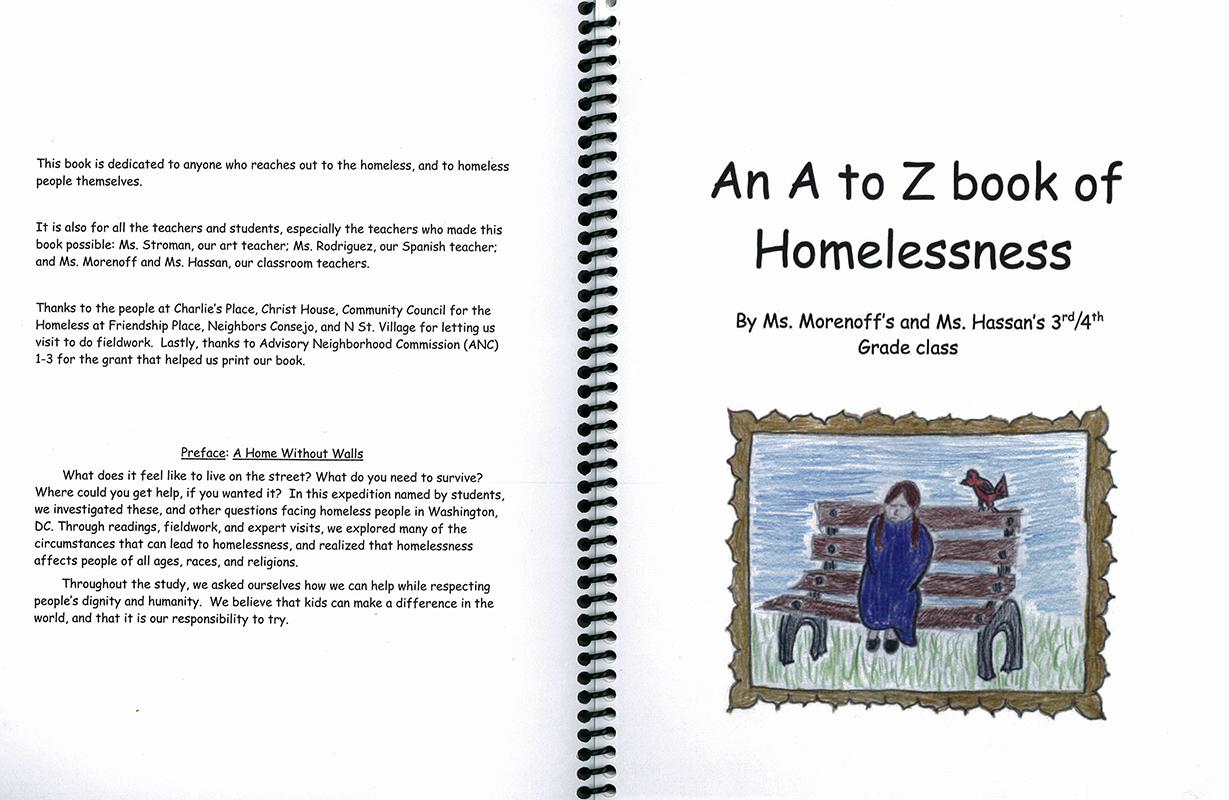 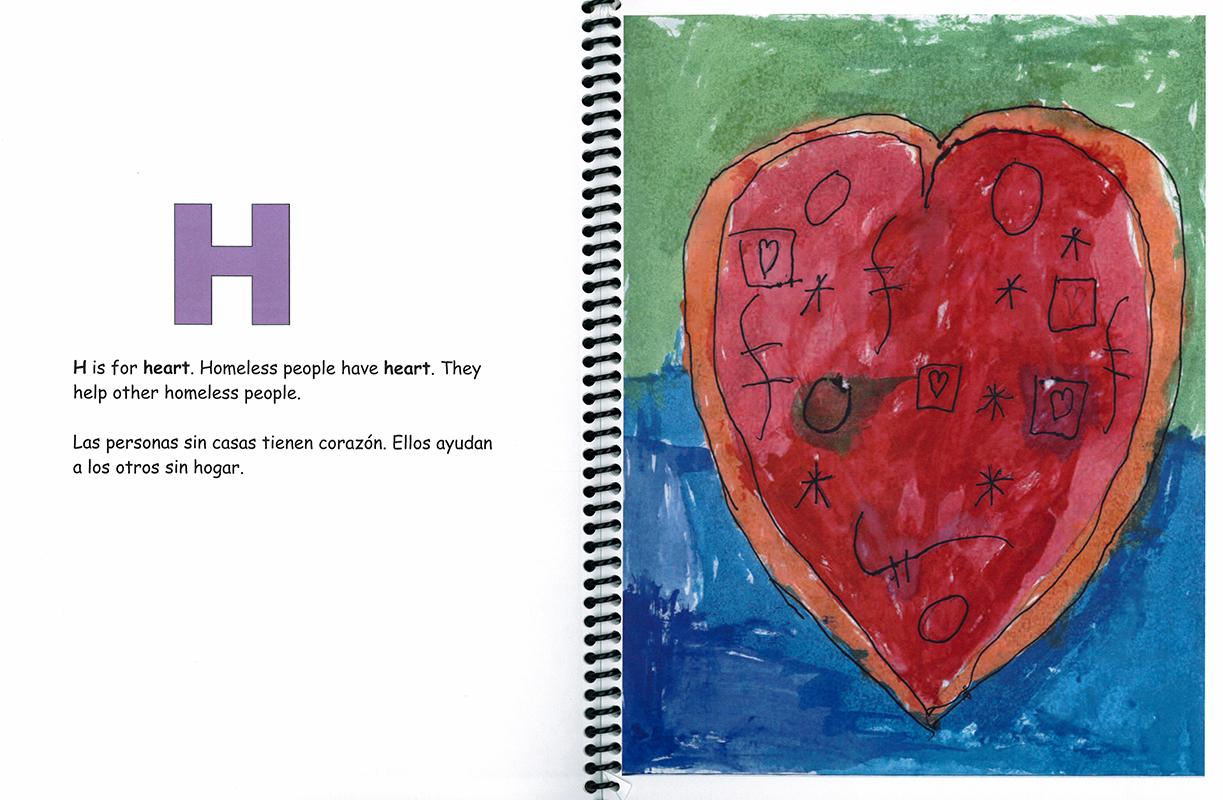 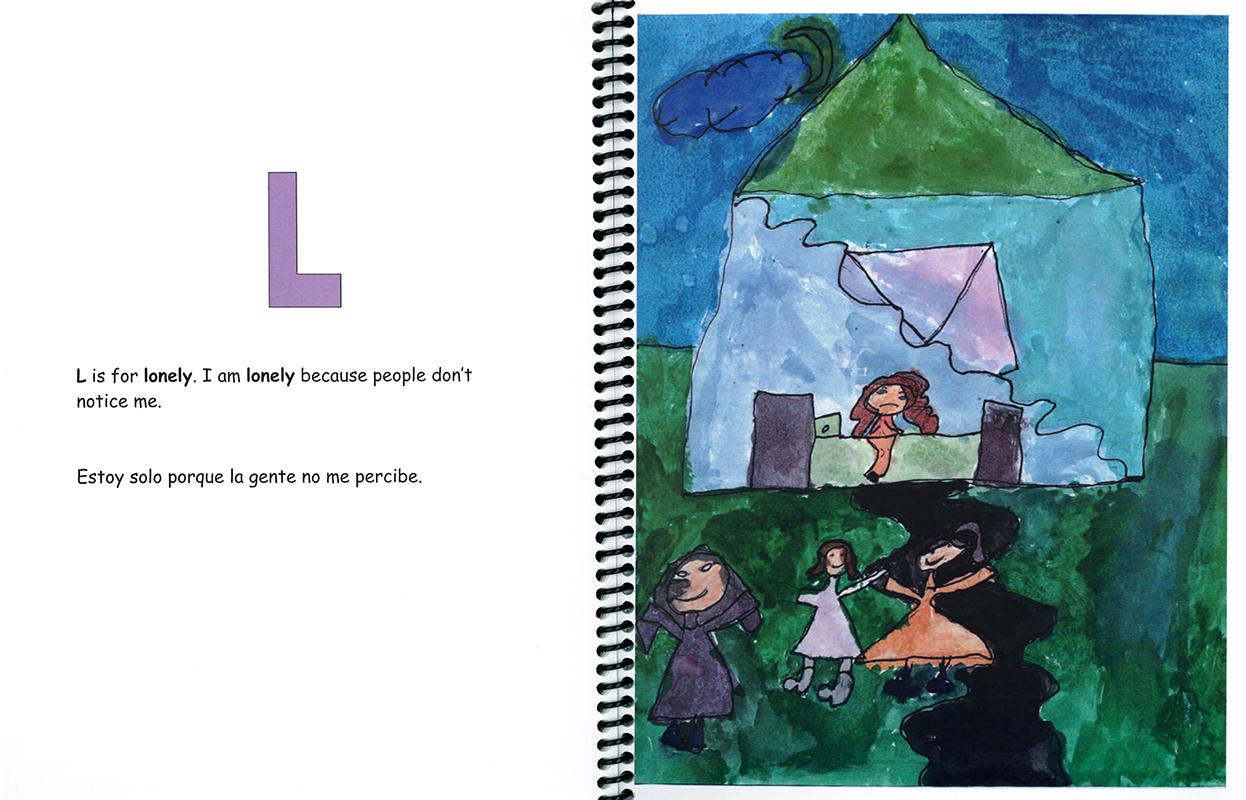 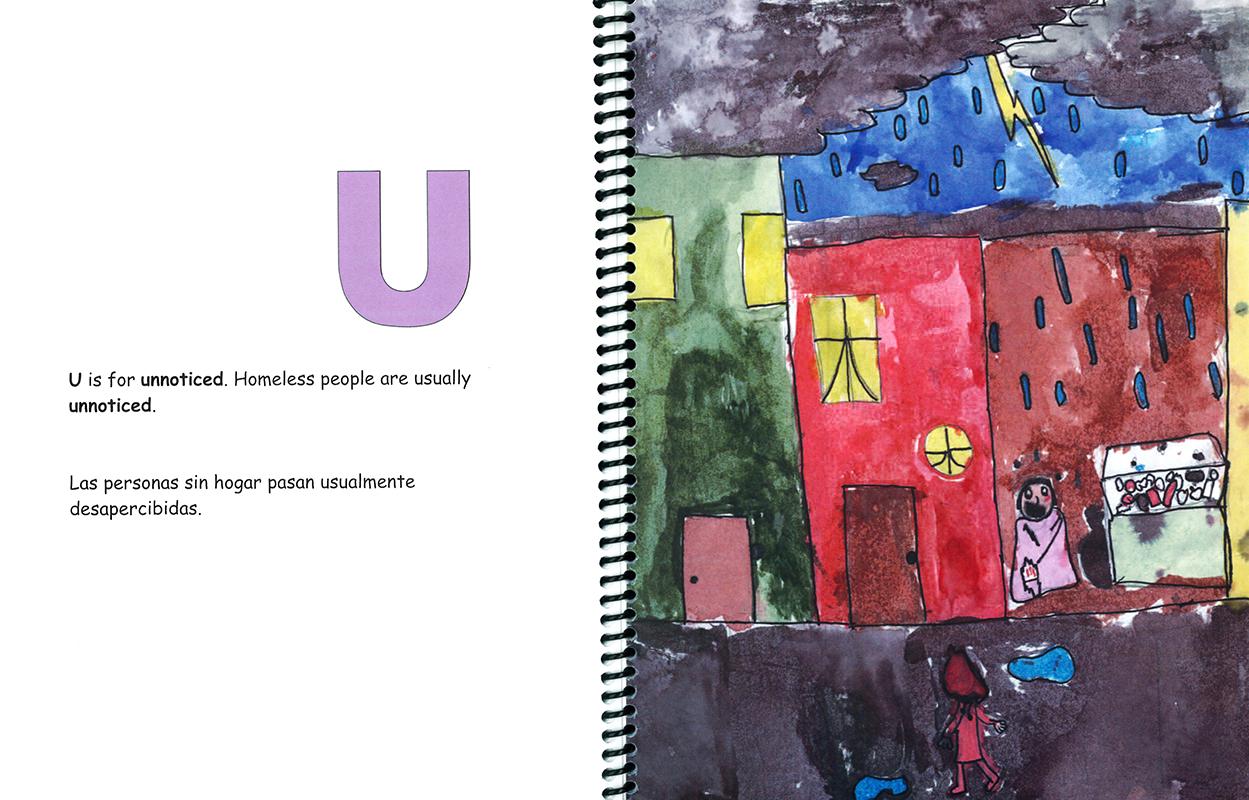 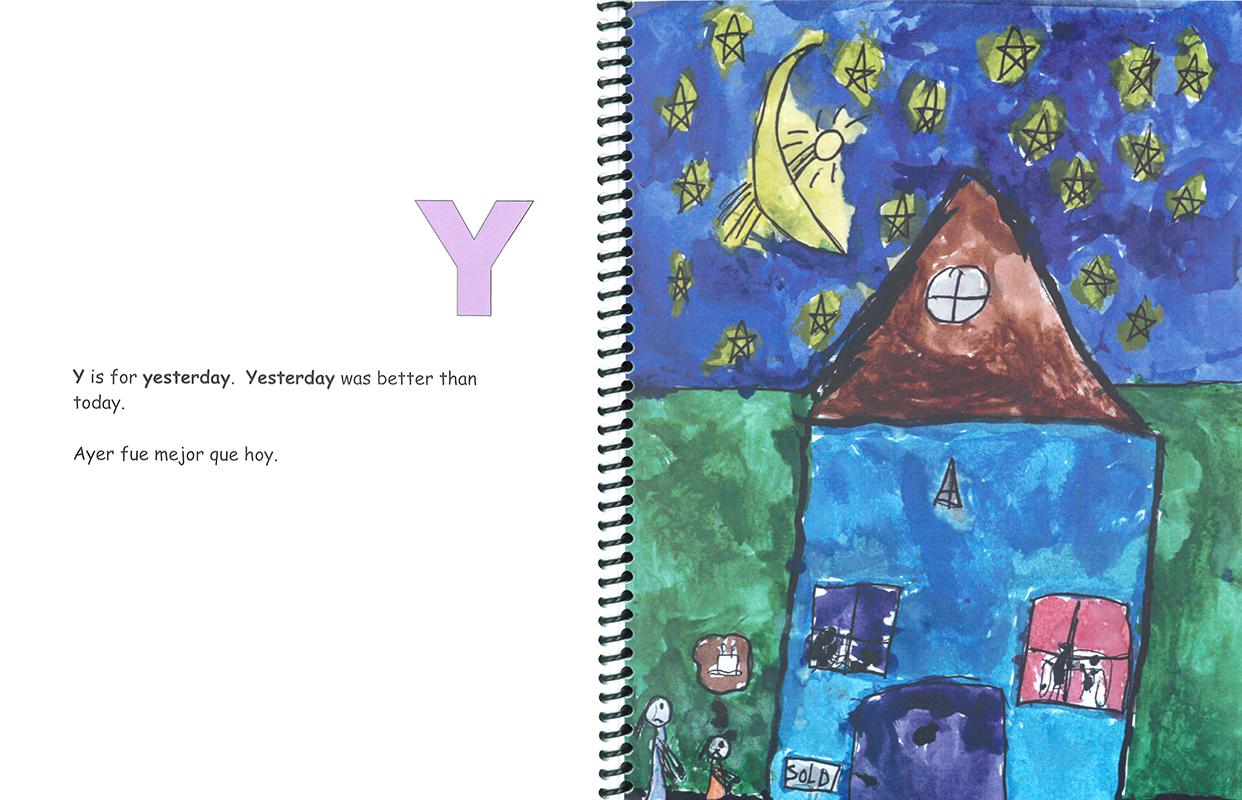 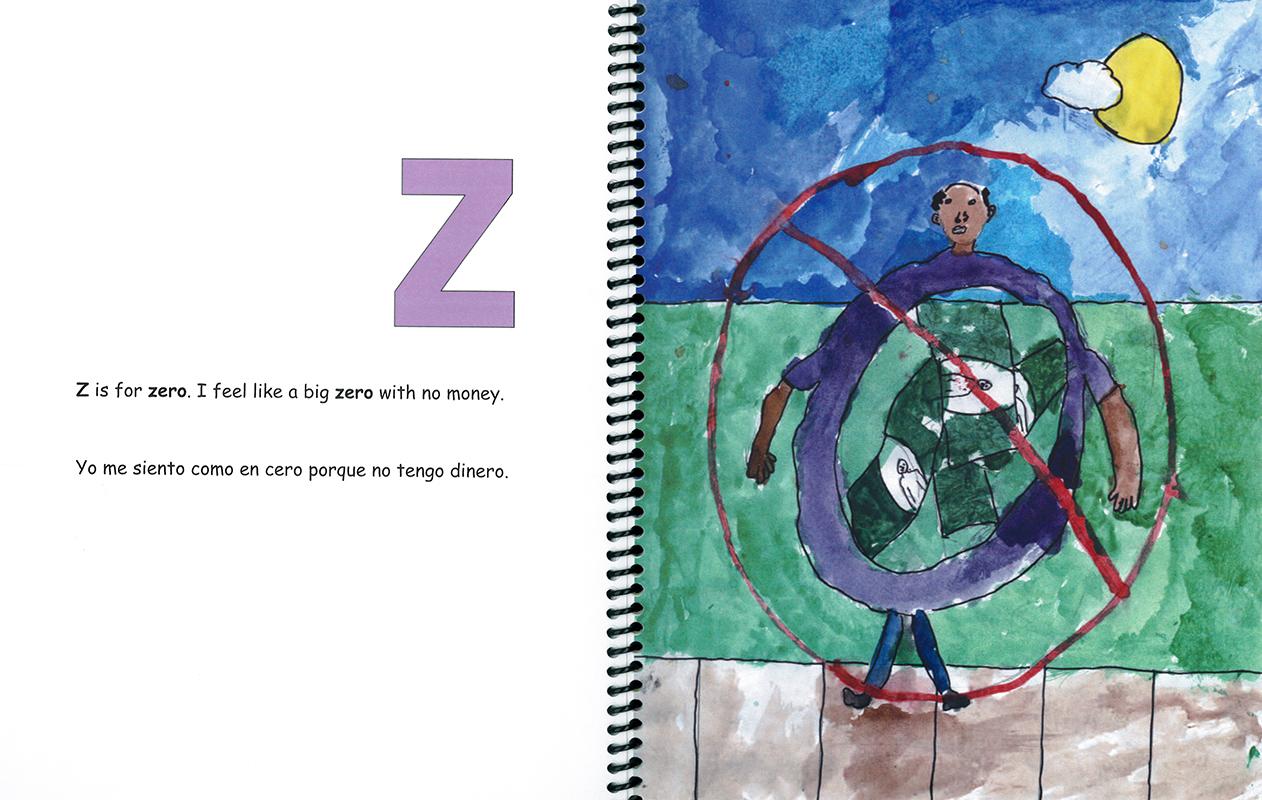 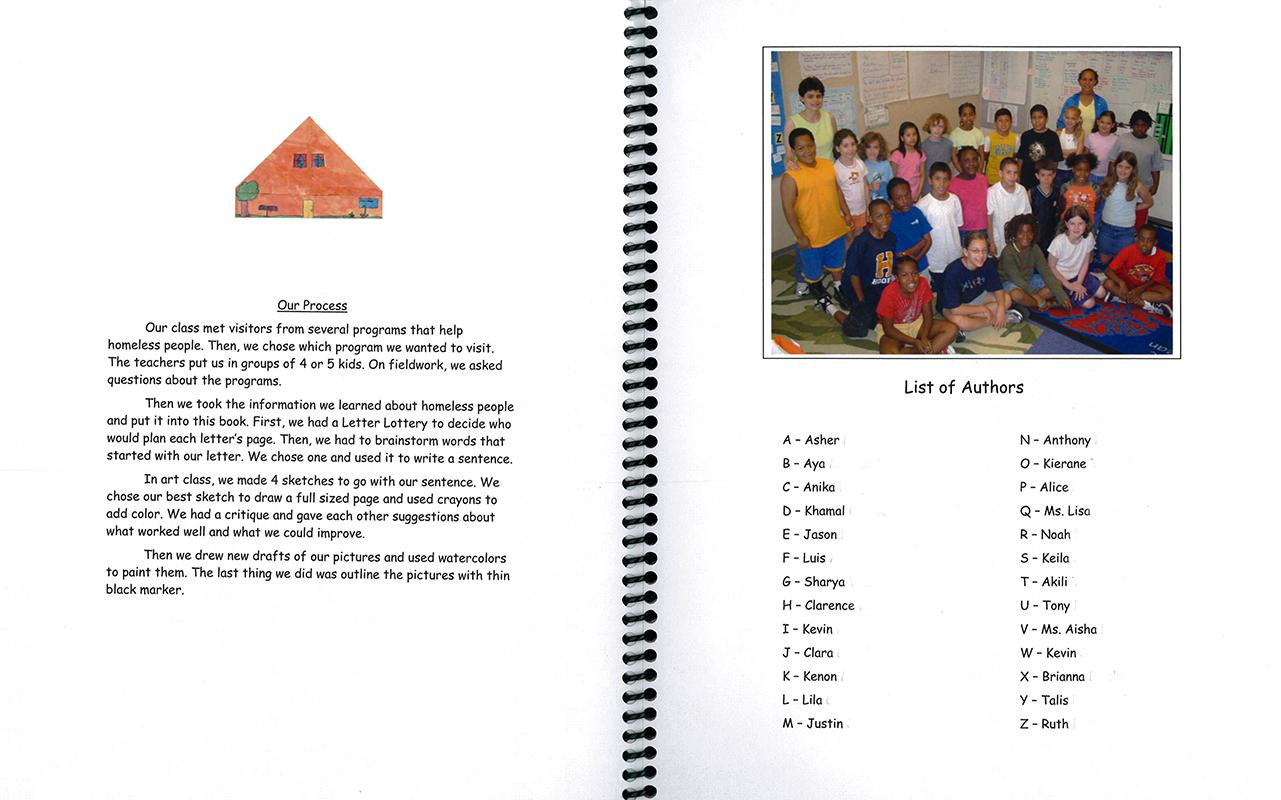 This ABC book about the lives of homeless people was created by 3rd and 4th grade students from the Capital City Public Charter School in Washington, D.C. The class took part in a Learning Expedition about homelessness in part because students walked by homeless individuals on their way to school, and it made them feel sad and powerless; they wanted to do something to help. Students noted that the “code of character” for their school compelled them to respect and care for everyone, but this didn’t seem to apply to the homeless. Some students in the school were homeless themselves.

As part of the Learning Expedition, research teams of four or five students, led by an adult, did fieldwork research in the community by visiting and interviewing organizations that supported the homeless, such as shelters and soup kitchens; they also interviewed homeless people.

One of the service elements of the expedition was this product: a book for young readers. Students chose the ABC book format because they wanted to help younger children understand and help the homeless, and see them as people. The class received a grant from a neighborhood commission to print and distribute the book to organizations that supported the homeless.

Each student chose a letter and wrote a page of the book, and did a watercolor painting to match his or her text. They tried to address an aspect of homelessness that would help others to understand the feelings of homeless people. To address the language needs of local students and the class’s study of Spanish, the text is bilingual.

Creating the product provided a framework for discussing, and dealing with, social and emotional issues in the classroom: problems of poverty, respect, loneliness and love were concerns that most students experienced themselves. The creation of the product was a crucial element in crystallizing and sharing the learning involved in this Learning Expedition.

Five years after creating this book, students were able to give a copy to President Barack Obama, who visited the school just after his inauguration. The fact that they remained proud of this project five years later is a testament to its power in their lives.

This project was featured in an exhibit at the Harvard Graduate School of Education in 2010 featuring exemplary student work, Books for Kids, by Kids.