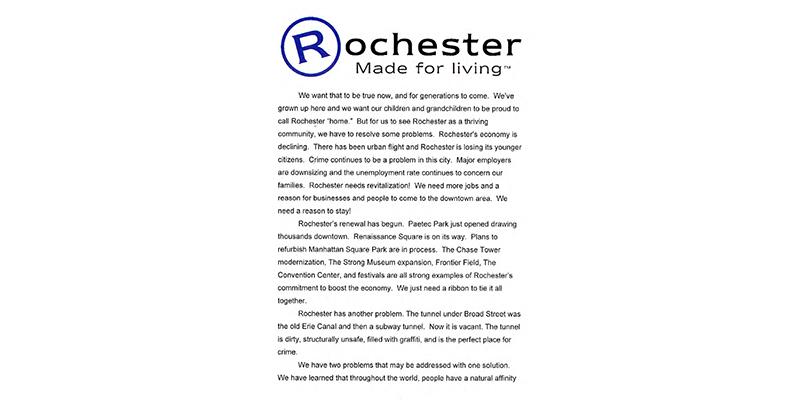 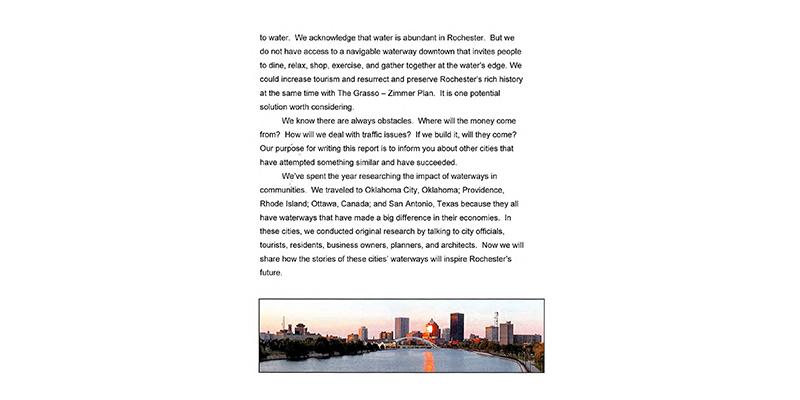 Sixth grade students at the Genesee Community Charter School in Rochester, New York created a report/position paper arguing for the reconsideration of an unsuccessful bond issue to revitalize downtown Rochester by restoring water to the dry Erie Canal waterway.

Students first learned about the Grasso-Zimmerman plan by meeting with the authors of the plan and learning first hand about their proposal. They traveled in small groups to four different cities to speak to people who had been involved with waterway projects. They interviewed experts: the mayor, city engineers, city councilors, business owners and citizens.

All students joined forces to write a document presenting the value of the project. The final report was presented to city officials and other interested citizens.

How This Writing Can Be Useful